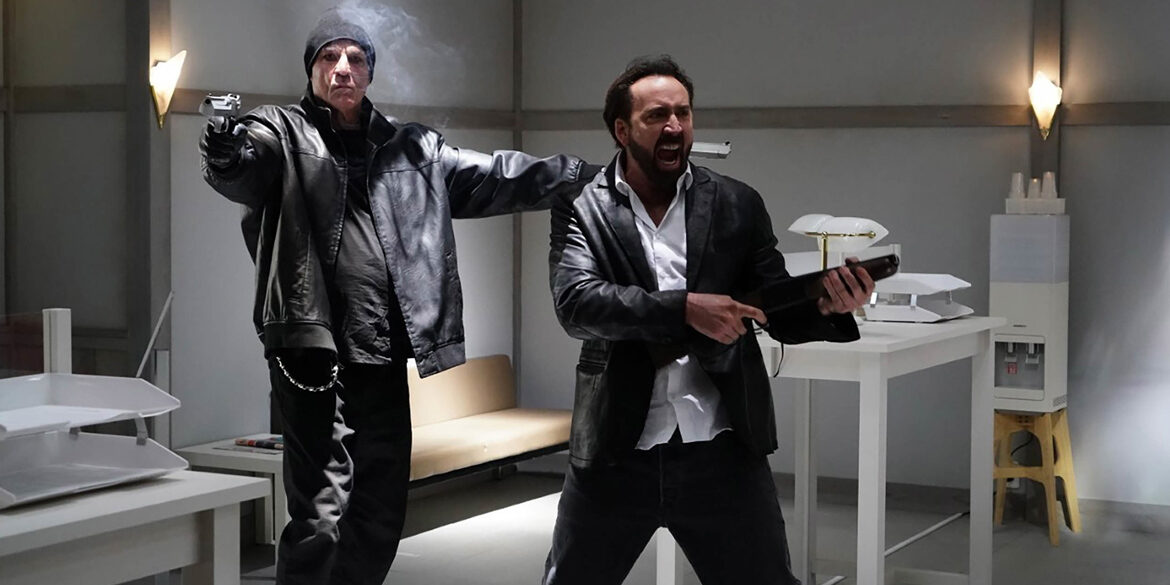 Love him or leave him, Nic Cage has consistently been putting out at least one marquee genre film each year and this year starts with a bang with “Prisoners of the Ghostland”. The set-up is simple, Nic Cage is a bad dude who is hired by another bad dude to rescue a girl in a place no one can ever leave. The premise makes absolutely zero sense but its elevated by over the top action, beautiful cinematography and Nic Cage attempting to do high kicks. It’s a mixed bag but one that audiences who catch this in a theatre will surely love.

The film was surely sold as a mixtape film with one part Mad Max, one part Escape From New York and one part The Good, The Bad and The Weird. It’s a combination that works for fans of Cage and the absurd action genre. Those looking for a moving premise or one that has deep character development will be sorely disappointed.

We begin with a flashback sequence with a bank robbery lead by Cage and his giant and super bizarre looking, Nick Cassavetes (Director of The Notebook) that turns bloody. Somewhere else, maybe at the same time, we see three women escaping from a red light district and into a desolate city where she screams “I AM NO PRISONER!”. This is our damsel in distress, Bernice (Sofia Boutella) who seems to not know what film she is in until the last 15 minutes.

Next we are introduced to the leader of Samurai Town, The Governor (Bill Mosely), who is looking for Bernice. This was the peak of awesomeness the film presents this insane town that is a futuristic world where everyone is either a cowboy or samurai and often sing in unison their feelings. They bring Nic Cage out from a jail and strip him naked and put on a leather suit that is fitted with explosives. He’s instructed to bring back Bernice from the Ghostland or he will explode in 5 days.

At this point, you probably are thinking, “Fuck yes! This movie sounds amazing” and at this point it all still makes sense and is amazing. But too many ideas and no sure handed direction has the film getting lost in it’s own mythology as we are introduced to demons, ghosts, time paradoxes and more. It’s a lot but it’s brisk running time doesn’t allow you to dwell to heavily on it’s script as soon Cage is wielding a sword in one of his arms in it’s epic finale.

This is a film that will make people miss film festivals and packed showings on opening weekend as it’s one that would benefit heavily from those situations. In a home viewing, it might cause people’s attention to drift even with all of its own high anxiety riddled tone. One thing that is evident here is that director Sion Sono knows how to maximize his budget with each frame and action set piece feeling bigger than the next.

Overally, you’ll enjoy your visit to Samurai Town, even if it doesn’t all add up story wise. It’s a fun, gore packed and lavish world that will demand future midnight screenings. Look for this one to generate a ton of internet memes as Cage is heavily quotable and has some of his best facial work since his cartoony 80s characters.