REVIEW: ‘Son’ Asks Questions but Runs From the Answers 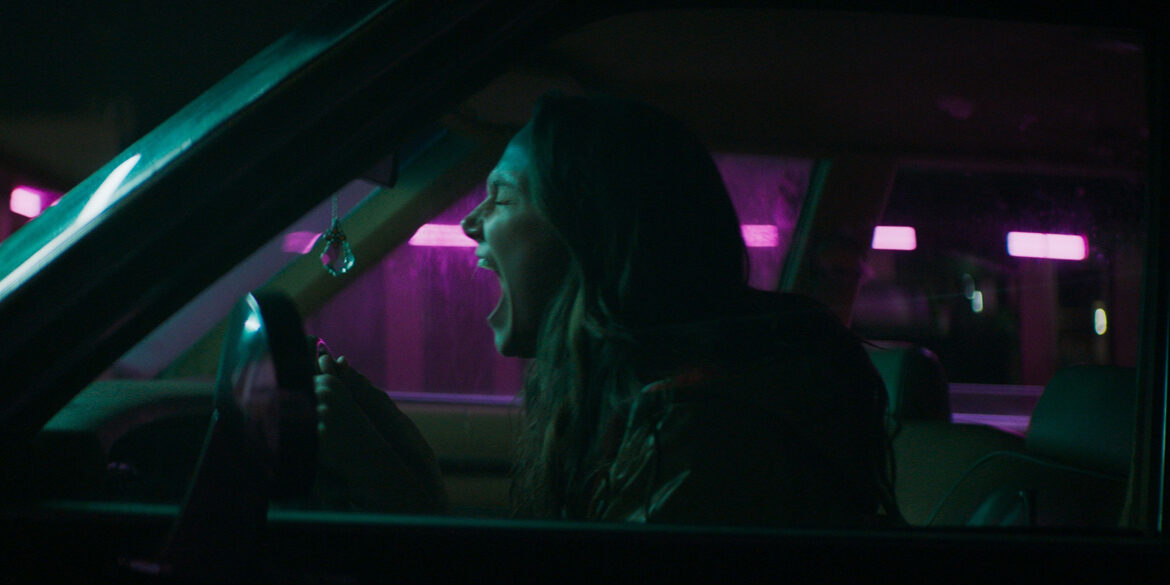 I don’t usually start a review this informally, using that pesky first person and all; inserting myself into the review. But whilst watching “Son” the new feature film by Ivan Kavanagh, I couldn’t help but notice myself in one of those strange universal moments that make you look over your shoulder, hoping to see that rift in the simulation. Son follows the thematic exploration of so many films I have seen lately. I don’t watch trailers and I don’t read synopses when I agree to discuss a film, but the last several films I have reviewed have been about that classic “frantic woman who madly tries to convince everyone she’s not crazy” trope.

I think my simulation is skipping.

Okay, we now return to the standard review:

Son opens on harsh trauma with little or no moments of narrative inoculation. A young, disheveled woman stumbling into a diner only to be followed by questionable men, only to rush to her car and eventually giving birth to a child alone. She then uses her first motherly words to tell the child she doesn’t want it.

From here, we flash forward to when the child has grown to pre-adolescence and everything looks much, much different.

At its heart, this seems to be what Son is pointing to; the duality of trauma. We all experience it, we all carry it with us afterwards dutifully. But it’s always there. No matter how much we embrace the normality of civilization the darkness that forms us is skirting just under the surface always.

In Son this comes forward as the titular character begins to change, a perverse bit of puberty.

The mother is then forced to face her past trauma, the current trauma of her son’s self destruction, and the disturbing solution to it all.

This is where the film really settles into its apparent themes. We all have, or will, run from trauma only to find that it always catches up and demands to be faced. The additional wrinkle here, and for so many women in life, is that the trauma is twisted, ignored, or warped to be the victim’s fault. Our protagonist is screaming the truth, screaming for help, trying to find help with her trauma. In return, she is disbelieved, condescended, dismissed, and eventually vilified.

This seems to be a thinly veiled exploration of sexual trauma and our cultural response to it.

The trouble with the film though, is that it skims along this important theme with a convoluted and overly thought out plot-line. The filmmakers seems so intent on explaining the course of events and the reasons why, we lose all time with the trauma itself and the emotional impact of it.

It seems that the film, much like our cultural response to such things, seems intent to rush over the trauma itself in some attempt at resolutions and solutions. As an audience we are given very few moments with the the characters to really stew with the weight of the themes and the repercussions of them. Instead it becomes a procedural with gore.

So, while the thematic approach and setup of Son asks some important questions and seems intent on exploring them, the film itself never feels completely comfortable doing so.

Instead, we rush through a derivative narrative towards a familiar ending fueled by forced logic.

65
REVIEW: ‘Son’ Asks Questions but Runs From the Answers