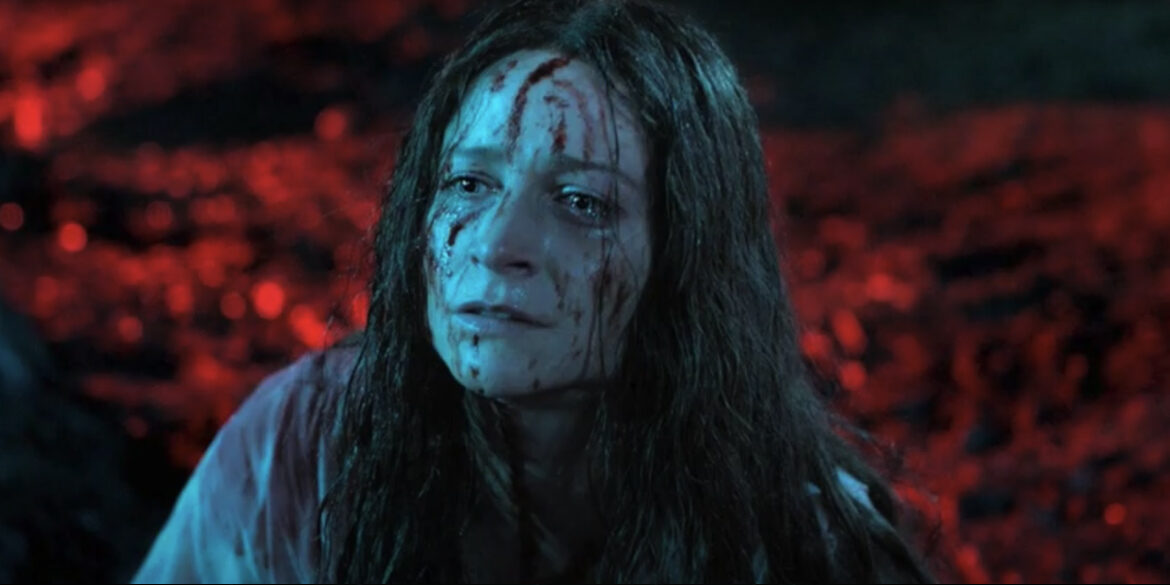 If art has real power over our decision as people, then horror must be trimmed, cut and (sometimes) outright banned. Such was the case in the 1980s in England where censors attacked horror films for being exploitative and potentially dangerous to children.

The powerful and sure handed debut from writer/director Prano Bailey-Bond, follows Enid, a woman who works for the censor board and picks and prods at low budget horror films that became known as the video nasties. Her colleagues and her watch film and film making notes about eye gouges that need cut, violent acts that should be trimmed without batting an eye. They are numb to the content themselves but are deeming what is safe and unsafe to the public. That is until a film they approved is used as an excuse by a man who murdered his family.

As she looks into the film, one she barely remembers, she becomes obsessed with how it was made and how it might tie into her own personal tragedy. Isn’t that how we all relate to a good horror film? Through our own personal tragedies? The catharsis that horror brings to the viewer?

She digs deeper and deeper into the meaning and making of a film called ‘Don’t Go In the Church’ that she begins to find herself in the actual film. Every detail of this film she was responsible for rating and thus allowing it’s release, becomes her obsession as she attempts to connect the dots to her mysteriously missing sister.

Through the course of the film we are presented with a number of unique and vintage stylings including a variety of different aspect ratios and lighting sequences that invoke the decade  auteurs like Argento, Cronenberg and Fulci. As Edin finds herself more entranced with these films, so is the viewer as Bailey-Bond covers the landscape with gorgeous red and blue lighting scheme that would fit perfectly in an Argento film. As for blood and gore, there is no short of bloodletting in this film, in particular the wild last 20 minutes where truth meets fiction.

There are a lot of conversations that this film presents, from censorship (obviously) to how we as the audience find ourselves in a film, living it’s truth and how obsession can lead to dangerous paths. It’s a terrific debut that’s celebrating a decade of horror it knowingly loves and adores.

One of my favorite experiences of the festival and a film I expect to end up with an A24 or NEON logo in front of it when it eventually finds a home. Fans of Peter Strickland’s giallo homage ‘Berberian Sound Studio’ will find themselves a perfect companion piece here.