SUNDANCE 2022 REVIEW: Dual: This World Ain’t Big Enough for the Both of Us 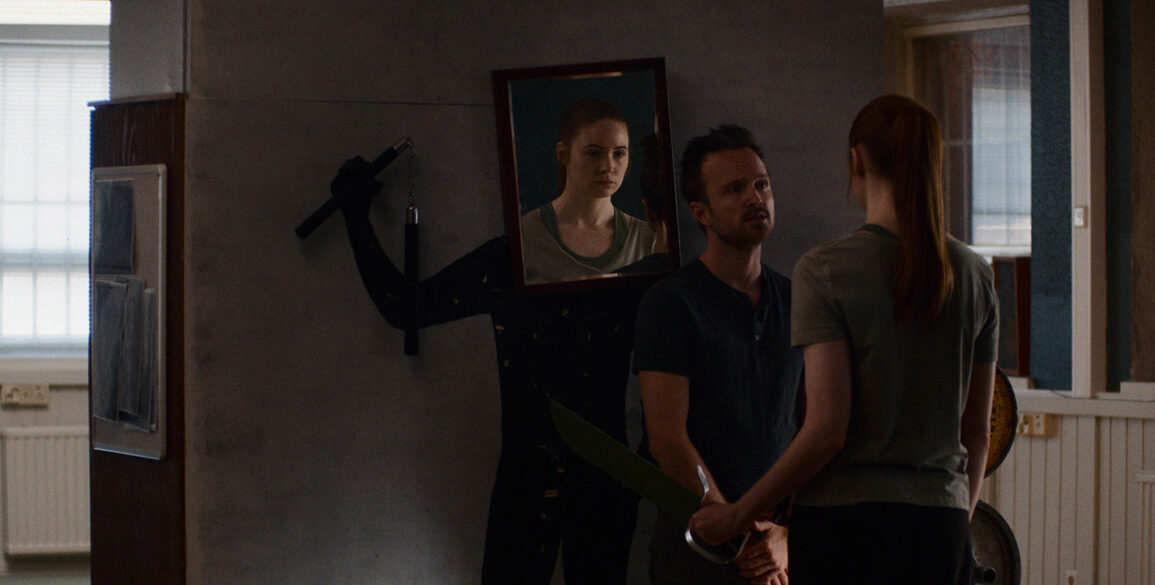 What if you cloned yourself only to have everyone around you like the clone more than the original? That’s the question posed in director Riley Stearns third feature film, Dual.

Continuing his path of hyper reality, Dual takes us to the not-to-distance future where you can cloan yourself in (about 30 minutes) so that when you pass away your friends and family have someone there that takes your place and looks like you. “It helps with the grieving process” they say and with the convenient payment plan that the clone takes over when you pass, it’s rather affordable. It’s an oddball future premise but one that I enjoyed with the robotic lead performance of Karen Gillian.

Like his previous films, “Faults” and “The Art of Self-Destruction” this continues his near deadpan delivery that for many they will see as a “Napoleon Dynamite” rip off but for those willing to engage with the performances fully, might walk away with a more Lynchian world.

After a few days of her boyfriend dodging her calls, she’s told that she is dying. Even the doctor who explains her condition at the hospital has no remorse telling her that she is going to die 100%. It hits her like a load of bricks. She’s going to die and she’s done fuck all with her life. So, she decides to get a replicant of herself made to ease the pain for her boyfriend and her mother.

30 minutes later her clone is cooked up only “something went wrong” in the baking process and her eye color is different. She decides to keep at a small discount and then begins the training process so that when Sarah dies it’s as if nothing had happened and her clone takes the place. Problem is her clone isn’t exactly acting like it’s supposed to and begins living her own life on her own terms.

Of course, in this future world where nothing goes as planned for Sarah, her 0% chance to live reverses and she’s seen as a miracle that can’t be explained. Because clones are only for people that are dying, she is able to decommission the double and breaks the news to her boyfriend and mother who both prefer the clone to her and (literally) shut the real Sarah out of their lives.

At this point the real film starts when the clone is able to decide they want to live by way of a dual. Sarah pours her entire life into training to kill her double with her trainer, Trent (Aaron Paul) who teaches her the ins and outs of murder.

There is a consistent thread of satire of our everyday life habits, relationships, and even our interests (Mexican food rules) that keeps the laughs aplenty. The film doesn’t have a traditional narrative but with Gillian’s weirdly enigmatic performance you are constantly engaged and rooting for this slum of a human to kill her double. A movie that not everyone will be able to connect with due to the strangeness of the performances and dialog but one that I quite thoroughly enjoyed. 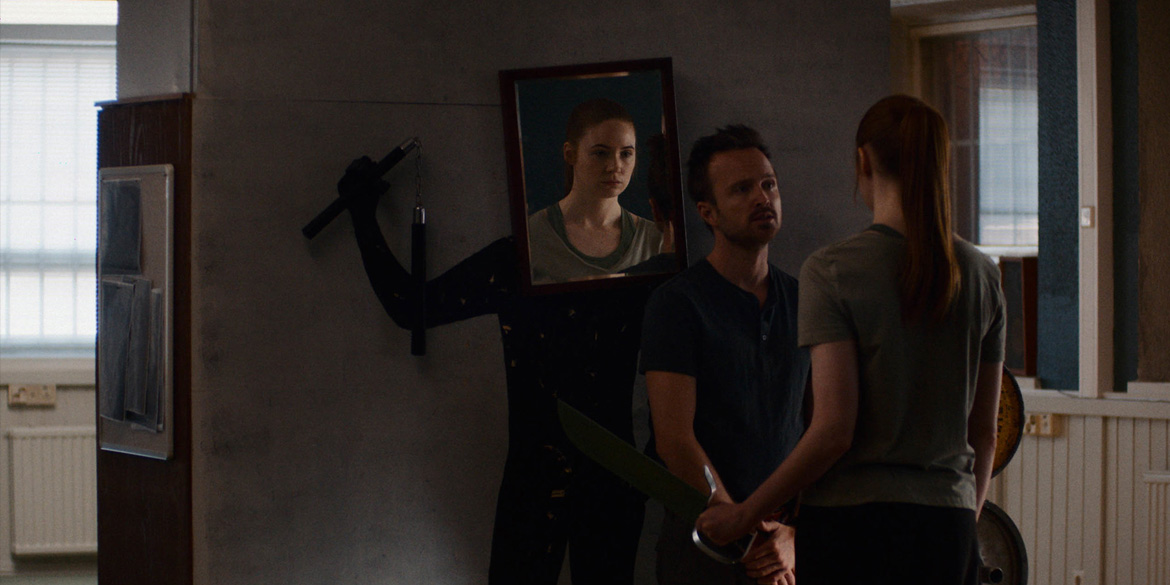 SUNDANCE 2022 REVIEW: Dual: This World Ain’t Big Enough for the Both of Us
80