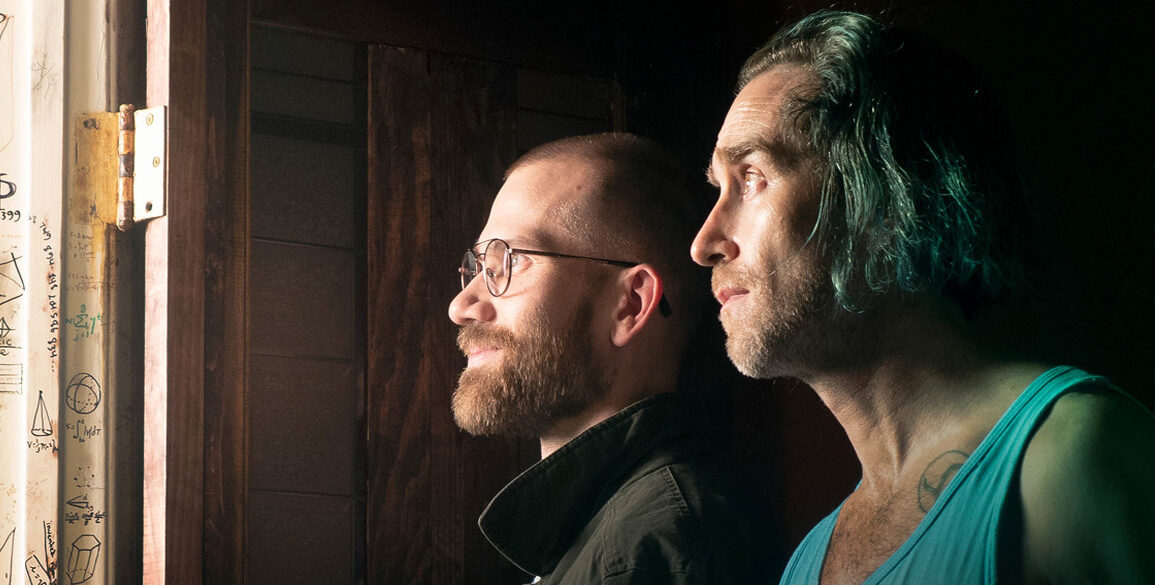 “What is that the hope diamond?”

I’ll first preface by saying that Justin Benson and Aaron Moorhead are two of the most interesting filmmakers working today. They have created one of the most interesting visual framework that is distinct to their work. They tell the type of human stories with rich genre throughlines that I wish were in our blockbuster films. I imagine someone like Christopher Nolan is their biggest fan.

Two strangers, John and Levi meet outside their apartment building and over the course of a cigarette begin to build on a morsel of a friendship that will blossom into something greater than the two of them when an ashtray begins to shine unexplainable light outside of itself.

Set in Los Angeles two men search for answers to the seemingly interconnected strangeness in their apartment building. They start by setting up cameras and microphones to “catch” it on camera. But as always happens, nothing works when the paranormal experiences happen. They debate and question the reality of what is happening around them and each time they do something else seems to appear. A series of numbers that leads them to the middle of nowhere where they find redacted documents. A message in the radio waves that has them questioning their own doors and windows. Whatever is happening it’s bleeding into everything around them.

Through a series of intercut interviews, re-enactments and traditional narrative filmmaking we are told the story of this time in their lives when they were stumbling on something greater than them. It’s a mind bender of a spider web that evolves in both it’s storytelling approach and the conspiracy theories that they build ontop of each other.

It feels as if Benson and Moorhead (who play the leads) are telling us a bizarre story that is parallel to their own relationship to storytelling. Two guys, sitting around an apartment trying to craft a narrative together that makes sense to them while utilizing all sorts of cameras, musical equipment, etc. I can’t help but believe this was crafted from the pandemic when these guys were locked down with their own creativity and overworked brains.

Like the characters in the film, some people might just see a cheap crystal ashtray but what if that ashtray is actually a magical element (MaGuffin) and could tell a story? What if we made a documentary about us finding the truth of that relic? What if this is all too dangerous and might put our lives at risk?

The constant stream of consciousness and determination to fit all the pieces in their place will have some frustrated… aren’t we all frustrated when a conspiracy leads to a dead end? At the same time it feels as if everything is perfectly where it is meant to be and all the answers to the questions are within this films 2 hour running time.

“Something In the Dirt” was apparently made with just three people on crew but feels larger than most blockbuster films with hundreds. There is a dedication at the end of the film to “making movies with your friends” alongside some behind the scenes photos. It’s a perfect cherry to the mega clever DIY film from two of the most creative minds working today.

Put on your makeshift radiation suit, scan your radio waves for clues and prepare yourself because everything is connected. 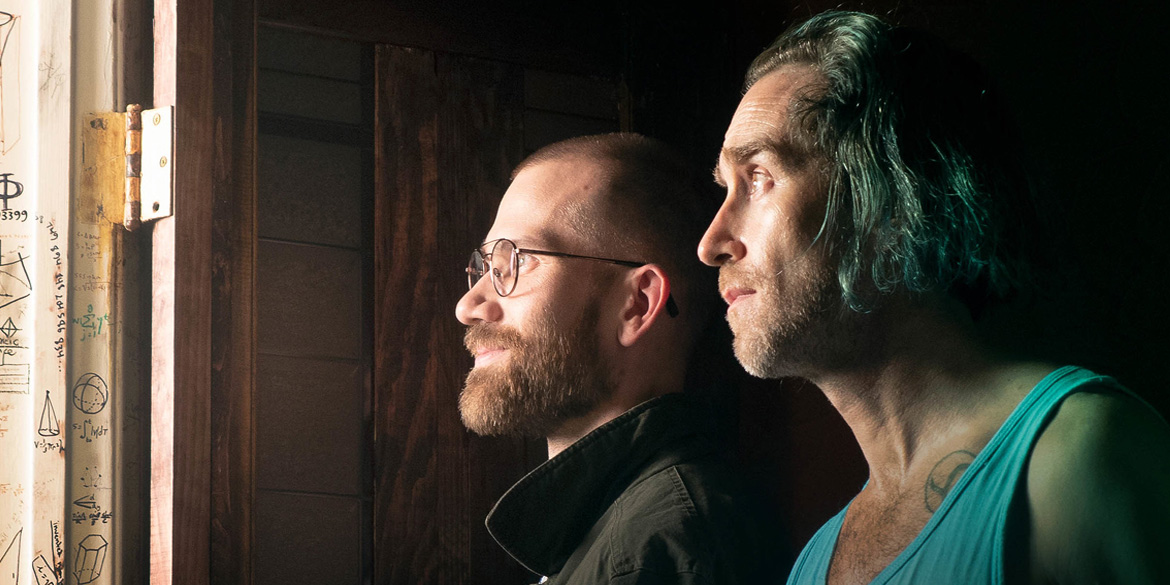