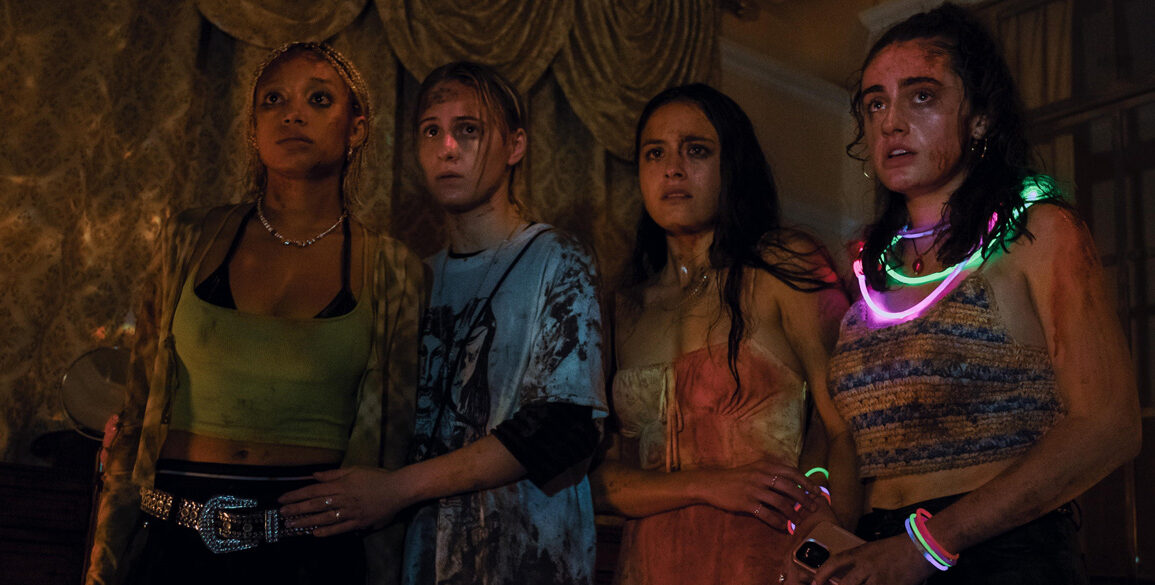 We’ve all been there… In a new relationship and the excitement of learning everything about each other. Discovering who they are and meeting each other’s friends. Diving into their past relationships, family and inside jokes. It’s a whole thing. In Halina Reijin’s raucous second feature, sometimes your past comes back to bite you in the ass.

In what was easily the most rambunctious screening at SXSW, a new couple Bee (Maria Bakalova) and Sophie (Amandla Stenberg)  who have been together for 6 weeks, head to meet Sophie’s friends in a secluded mansion as a hurricane approaches. Sounds like a total blast.

Enter David. Sophie’s childhood best friend played by Pete Davidson, in his most coked out, fuckboi role yet as the host of the party. He’s not quite excited to see Sophie who has all but vanished since she got sober. Other guests include Emma (Chase Sui Wonders), an actress, Alice (Rachel Sennott) , host of a self indulgent podcast, her newly acquired boyfriend, Greg (Lee Pace) and her ex-girlfriend, Jordan(Myha’la Herrold).

The hurricane is quickly in full swing and so is the party. They drink and do drugs until Sophie decides to play a game from their past called ‘Bodies, Bodies, Bodies.’ This is kind of a variation on the game of Werewolf or Mafia but with an interesting beginning. Everyone must slap the person to their lefts face and then do a shot. Then the lights turn off and the murderer touches you, the other players have to find the murderer.

Things take a turn for the worst when the storm knocks out the power and one of them actually ends up dead. It’s no longer a game of whodunnit but a game of who do they actually trust?

The set-up certainly feels that it was cooked up during quarantine and you can feel the walls closing in on these characters who aren’t able to go outside. It’s a dark and claustrophobic film about what it’s like to be upper class and in your 20s in 2022. And boy did they really find unique ways to light the film using cellphones, glow sticks, flashlights, and emergency lights to help these characters stumble through the night. It’s a gorgeous film.

This is the type of film that is an easy breezy watch that has plenty of brains criticizing our culture and isn’t afraid to shed some blood. I can’t wait to watch this one again when A24 releases it later this year. 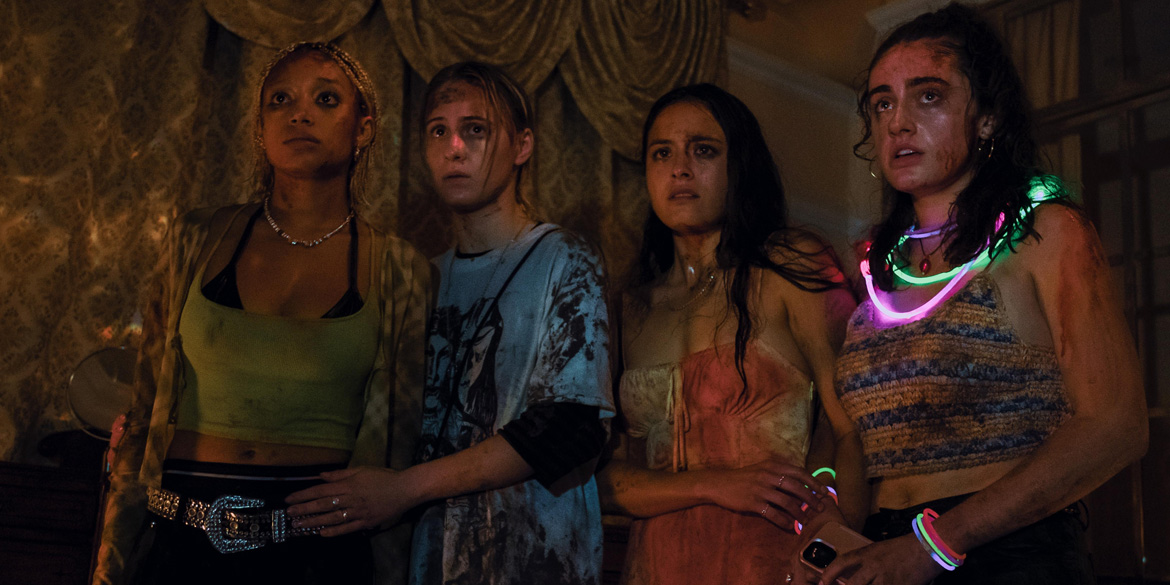