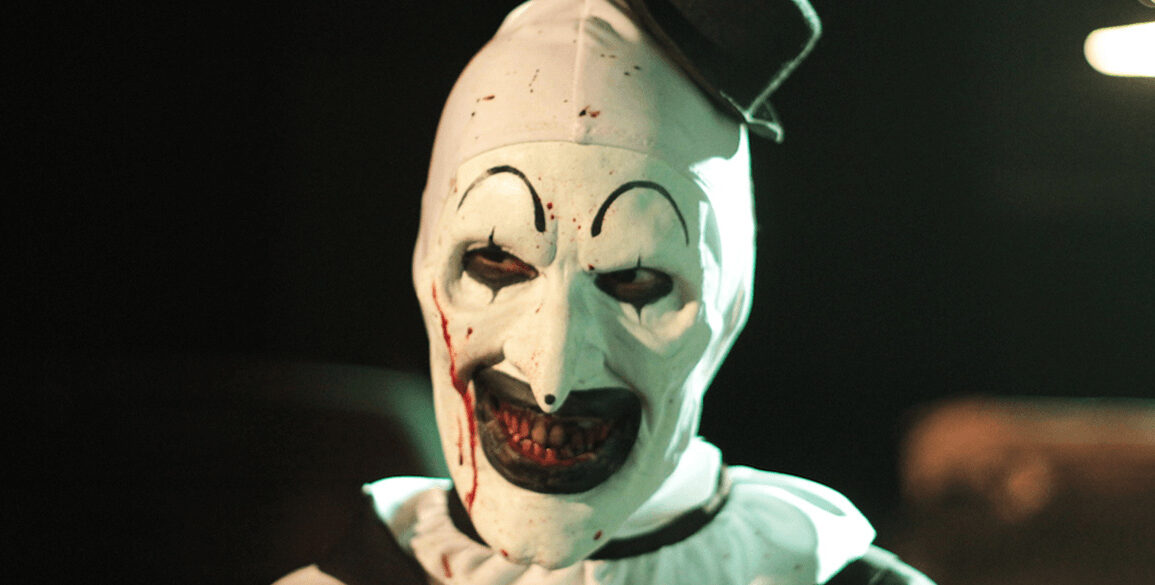 The ultra-gory slasher will open in theaters Nationwide this Halloween season before streaming exclusively on the Bloody Disgusting-powered SCREAMBOX.

‘Terrifier 2’ has Art the Clown up to his old tricks once again.  Following his gruesome demise in the first film, a sinister presence has brought Art back to life to rein terror on the residents of Miles County.  On Halloween night, he returns to the unassuming town and sets his sights on fresh prey: a teenage girl and her little brother, portrayed by LaVera and Elliott Fullam, respectively.

The film marks the fifth on-screen appearance of Art the Clown.  Originally created for a pair of low-budget, bloody shorts, the character made his feature-length debut in Leone’s 2013 hit All Hallows’ Eve. His iconic look, plus the personality and humor he exudes, changed the way we look at killer clowns forever.  The sadistic clown went on to become a cult-horror icon with various pop culture merchandise companies selling masks, costumes, enamel pins, air fresheners, figurines, and even ugly Christmas sweaters.

“The Terrifier franchise embodies everything that’s great about the iconic slasher flicks of the 80s and 90s,” said Bloody Disgusting and SCREAMBOX Managing Director Brad Miska.  “It’s nostalgic, it’s dark, it’s bloody, so it’s no wonder the movie—and especially Art the Clown—have become a staple for horror and Halloween fans alike.  Fans are not prepared for what they’re about to experience.”

Says Director Damien Leone, “Just like our incredible fan base, Bloody Disgusting immediately recognized the film’s franchise potential and acknowledged Art the Clown as a new and formidable presence in the genre.  It was encouraging to find the perfect home for our batshit crazy, no holds barred, balls-to-the-wall horror film after three arduous years of production, a global pandemic and endless gallons of blood.  Our goal was to create a horror film that was boundary-pushing, fresh yet old-school and demented as hell.  You know…a film you can take the kids to!  We are thrilled to finally answer that once dreaded question…’So, when does Terrifier 2 come out?!’”

‘Terrifier 2’ is developed by Dark Age Cinema and Fuzz on the Lens Productions and features an original score by Rostislav Vaynshtok and Paul Wiley.  The film is produced by Phil Falcone, Steven Della Salla, Jason Leavy and Michael Leavy.  Executive producers include Cairo Ben Amen II, Joshua Anderson, Steven Caruso, Lisa Falcone, Hank Greenberg, Marcus McGill and Thomas Smith.  The deal was negotiated by Brandon Hill on behalf of Screambox & Bloody Disgusting and Priscilla Ross Smith of The Coven on behalf of the filmmakers.

After the film’s planned theatrical release, ‘Terrifier 2’ will debut on SCREAMBOX.  Powered by Bloody Disgusting, the horror streaming channel features a broad mix of content for casual and die-hard horror fans alike.