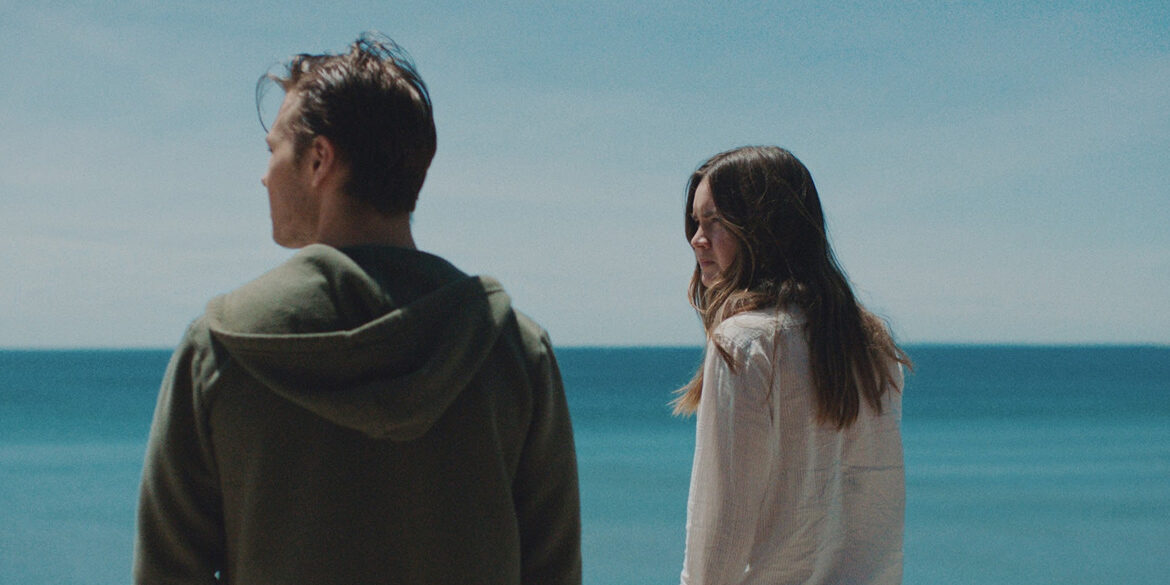 The Beach House, the new film by Jeffrey A. Brown, feels like a puzzle built with pieces that were taken from several other puzzles in an attempt to make a brand new puzzle. To the credit of Brown and his creative team, with distinct pieces from H.P. Lovecraft, George Romero, Eli Roth, and Stephen King, the narrative image of The Beach House puzzle somehow manages to feel both reverential and original.

Conveniently enough, one of the first shots of the film reveals an unfinished puzzle of Botticelli’s painting ‘The Birth of Venus’ which is a bit of clever foreshadowing of what will unfold in the film.

One can’t help, however, but feel that this allusion is also a nod to the fragments of inspiration that paints the narrative and visual choices within the film. This film is an evolution of horror films and stories that have come before. It seems Brown is well aware of this fact and consciously wraps this into the broad theme of evolution and change that the film entertains.

The narrative of the film follows a young couple escaping to a beach house for a weekend of reconciliation. They discover, though, they are not alone in the house and an older couple has also nestled in for a weekend of relationship bonding.

The two couples parallel each other, but they are different.

As the older couple declares, “it must be nice to have the time’, in reference to the young couples university experience and philosophies. There is sadness in their eyes as they say this. They were of a different generation, they were of a different social evolutionary time. This new couple is the new evolution, the new iteration of romantic partnership.

The younger woman, and our eventual protagonist, delivers this idea with a pretty overt bit of monologuing as she talks about her studies of organic chemistry and astrobiology.

She speaks about how fragile life is, how if one thing was slightly off in our environment we would be nothing. She is speaking about biology, and the coming culmination of the film, but it also applies to culture and socialization. The older couple had a different path due to things being slightly off or different.

They are both biologically the same, romantic partnerships that have paired up due to internal, biological chemistry, but the conditions of their environment has led to a noticeably different outcome.

As for the culmination of the film, which harkens the style of the aforementioned storytellers, it too explores the idea of “one thing slightly off”. One thing changes within their environment and it changes everything. In the narrative of the film, that thing leads to some especially familiar horror tropes, but it also introduces a new approach to those same tropes.

Through some Lovecraftian imagery, the film ambles through a landscape where we become the “one thing off” in the environment. The environment begins to change, and the humans are the piece that does not fit into this new puzzle.

That is what makes this film so interesting, instead of following the tropes to the monster being external, this film makes the humans the alien, or the monstrous, beings. The traditional, external invader/monster feels less than monstrous. It feels biological and natural.

Our protagonist continually says “don’t be afraid”. She is the voice of evolution, of natural progression. So even while the traditional tropes of horror flash on the screen, there is a real sense of awe, of nature evolving.

There is no ill intent, there is no hate, or anger. It is the moment that humanity is faced with the humility of truth. That we are not special, we are just another ‘thing” in our environment.

75
REVIEW: ‘The Beach House’ is a Puzzle of Borrowed Pieces 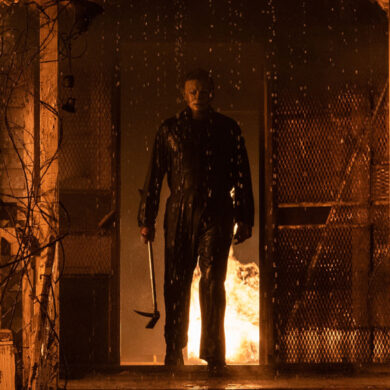