Review: ‘The First Purge,’ is Another Timely Installment in the ‘Purge’ Franchise

What does a franchise do next when it’s achieved the remarkable task of improving upon an original movie in two of its sequels?  In the case of The First Purge, it goes back to the beginning.  The problem is, what made The Purge: Anarchy(2014) and The Purge: ElectionDay(2016) successes were that they built upon the solid concept of The Purge(2013) by adding to its mythology and revealing some genuine surprises.  What can we learn in The First Purge that we don’t already know and that wouldn’t have been mentioned in three other movies?

The answer is, nothing, and that’s a disappointment. However, all is not lost, because the concept of one night a year when it’s legal to commit any crime, including murder, remains compelling.  I actually think there should be a prequel to the prequel, though, because the explanation of how the United States gets to a point that it would condone an event such as a “Purge” is again told in a quick, blink-and-you’ll-miss-it, recap at the beginning of the movie.  I immediately thought, “Yes, but how did we get there?!?”

It would be a different story, with more political intrigue than action and suspense, but a fascinating one. From what we’ve seen now in four movies, writer James DeMonaco probably has it in him.  And there’s no shortage of inspiration for a corrupt government than in today’s political climate.  In fact, that’s another disappointment here.  The events rattled off that led to the Purge are only partially happening today.  For example, it would be a more terrifying movie if unemployment in the movie were at an all low high rather than at all time high.

I guess then the angry, unemployed people of Staten Island wouldn’t be so eager to participate in “the experiement.” They’re paid $5,000 to stay in town during the Purge, and “additional compensation” if they actively participate in it.  As we learned in the other movies, it’s all an elaborate ruse for population control; the country can no longer afford to support people who aren’t working and the NFFA (New Founding Fathers of America), a third political party that rose from the ineffectiveness of the Democrats and Republicans, wants to wipe them out.

Therefore, they’ll send bands of mercenaries into Staten Island to ensure the Purge is a “success.” I guess the interesting part here is that not only the psychologist who came up with the idea, Dr. Updale (Marisa Tomei), figures out what is going on, but also an everyday drug lord, Dmitri (Y’lan Noel), that actually tries to stay from any bloodshed… until he’s forced to become a hero.  I should say, “potentially” interesting.  The concept isn’t fully realized, existing instead as just a plot point to get us to what The Purgemovies do best…

…and that’s the action. When their dramatic moments fail, you can always rely on some good old-fashioned violence.  Again there’s a problem, though, because this part of the franchise is starting to get stale. The First Purgeis saved because we care about the characters.  The movie, directed this time by Gerard McMurray instead of James DeMonaco, is actually subtle in drawing us into the world of Dmitri, as well as Nya (Lex Scott Davis), a lovely woman that shares an unknown past with him, and her son Isiah (Joivan Wade).

The cast is also filled with surprisingly likeable characters that add not only charm, but some genuine humor that comes from the people and the situation, not forced into the script because we need comic relief. Delores (Mugga, Orange is the New Black) is particulary entertaining, firing one-liners that come from the heart.  And Freddy (Steve Harrris, The Practice) is present in only a couple scenes, but he and his two buddies are people we’d like to get to know better.  Finally, there’s a great, truly terrifying villain roaming the streets: Skeletor (Rotimi Paul).

I’m a real sucker for these movies, and I’ve been the recipient of some backlash from my friends and peers because of this. Unfortunately, I find myself making excuses for liking The First Purgeinstead of defending it proudly.  The thing is, I know I proably shouldn’t like it, but the psychology of it continues to fascinate me.  It feels much more likely that events like a Purge could really happen than it did five years ago.  The movies dance around making too close a connection, but they come close enough to entertain me… and scare the hell out of me. 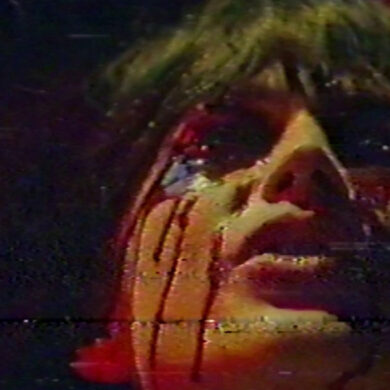