SXSW: A Review of Turbo Kid or How I Learned to Stop Worrying and Love Nostalgia 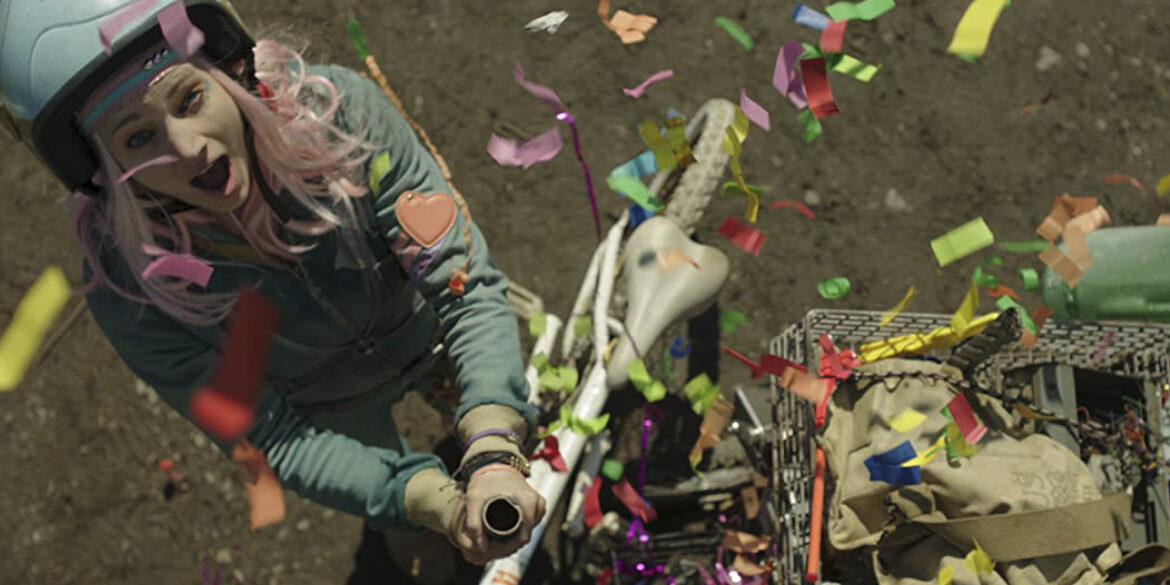 Nostalgia can be a double edged sword. On one hand, it’s a wonderful trip down memory lane, a chance to revisit those days when our real world responsibilities were low and we could invest our time devouring movies, music, television, and toys. On the other hand, it can be a reminder that the vey media we were devouring was merely a tool devised by soulless ad executives to sell us stuff. Now more than ever it’s easier to find those nostalgic sweet spots through the internet. Many a night I have fallen down a youtube hole watching 80’s cartoon intros.

There also is a trend of movies being developed all around nostalgia. Recent examples include Manborg and Kung Fury. However, rather than the soulless executives developing the material, it is the very kids that were raised with the material. Where upon with objective viewing sometimes you can recognize the advertising behind the nostalgia, this new crop of films feels genuine, a representation of our youth filtered through the very people that devoured it in the past. Which brings me to ‘Turbo Kid.’

Let me say off the bat that if you’re below the age of 25 you may not fully enjoy this movie as it aims to hit all those nostalgic sweet spots of anyone who came of age in the 80’s. Set in the future year of 1997, the earth is a post-apocalyptic hell hole where The Kid, played by newcomer Munro Chambers, makes his way across a wasteland inhabited by extras from The Mad Max film trilogy. The opening sets the tone and is very much a litmus test to see if you will truly enjoy it. A Stan Bush penned song, Heart of Thunder, accompanies The Kid as he rides his BMX bike, complete with mag wheels, across the wasteland searching high and low for clean water. Even the font for the title screen screams 80’s.

Co-written and co-directed by Francois Simard, Anouk Whissell, and Yoann-Karl Whissell, it would be easy to write this off as a simple throwback but the care, detail, and overall enthusiasm that seeps through the screen dares you not to have a blast with this film. The cast assembled are virtually all unknowns with the lone exception of one Michael Ironside but we will get to him later.

I was particularly impressed with Laurence Lebeouf who plays Apple, who ends up The Kid’s love interest. Unfortunately I can see where her performance may rub some people the wrong way but her physical presence, accented by her variety of facial features, really enamored me with her character and I found myself invested in her character. She plays the character as a full-on innocent, a reminder of our younger days when a simple game of tag was something to be cherished.

I spoke of Michael Ironside and he chews the scenery as Zeus, the leader of the bad guys bent on controlling the wasteland. He gets to have all the great bad guy tropes: he sports an eye patch, has a hand in killing The Kid’s parents, and kills for fun. He even gets a twist that you may see coming but it doesn’t matter because it’s Michael Ironside.

Another cast member that I really enjoyed was Skeletron, the second in command and essentially the mini-boss of the movie, who was portrayed by Edwin Wright. He had no lines and you never see his face but his eyes really sell the menace of the character.

Speaking of menace, this is an incredibly violent and gory film. I’m talking Raimi levels of gore to the point of over-indulgence but I mean that in the best possible way. At one point the severed lower torso and upper torso of a character end up on top of another character creating a grossly perverse totem pole. For gore is also mostly practical which was a trademark of the 80’s aesthetic. You have fountain like blood spurts and guts being literally pulled from characters. In one of the sweeter moments, The Kid and Apple share their first kiss while blood and viscera rains down upon them.

One of the touches I especially appreciated were the weapons utilized throughout the film as I can imagine many of them reaching cult status. Fist is The Kid’s power glove which is a play off from the Nintendo power glove only this one decimates and pulps it’s victims in the messiest ways possible. Then we have Skeletron’s saw blade launcher which is heavily featured in the media (trailers and promotional photos) and eviscerates in the greatest way possible. I also have to give props to Apple’s gnome stick and the hammer nun chucks.

I can tell you this is not a movie for everyone but for those that pass the initial litmus test, this is a movie that can be simply described as fun. Fun in a pure and nostalgic way and fun in an overall sense. This movie will play great with a crowd and has the making of a cult classic.

90
SXSW: A Review of Turbo Kid or How I Learned to Stop Worrying and Love Nostalgia 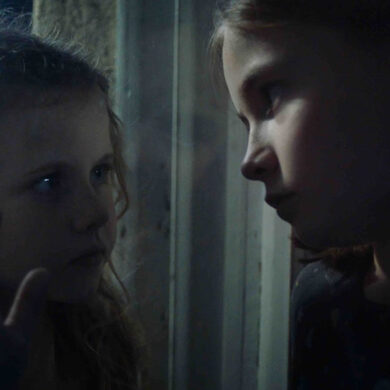