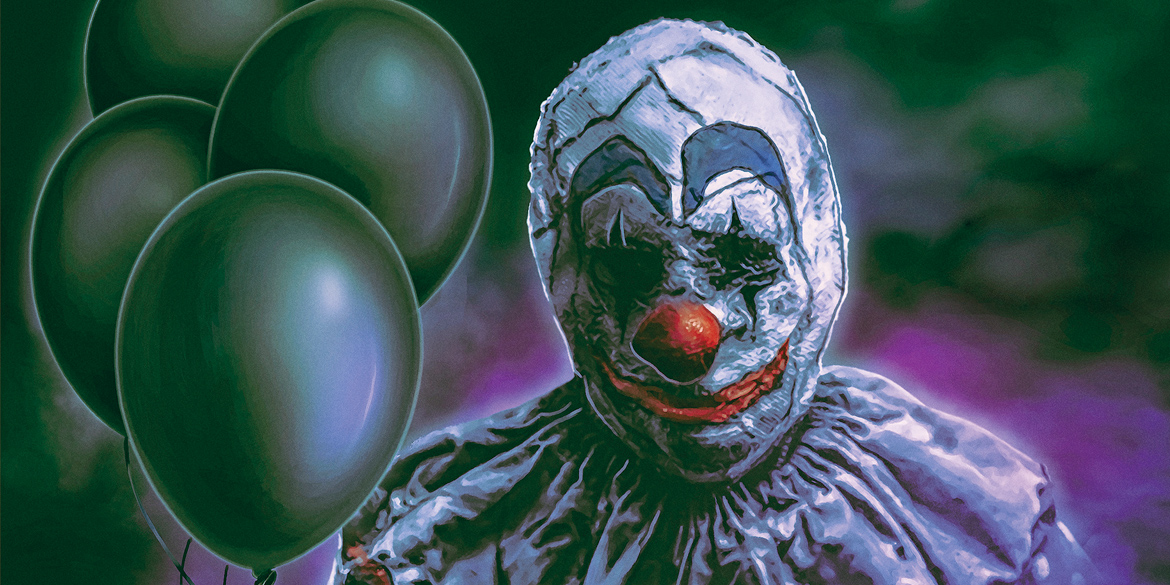 Panic Fest weekend is officially here! With it brings 20 features films, 18 short films and 3 live podcasts. There will also be plenty of filmmakers in attendance including two filmmakers that are no stranger to Panic Fest.

Director Adam Krause and writer John Pata have had multiple projects at the fest in the past including; Dead Weight, Pity, and now their new found footage clown flick, ‘Gags.’ But ‘Gags’ originally appeared at Panic Fest as a short film. Now it is all grown up into a feature and returning to induce panic in Kansas City.

I had a chance to chat with the duo about how ‘Gags’ became a feature and the origin story of where their fear of clowns came from.

John: Adam didn’t want to just take the 15 minute short and stretch it out to be 85 minutes, which I thought was a great way to approach the feature. Our main goal was two-fold. Incorporate a lot of the real life situations from the clown craze of 2016 and to expand upon the world and ideas Adam introduced in the short, and make it fit within the story we wanted to tell. So, making sure we were telling a compelling, horror narrative and not some type of lame-ass docu-drama was crucial.

Adam: My biggest challenge was that I had never directed a feature-length film before Gags. I have done numerous shorts and my goal since college was always to one day make a feature. And then all of a sudden it was happening and I was like, “wait a minute, do I know what I’m doing?” Casting, locations, shots lists – everything is increased tenfold when you go from the world of shorts to features. There was a lot of sleepless nights, a lot of second guessing and a lot of learning curves – but in the end, I can look back on the film and be very proud of what I was able to do as a first-time director.

Downright Creepy: There has been kind of a renaissance of clowns lately. Did you guys have a fear of clowns growing up? What caused you to originally explore this subject matter?

Adam: When I was a kid, 6 or 7 years old, my oldest sister had a stereotypical slumber party – popcorn, soda, horror movies. I snuck out of my room and watched 1989’s Clownhouse with them. And it terrified me. I couldn’t believe clowns were being portrayed in such a horrifying way. Shortly after that, like John, I was allowed to watch the original IT mini-series and that terrified me as well. While I have those memories, I wouldn’t classify myself as an official coulrophobe. But I understand the fear. I understand why clowns make people uneasy.

John: I definitely did not like clowns growing up, solely because of Stephen King’s IT mini-series. I was 6 years old when it came out, and I begged and begged my parents to let me watch it. Well, they did and I paid for it with nightmares for quite some time. The way the media took hold of the original viral stunt and the way people reacted was far more interesting to me than the clown itself. And considering the climate we’re unfortunately living in today, this was an exciting opportunity to center another film around what I consider the most frightening monsters of all: humans.

Downright Creepy: When can we expect GAGS to be available on DVD and what other projects are you currently working on?

John: As many filmmakers can attest, the world of getting your film out via distribution can be slow-moving and complicated. It’s too early to officially say anything, but there are some conversations underway. We’d like to hope that Gags will be available at home this year, so fingers crossed. We both have been working on multiple scripts. I recently read another excellent script Adam finished and would love to see it come to life. I’m hoping to get back to directing with one or two shorts this year, while working towards getting a feature off the ground. What’s crazy is while I have horror scripts ready to go and am writing others, I’m working one that isn’t horror and one that isn’t genre whatsoever – gasp!

Adam: I’m currently working on 3 scripts – two of them horror, one of them a family drama (it’s weird not writing horror). I hope to shoot a proof-of-concept this spring for a ridiculous idea I have for a feature that might either be the greatest idea I’ve ever had or the worst. But I almost talked myself out of doing the Gags short based on me thinking it was a terrible idea and that opened the door up to me directing my first feature. So I’m learning to silence that negative voice in my head and choose my projects based on this natural intuition I’ve acquired from watching genre movies my entire life.

Check out ‘Gags’ this weekend at our film festival, Panic Fest, in Kansas City, MO. Both Adam and John will be at the festival for Q&A after each screening. Grab your tickets here: panicfilmfest.com 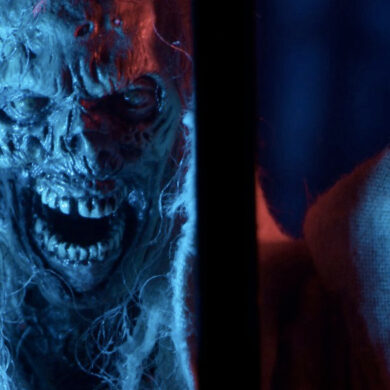 NECA Gives Us a Halloween Treat with a ‘Creepshow’ Action Figure