The creature feature ‘Big Legend’ follows the trail of a missing fiancée that finds more than he bargained for when teaming up with a local hunter who has his eyes set on the ultimate prize.

‘Big Legend’ was written and directed by Justin Lee based on the lead actor, Kevin Makely‘s, true experience. In addition to Makely, the film stars Todd A. Robinson (“Grimm”, “The Librarians”), Amanda Wyss (FAST TIMES AT RIDGEMONT HIGH, A NIGHTMARE ON ELM STRET), Lance Henriksen (THE TERMINATOR, ALIENS), and Adrienne Barbeau (ARGO, ESCAPE FROM NEW YORK). 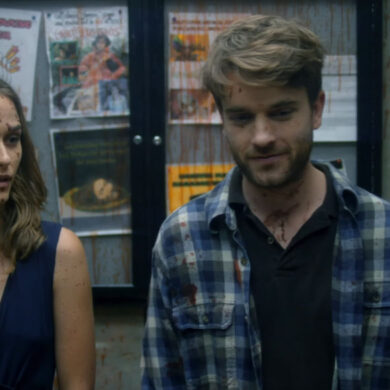