Dynamic Television and Nomadic Pictures announced today that the cast of SYFY’s action–horror series Van Helsing will join ComicCon@Home, hosted by San Diego Comic-Con, with a virtual panel on Thursday, July 23rd at 5:00 PM PT on the Comic-Con YouTube Channel.

Series stars Kelly Overton (True Blood), Jonathan Scarfe (Hell on Wheels), Tricia Helfer (Battlestar Galactica), Aleks Paunovic (Continuum), Keeya King (Jigsaw) and Nicole Munoz (Defiance) will join showrunner Jonathan Lloyd Walker, and executive producers Mike Frislev and Chad Oakes to give fans a first taste of what’s in store for the explosive fifth and final season in a Q&A moderated by producer Morris Chapdelaine. The hour-long horror is the first dramatic series to return to production in Canada and is still expected to premiere this fall with 13 all-new episodes to conclude its epic tale.

Van Helsing is a total re-imagination of a timeless brand, set in a world dominated and controlled by vampires.  In its final season, Vanessa, Violet, and Jack will risk it all to finally bring an end to the Dark One once and for all.  The Van Helsings must figure out ways to escape and evade the various obstacles in their path to prevent them from their mission, leading to an epic final showdown between the Van Helsings and the Dark One.

The series airs on SYFY in the U.S., on SuperEcran in Quebec, Canada, and globally on Netflix. The series stars Kelly Overton, Jonathan Scarfe, Tricia Helfer, Nicole Munoz, Keeya King, and Aleks Paunovic. 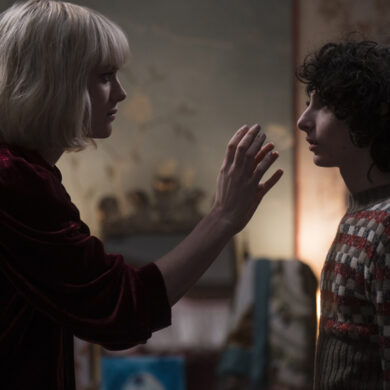