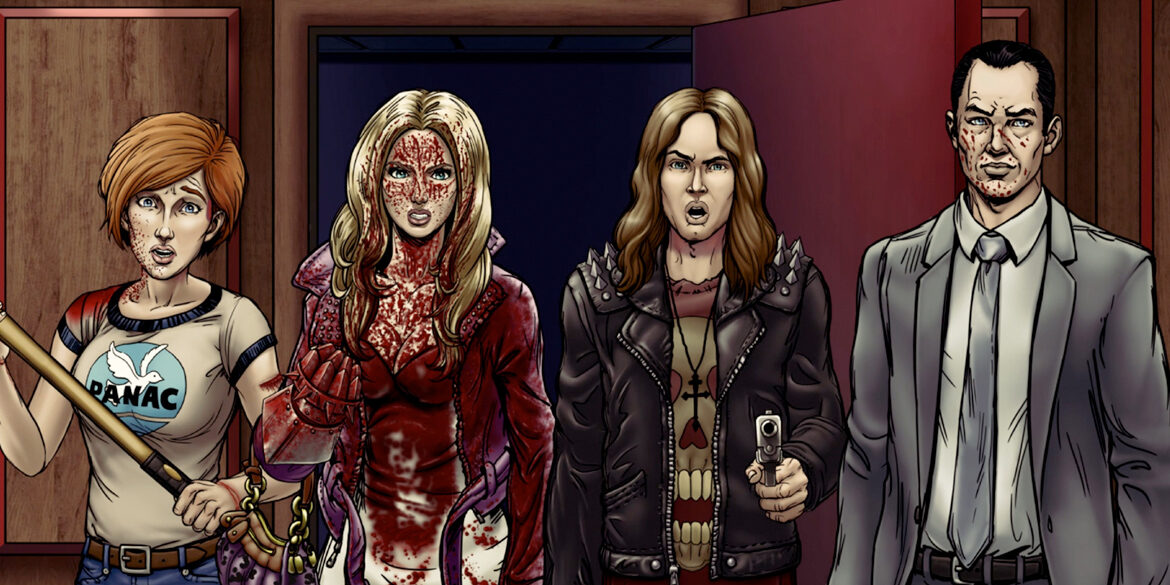 When I first viewed ‘To Your Last Death’ for our Panic Fest programming it got my attention. With an animation style that rivals the FX series ‘Archer’ and stars like Morena Baccarin, Ray Wise, Dani Lennon, Bill Moseley and William Shatner attached to the project I was impressed to say the least.

Then I learned a little bit more about the making of the film and found out it took almost 5 years of blood, sweat and tears to make by people in multiple countries and had even way more respect for the project. ‘To Your Last Death’ is the first-ever American 2-D animated horror movie.Produced by Coverage, Ink Films, the indie production took years to produce and was painstakingly hand-drawn. Hubbed in Los Angeles, TYLD employed artists, animators, and colorists in 13 countries.Carl Frank (Dungeons &Dragons, Magic: The Gathering) created the key art and character designs in a style meant to invoke a graphic novel, and the animation style will be familiar to fans of Archer and Metalocalypse.

If you missed your chance to see it at our festival, you can check it out on Digital and On Demand on March 17, 2020. Until then take a look at the synopsis, trailer and poster below!

SYNOPSIS: After emerging as the sole survivor in a deadly revenge game set up by her father to punish his children, Miriam receives an offer from a supernatural entity to go back in time and try again. Now, Miriam must survive both her father’s blood lust and the Gamemaster’s ever-changing rules to save her siblings as she relives the worst night of her life.