SDCC: CBS Celebrates the ‘Summer of Ghosts’ with a Fan Filled Activation at Comic-Con 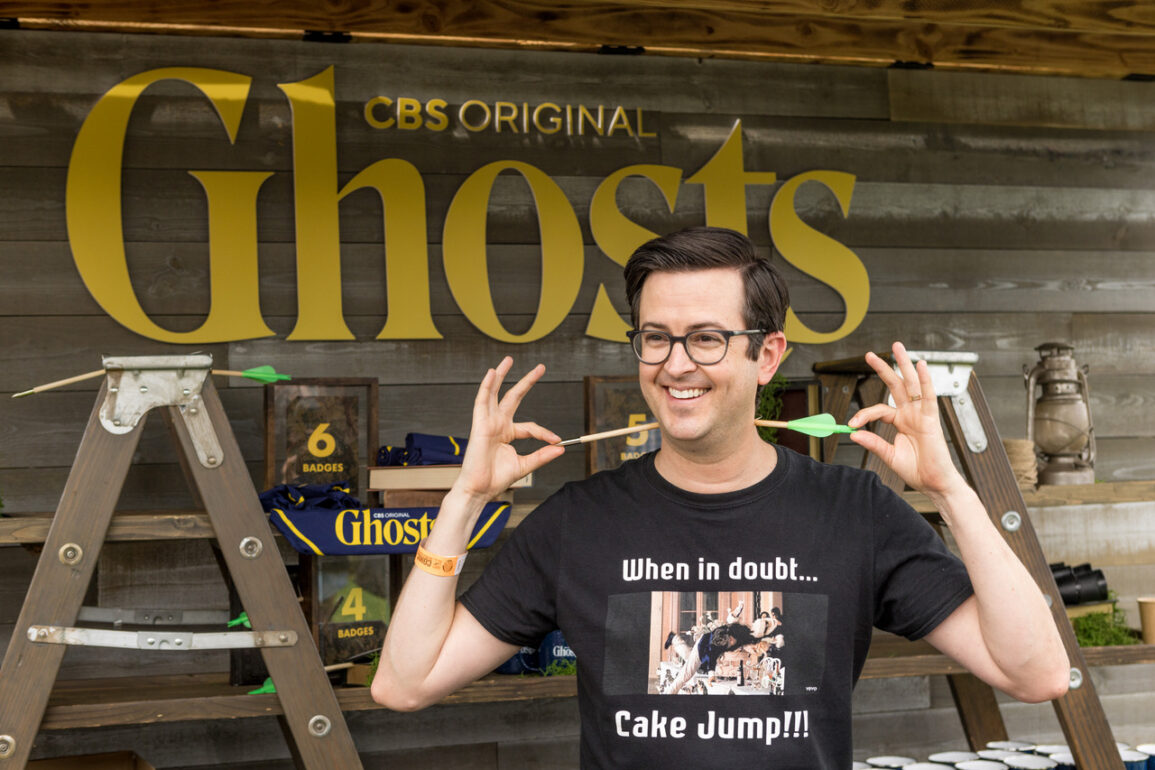 CBS’ ‘Ghosts’ to took over the Petco Park Interactive Zone at San Diego Comic Con with a hauntingly delightful immersive activation where attendees will be able to connect with the afterlife. As part of a summer long bridge campaign celebrating TV’s #1 comedy, CBS continues its “Summer of Ghosts” activation at San Diego’s Comic Con honoring Pete and Friends by bringing to life Pinecone Trooper Pete’s “Friend Zone.”

Throughout the summer, muli-city in-person events and unique Web3 metaverse experiences will celebrate the spirited title characters and living leads of TV’s #1 new comedy. Each character will be honored with a distinctive  “to die for” activations, bringing their individual worlds and stories into the here and now with a variety of in-person events, stunts and experiences. Nothing is what it seems at this campsite setup on ‘the lawn’ of The Woodstone Mansion. 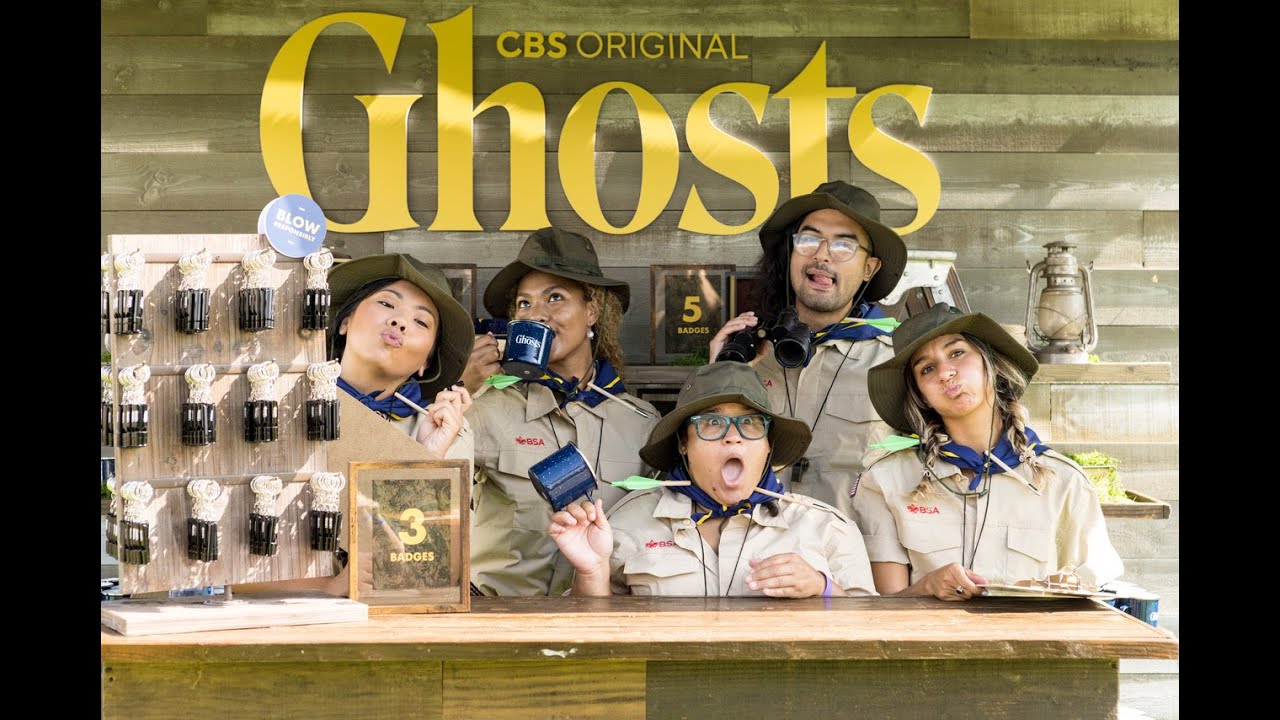 The activation included several stations fans could interact with including a tarot card reading featuring characters from the show on many of the cards. A group of 5 people recieved a personal reading and after each activity you collected a merit badge that could be redeemed at the counselors swag station for bandanas, mugs, mini flashlights and even an arrow through the neck! In addition to tarot reading they also had a tent setup for palm readings.

If those things are not your cup of you could go relax at the panic tables and watch a clip from the show while drinking…a cup of tea!

Grab a bow and arrow and take your shot at another merit bad in what I can only assume was a Pete approved archery range. If you hit a target you snag another badge. 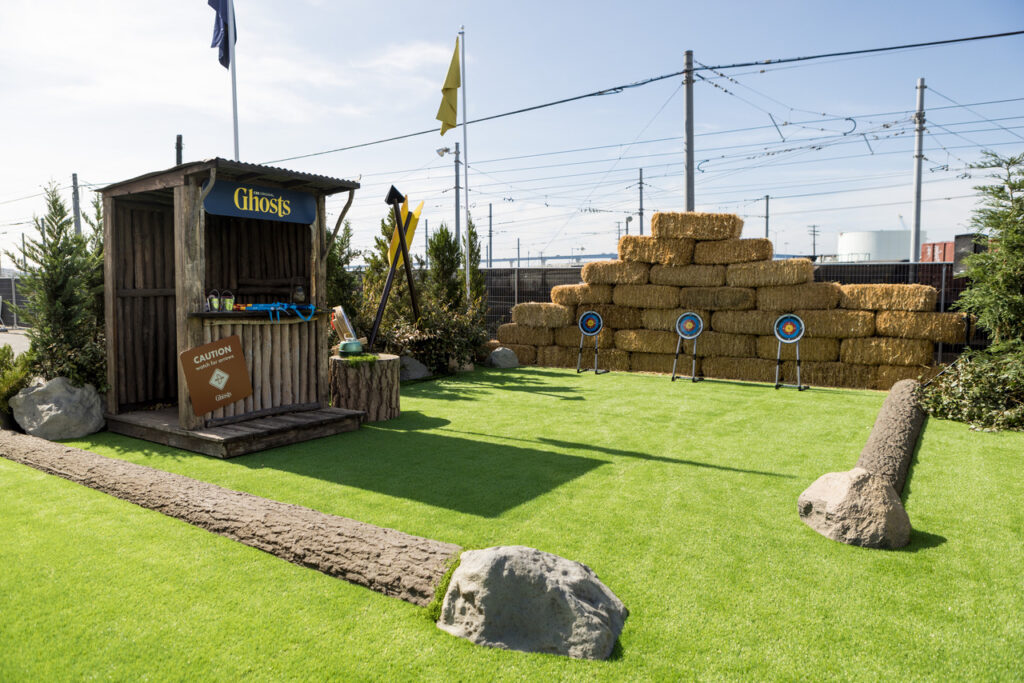 Lastly if you wanted to join the afterlife you could take a seat on the couch for a quick photo op before leaving the activation.

In my opinion this was the best activation in the Petco Park Interactive Zone and would peak anyones interest that has not seen the show. Amble shade, refreshments and swag made for a fun outdoor summer camp experience.

‘Ghosts’ airs Thursdays (8:30-9:00 PM, ET/PT) on the CBS Television Network, and is available to stream live and on demand on Paramount+.