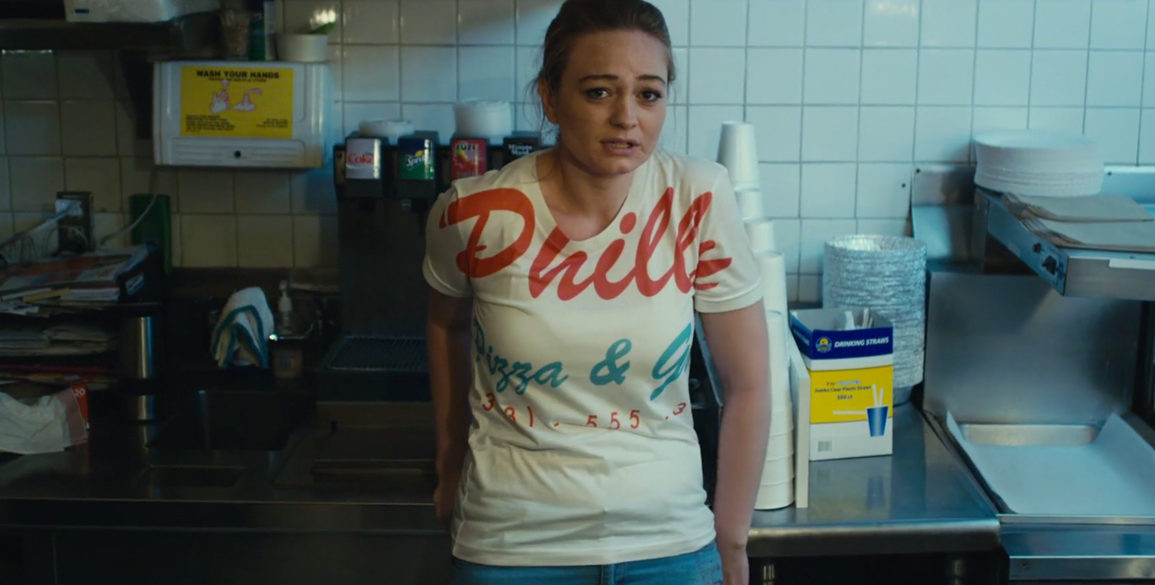 This years crop of short films at Panic Fest may have been our most intriguing group of films yet. From wonderfully weird shorts like Brown Fish and Malacostraca to intense subject matters that Amigos, 42 Counts and Chickens brought to life. There was something for everyone at Panic Fest and the short film blocks were the most diverse yet.

This year we held multiple screenings of both short film showcase blocks that featured 18 films total – 9 films in each block that had a running time of almost 90 minutes each.

After almost 7 hours attendees voted on their favorite short film of the fest that will take home our coveted “Watcher” award that debuted at the fest this year.

When the votes were tallied the Alt-Horror short ‘Chickens’ came out on top to claim the “Best of Fest” category for the Short Film Showcase.

‘Chickens’ dives into a delicate topic that we have seen all to much lately and brings a very real subject to the forefront proving sometimes real life can be more scary than any fictional monster. In the short two racist cops try to cover up killing an unarmed black teen. Things don’t go as planned. As I mentioned before this block in particular had some wonderfully weird films that played opposite of ‘Chickens’ that will make you clench your fist with tension and curl your toes with anticipation of what might happen next taking the social thriller to new levels.

For the director of the film, Bryian Keith Montgomery Jr, it has much more meaning than just taking the pulse of America, it’s personal;

“Growing up as an African American male in my teens, I had a sharp fear of the police. When I was thirteen years old, I answered my cell phone and it was my mother calling to tell me that my cousin was dead. My cousin Devon was the same age as me, 13 years old, and now he was gone. My cousin Devon had stolen a car and when he tried to flee the scene, the police unloaded 30 bullets into the vehicle murdering him. Confused, young and already missing my cousin, I asked my mom questions trying to justify the officer’s actions. Every question led to the same answer; “Son, they didn’t have to shoot him, he was unarmed. The cops don’t take precaution with black folks.”

He goes on to share his inspiration around the theme and approach of the film and his brand of horror;

“I’ve often wondered about the question, why do those who govern think they’re god? Pondering this query of superiority and racism led to the creation of my film brand, ALT-Horror. With ALT-Horror films, I take contemporary stories and themes and use the camera to meld them into farce and satire. If folks could see the stories and themes taken to their extreme then maybe they can see the reality in a different light. Although this situation is extreme, and highly exploitive; is it beyond reality? Isn’t it unsettling that this happens in our country every day? Alt-Horror lets us re-examine the assumptions we take for granted.”

Congrats to the cast and crew of ‘Chickens’ and best of luck with your future projects.

In closing, I want to personally thank all of the filmmakers that brought their films to Panic Fest 2019. I consistently heard from attendees and filmmakers that the curation of our lineup this year was incredible. Without filmmakers like you and your projects, the quality of our festival would not be nearly as good. We hope to see you all again soon!