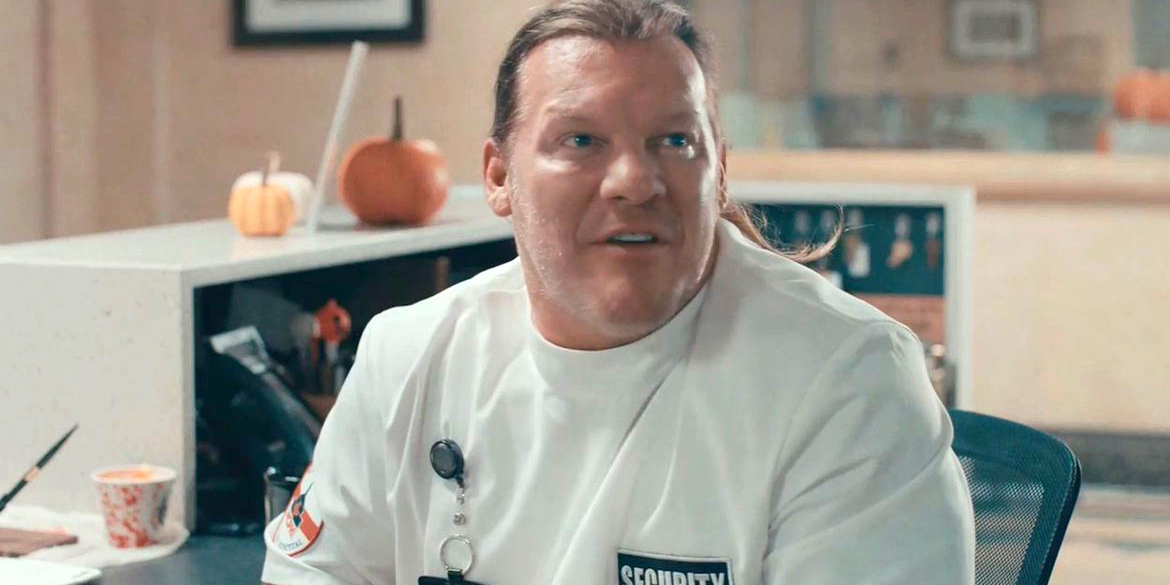 Chris Jericho, of AEW fame, is all set to show off his skills in the upcoming wrestling horror film, ‘Dark Match.’

You may have caught Jericho in this year’s gruesome horror darling ‘Terrifier 2,’ in which he played a supporting role. This time, he’ll lead the cast of the recently-wrapped ‘Dark Match,’ Deadline reports. Rounding out the cast will be a few more familiar faces, including Ayisha Issa (‘Transplant’), Steven Ogg (‘The Walking Dead’), Sara Canning (‘The Vampire Diaries’), Michael Eklund (‘Van Helsing’), and Jonathan Cherry (‘Final Destination 2’).

Wrestling meets horror? And directed by Lowell Dean (‘Wolfcop’)? We’re already spinning our wheels on the rough and tumble possibilities. Here’s what we know about the plot:

“‘Dark Match’ sees a small-time wrestling company accept a high-paying gig in a backwoods town, only to discover when they arrive that the community is run by a mysterious cult leader with devious plans for their match.”

This’ll be an opportunity to see noted horror fan and wrestling champ Chris Jericho do what he does best in an all-new arena. We’re keeping an eye out in 2023 for more on the upcoming film and release.