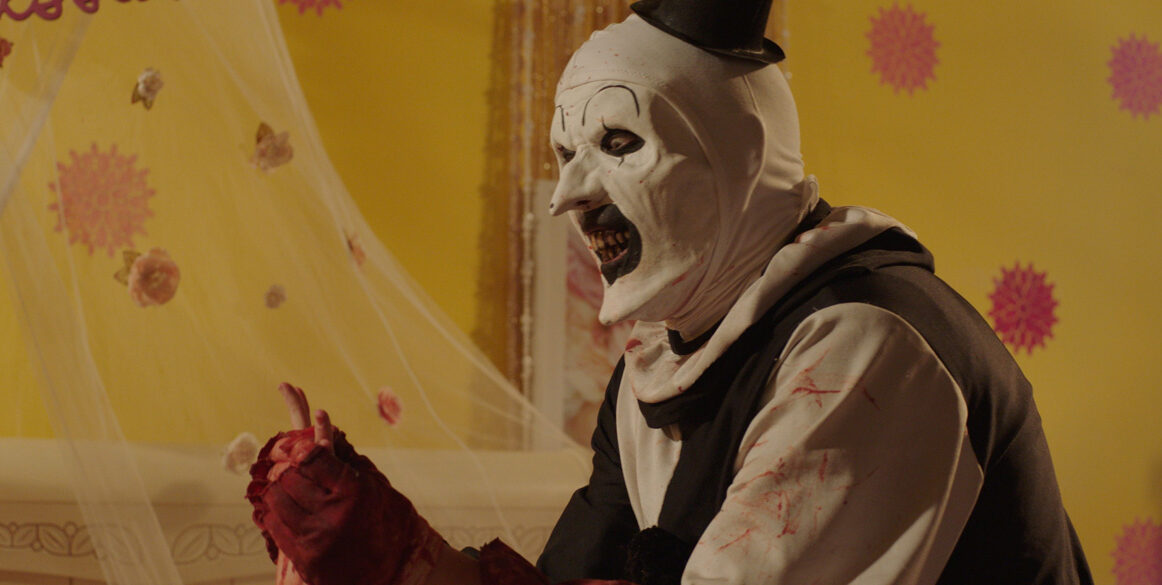 The return of Art the Clown has been a long awaited one and now not only is he back in full force but you will be able to see it in more theaters than ever before. The silent clown has went from indie darling to horror icon and the road there was not an easy one. Starting with ‘All Hallow’s Eve‘ in 2013 and now the sequel to ‘Terrifier’ in 2022, Art the Clown has been scaring the heebie jeebies out of us for almost a decade and we have writer / director Damien Leone to thank for it.

‘Terrifier 2’ made its triumphant return to theaters at Fanatic Fest in front of a packed house of horror fans. It did not disappoint. Boasting a run time of over 2 hours I was worried it could meander but it kept my attention from one victim to the next with some inventive scenes and kills that made you want to look away from the screen for extended periods of time. Gore fans will continue to love Art the Clown and the ‘Terrifier’ franchise. Yes, I said, franchise because we are already heading down that path with what I can only assume will have more to come as Leone and Thornton have kicked around ideas already.

David Howard Thornton is to Art the Clown as Robert Englund is to Freddy. I don’t think you could have a ‘Terrifier’ film and not have David dawning the black and white makeup. Which brings me to my next point of why Art the Clown is so effective as a villain. For some of the same reasons why Michael Myers is scary for his void mask, Art the Clown is creepy for his simplicity in the approach to the character design. His signature black and white paint is plain on the surface but brought to life through Thornton’s acting and gestures that add a whole new level of creepy. The signature hook nose and ever present smile is enough to already feel on edge around him. Add his sick sense of humor and trash bag of torture devices and you have the recipe for terror that delights and thrills horror fans.

But the effectiveness of this film doesn’t just lie on David Howard Thornton’s performance. We have other great performances like his clown side kick and the final girl character Sienna played by Lauren LaVera.

LaVera gives an incredible performance, and much like Art the Clown, her character blends so many final girls of the past. Setting up the ultimate battle of good vs evil where you will find yourself cheering for her with each scrappy swing she takes. David Howard Thornton and Lauren LaVera steal the show.

The one thing I never truly considered was how Terrifier ties back in so well to old school horror. From the practical effects to the nod to other horror icons like Freddy Kruger, all while putting its own unique and grotesque terrifying spin on a new character. Art plays off of Freddy’s humor and even a dreamlike sequence that takes place in the film at the Clown Cafe. This scene is sure to be a crowd favorite. From the colorful set design, to the jingle, right down to the odd mixture of Austin food truck meets a deranged child’s television show. It has something for everyone that will be literally burned into your brain. It also features a particular shot in that scene what could be trigger some people and I want to be conscious of that moment while still appreciating the filmmaking. The juxtaposition of fun masking a murderous rampage is enough to make your mind conflicted and uneasy.

I wasn’t anticipating some of the story to be emotional at times, but it does have some sympathetic moments between family members that make you care about the characters and the struggle of raising two teenage children as a single mom. Setting up a gut punch if something does happen to the characters and making some scenes even more effective than if they didn’t have that setup. Perhaps explaining the longer run time to fully tell the story.

As I mentioned before, Art the Clown has elements of such horror icons as Freddy, Myers and even Pennywise. When you sprinkle in all of those icons and put your own unique twist on a character, it has staying power for years to come.

‘Terrifier 2’ will be in theaters October 6th from Cinedigm in partnership with Iconic Events.

Be sure to stay for the end credit scene. 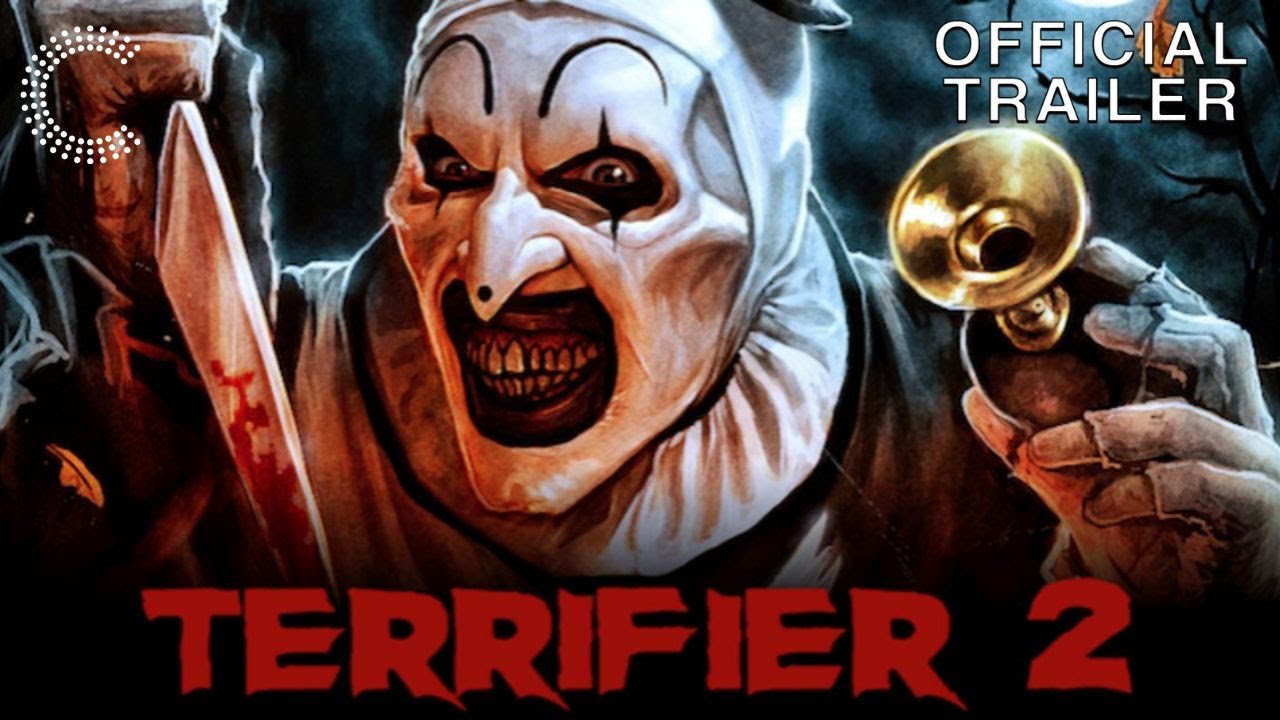