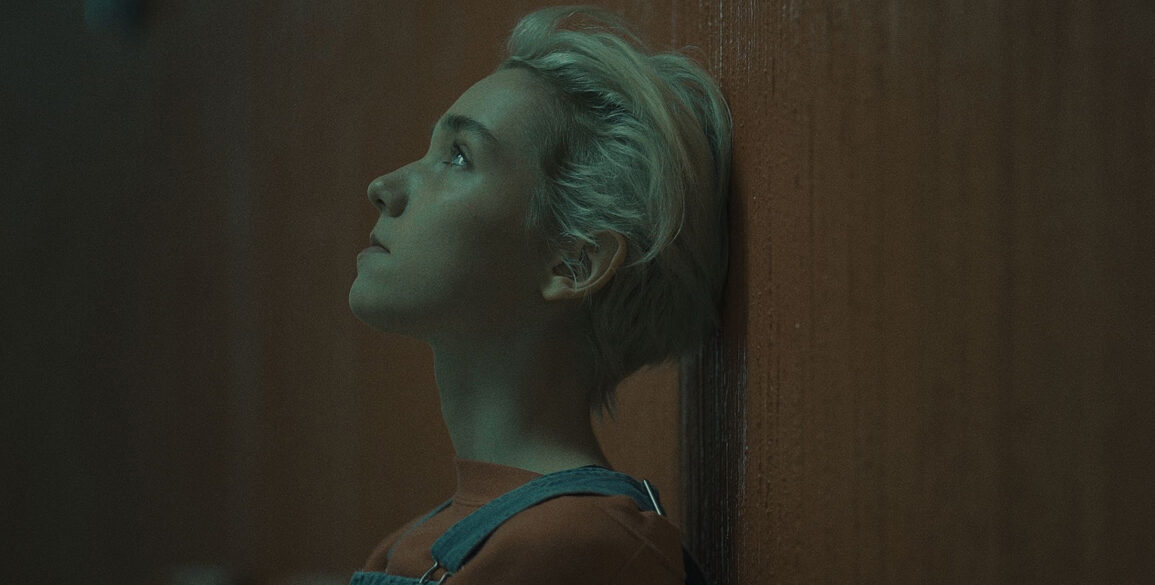 ‘Come True’ is the newest feature from acclaimed Canadian filmmaker, visual effects artist and musician Anthony Scott Burns (OUR HOUSE, HOLIDAYS Father’s Day segment) and executive produced by cult filmmaker Vincenzo Natali, director of CUBE, SPLICE and Netflix’s IN THE TALL GRASS. A dark exploration into a world of nightmares, fears, and the monsters within, the film stars Julia Sarah Stone (HONEY BEE) and Landon Liboiron (Blumhouse’s TRUTH OR DARE) and is a Copperheart Entertainment and Angel Entertainment production. Burns wrote, directed, and shot the film, with music by Electric Youth (DRIVE) and Pilotpriest.

SYNOPSIS:
High school student Sarah (Stone) is at her lowest point yet when she runs away from home and finds herself with no one to rely on and struggling with recurring nightmares. She chances upon a university sleep study that offers the promise of safety and money and brings her an unexpected friend and confidant in the overseeing scientist Jeremy (Liboiron). But there’s something curious about proceedings, and being under observation seems to make Sarah’s disturbing dreams even worse. As the darkness begins to close in, it’s soon clear that Sarah has unknowingly become the conduit to a horrifying, new discovery.

Tickets can be purchased at: https://fantasiafestival.com/en/program/come-true