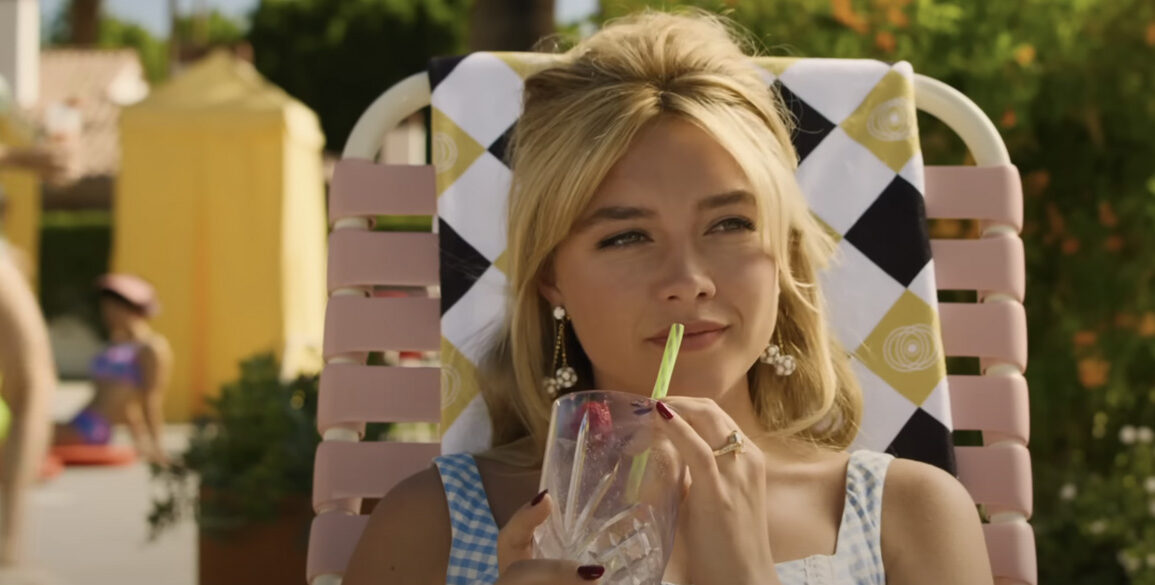 In the newest trailer for Olivia Wilde’s latest cinematic endeavor, ‘Don’t Worry Darling,’ we stumble upon a sun-soaked vision of the Victory community as the film’s leading couple flaunts their picture-perfect relationship and the husbands all leave for work. Everyone is kissed goodbye and the houses are cleaned by the charming wives who wait, dolled up every evening,  to serve their partners a nice dinner upon returning home from work. Yet in the background, we hear something with a sentiment that is quite at odds with the world we are seeing. Or perhaps it isn’t so different after all.

All the while, a security level is being announced via voiceover declaring the community status ‘yellow’: “All residents safe and accounted for.” 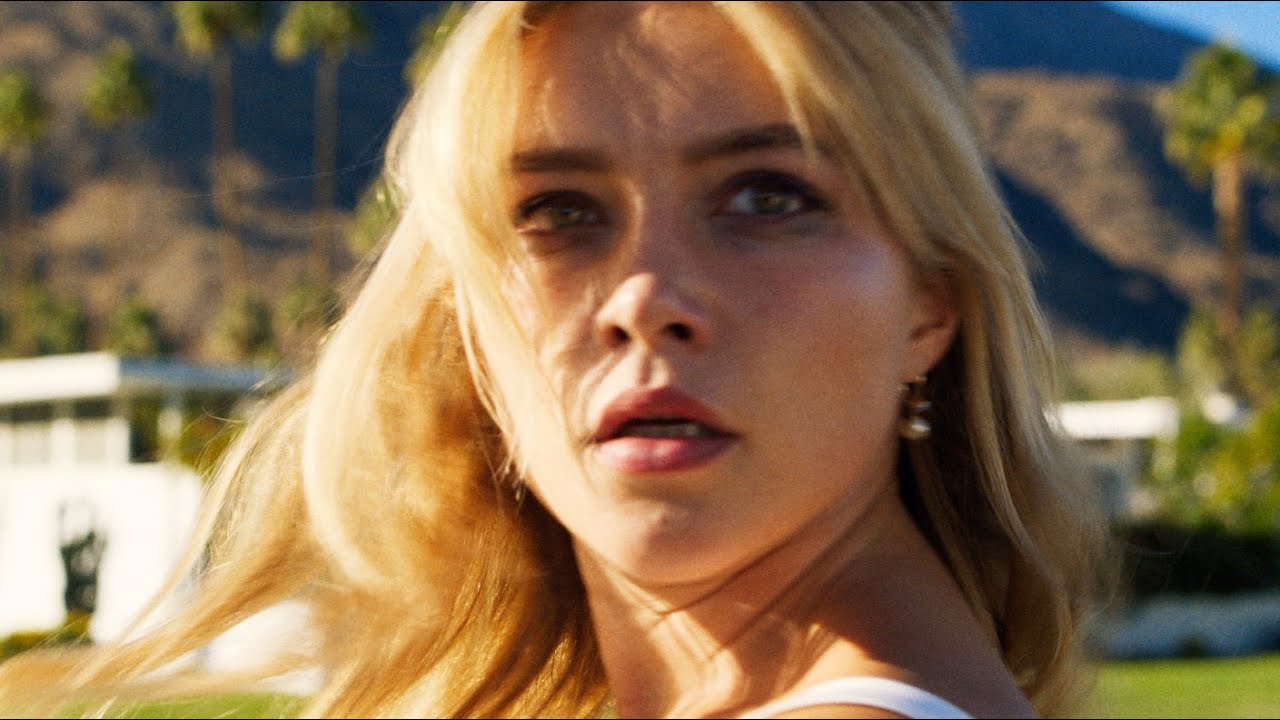 The idealized romantic dynamic between Jack and Alice, who are played by the renowned Florence Pugh and pop star Harry Styles, possesses an especially charged energy enveloped within this surveillance language along with Alice’s crumbling sense of perception.

Things seem so polished and ideal, in fact, that they must be doomed. As it tends to go. There has got to be a catch, and what do you know! There is one! A big one, in fact. As Wilde’s character states, “The one thing they ask of us is to stay here. Where it’s safe.”

They don’t call them utopias for nothing, and this 1950s spiraled desert community that is Victory, is no exception. Following her wildly successful comedy, ‘Booksmart,’ ‘Don’t Worry Darling’ seems to be a piece of an entirely different nature.

The psychological thriller denounces chaos in favor of loyalty. Loyalty breeds progress, after all, and Victory’s residents are reminded time and again by Chris Pine’s character, Frank, that they should ‘live the life they deserve.’

The script was written by Katie Silberman, who also wrote ‘Booksmart,’ and was adapted from a short story by authors Carey and Shane Van Dyke as well as Silberman herself.

“It’s all about control”, we hear Pugh declare, and Alice seems to be losing hers at a rapid pace. Desire is a palpable sensation and visceral theme as our leading lady gets pulled deeper into the grasp of Victory (what a name!) and Frank–the CEO of this eerily exacting development– seems to always be watching.

I look forward to exploring what Alice’s challenges to the societal authorities within this world uncover through the guise of her disintegrating sense of being…or is she simply seeing more than she ought to? Not unlike the ground that shudders from time to time beneath the pressure of whatever it is that this collective of husbands is working on in their red jumpsuits, Alice’s own understanding of her presence within this space also seems to be shaken–humming– frustrated, to say the very least, within the bounds of this dream-like society. Every dream has its own set of logic, as they say.

We’ll have to wait until September 23rd of this year, when New Line Cinemas is set to release this feature in theaters, to find out just what those rules are. 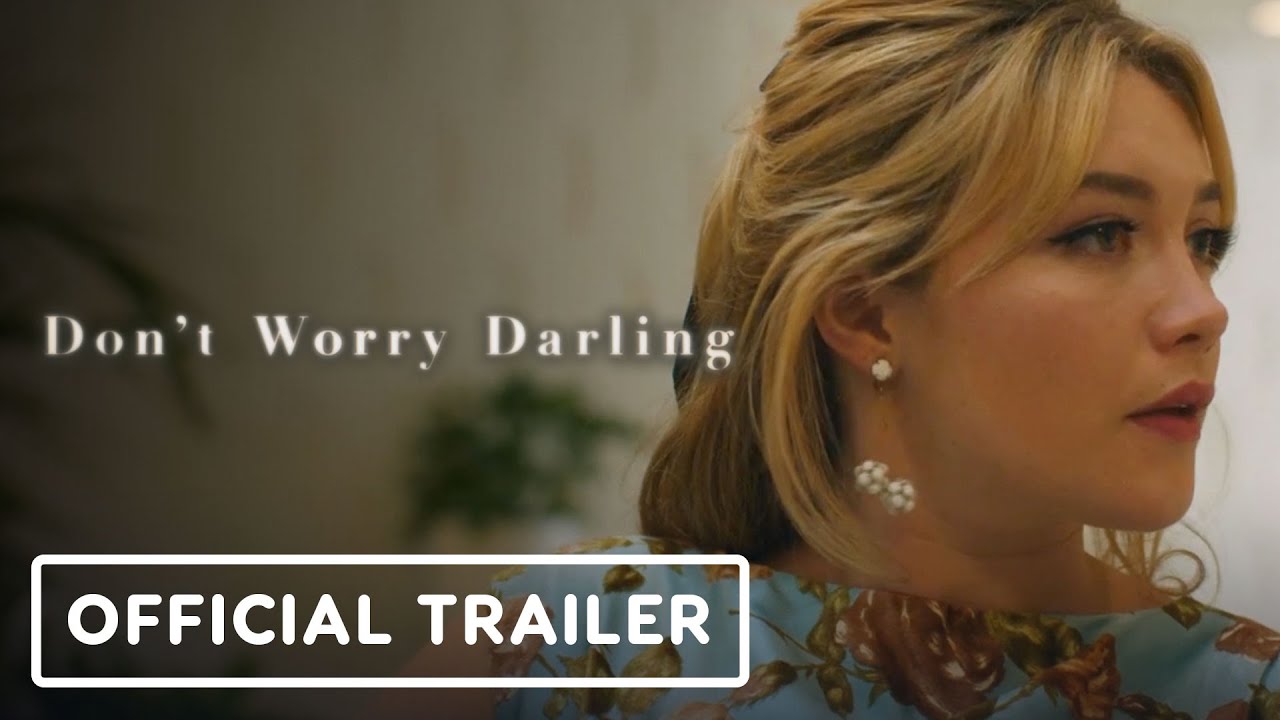