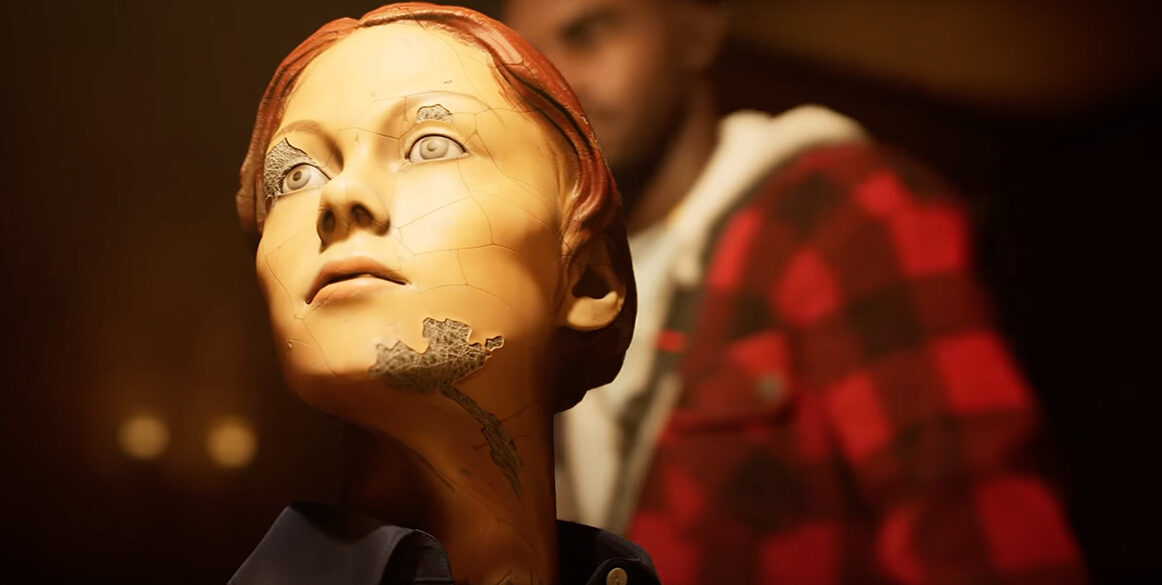 2022 brought forth countless amazing horror games. From running away from pale-faced creatures in a morgue, fighting mutant alien pathogens, or getting swept away in a wave of actual rats, there were few stones left unturned in horror gaming this year.

The games on this list were chosen for one of several reasons: narrative design, combat systems, memorability, and overall just a fun experience. Game titles released as remasters will not be listed, only new entrants to the horror landscape are eligible.

However, if you don’t see your favorites below, be sure to check out our ‘Games You Missed’ article coming soon.

An infectious disease runs rampant. Entire colonies – plants of people – are succumbing to and becoming mindless, violent creatures. Set on Jupiter’s moon Callisto, The Callisto Protocol is a visually stunning and terrifying addition to the survival horror landscape.

Whether it’s navigating the disgusting slime and creature-filled halls, or defending yourself against the mutating biophage, The Callisto Protocol is rife with scares and potential.

If I never have to see another trocar in my life, it’ll be too soon.

Squeamish, disgusting, and enough red flags to decorate a circus, The Mortuary Assistant brought a terrifying take on exorcising demons. Players take on the role of Rebecca, a recent mortuary sciences grad, who gets called in for the night shift. However, something truly evil lurks in the morgue.

Taking a stitch in a different direction, instead of using combat or stealth to defeat the demon, players must instead complete a puzzle throughout the game. As you work your way through the bodies, ignoring important clues or delaying your investigation leaves you vulnerable to possession.

Whether it’s knowingly entering a room The Mimic has just entered, hooking up a body to embalm, or unraveling a tragic piece of Rebecca’s past, The Mortuary Assistant is a scary good time. We can’t wait for the feature adaptation from Jeremiah Kipp, DreadXP, and Epic Pictures Group.

They’re in the walls! The RATS!

Focus Entertainment’s A Plague Tale: Requiem picks up six months following the events of Innocence, Amicia and Hugo set off to southern France to discover the meanings of Hugo’s strange dreams.

The journey, one fraught with the pain of loss, sudden violence in the picturesque countryside, and the culmination of their past traumas sits heavy in your heart. Also, the ungodly amount of rats.

The Dark Pictures Anthology: The Devil In Me

There’s A Dog AND You Can Pet Him.

The Dark Pictures Anthology is a series of stand-alone cinematic horror games from Supermassive Games. Their fourth and Season One installment, The Devil in Me, brought a new terrifying and adrenaline-pumping take to the series.

The Devil in Me follows an indie documentary crew that accepts an invitation to a to-scale replica of H. H. Holmes ‘Murder Castle.’ In need and desperate for the attention such a location would bring, unknowing the outfitted hotel and its maze of terrors would lead to their brutal deaths.

An exciting conclusion to their first season, The Devil in Me makes players rely on quick thinking to save beloved characters. Where mistakes are deadly and losing a crew member feels like losing a friend.

I mean who hasn’t had one of these nights, amiright??

MADiSON follows a harrowing night of Luca’s life as he endures torture at the hands of a demon named MADiSON. Armed with only an instant camera, Luca is forced to continue the brutal ritual that started decades ago.

With allusions to games like P.T. and Visage, this nerve-wracking debut game is sure to make you scared of dark corners in your house.

I came for the aesthetics and left with depression.

After her ship crash-lands on a remote planet, Elster, a Replika (aka android), searches for her lost partner. However, surreal visions of cosmic horror and memories that aren’t hers begin to blur the lines of reality.

As Players navigate Elster through the labor camp, a heavy sense of dread and melancholy settles in. The synthetic cries of the Replika and terrifying homages to the classics create a truly devastating world.

With its stunning retro-tech design, challenging puzzles, and haunting score, rose-engine’s Signalis is a love letter to the survival horror genre.