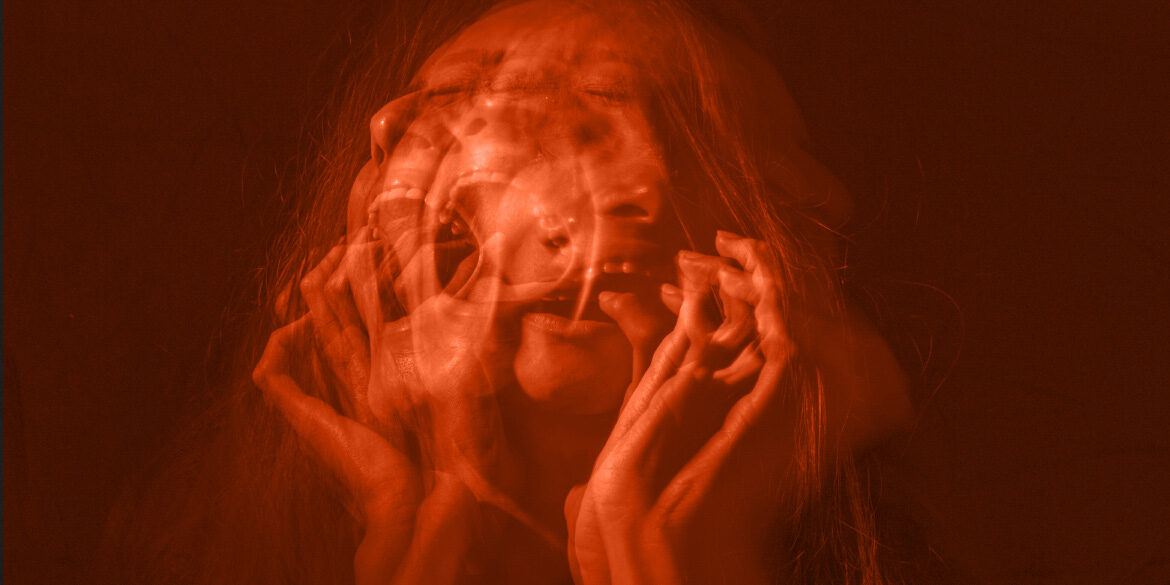 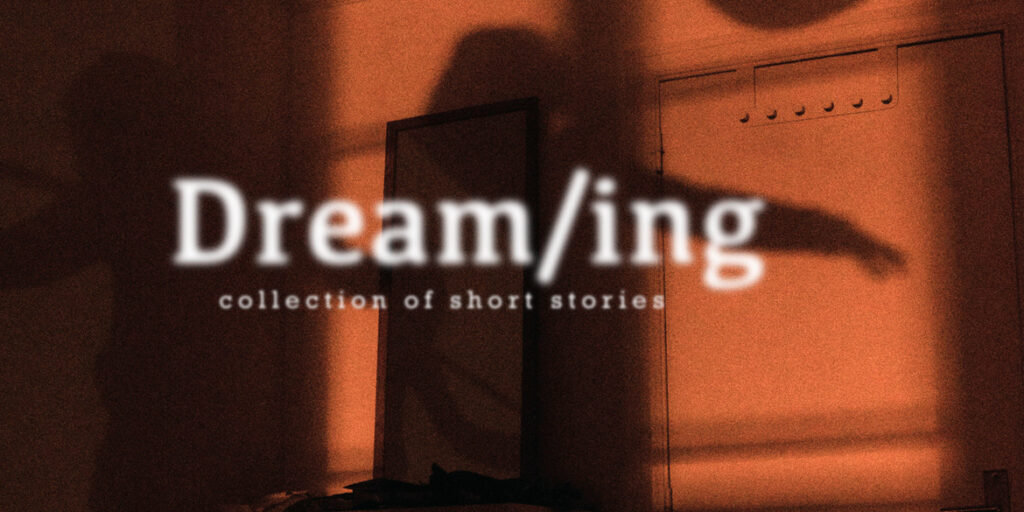 Let me be the first to welcome you on a journey into the wandering mind. Nightmares are unpleasant dreams that can cause a strong emotional response from the mind, typically fear, but also despair, anxiety and great sadness. The dream may contain situations of discomfort, psychological, physical terror or panic. Exploring them can be therapeutic – or – conjure something more frightening that triggers something even worse.

Join us as we drift away nightmares submitted by our readers, and experience them for ourselves.

Let these be your new bedtimes stories.

This is Dreaming: A Collection of Short Stories.

THE SEVENTH FLOOR
A story inspired by Dana

My dream takes place in a historic downtown hotel. Everything about it felt ornate and familiar. I was leaving my room for the day on the 15th floor and stepped into the elevator. I was by myself but the elevators in the hotel were tiny. Not surprising for such an old building.

There was a group of young boys who were probably in their early pre-teens at most. They were packed inside shoulder to shoulder. I was going to wait for the next elevator but was in a hurry. They made room so I just smiled and stepped on with them.

I pressed the button to go to the lobby and started to observe the elevator. At the top of the door it still had the original meter to show which floor the elevator was headed toward – but it wasn’t functioning. It had ornate columns lining the doors with a mirror that had slight scratches in it in the back. The stories it must have to tell.

We had reached the 10th floor in our descent when I looked down at the children and asked what one of their names were.

He looked up at me smiling and said “Kumiko.” and let out a soft nervous laugh.

For some reason, this creeped me out. Mainly because the other children didn’t say anything. They stood there without even blinking –  looking down at the floor.

Seconds after he giggled the elevator came to an abrupt stop.

You can imagine how uncomfortable it was at the thought of being stuck in an elevator this small by yourself, let alone several children that I felt uneasy about.

I looked at the buttons and saw we had stopped on the 7th floor. I frantically pushed the ground floor button a few times before reaching for the intercom system to report the elevator had stopped.

“Hey could you please get someone up here! The elevator is stuck and it is warm in here.”

It felt like it was getting warmer by the second. My face became flush rather quickly.

I turned around to see how the children were reacting to the situation. As I never heard a peep from them when the elevator came to a stop. Thinking maybe they were too naive to know what had just happened I asked if they were ok, even though I knew I wasn’t. Felt like the right thing to do. But when I turned around to ask them facing the back of the elevator I noticed none of them had any reflections. I looked at the mirror, then back down to them and back again. This time when I looked down at them – they had turned pale. Some had head wounds, others had disjointed appendages.

I shrieked in terror and fell back into the corner – which was still way too close to these, children, these, things.

The child that told me his name was Kumiko. He opened his mouth and began to let out a high pitched piercing scream. The other children started to weep.

Just then I heard a voice come over the intercom that said:
“Help is on the way.”

I could barely hear it over the sound of the scream and children weeping.

I pulled myself up against the wall and once again frantically started pressing buttons. My heart was pounding.


As I looked back once again at the children, Kumiko’s jaw dislocated with a crack and a pop.

It was a jarring visual and sound. Truly the stuff nightmares are made of. His mouth opened wider and wider while inching toward me. I huddled in the corner in fear holding my hands up toward him begging that he would leave me alone.

He did not. Kumiko creeped closer with his jaw unhinged appearing that he was going to try to swallow me whole like a snake would do to its prey. His shriek growing louder with each disjoined step he took.

As my head entered his mouth the elevator shook, the lights flickered and the children all pointed at me simultaneously.

Kumiko pulled away, his jaw snapped shut and back into place.

I was panting in fear as the elevator dropped what felt like two floors – then gilded gently back to ground level.

As the doors opened the hotel manager immediately entered the elevator and reached down to grab my arm and help me up.

Seeing that I was visibly shaken, he asked if I was okay.

I just shook my head and said, “I don’t know…” muttering… “the children” and pointing to the back of the elevator with my trembling hand.

The manager’s face turned pale, as he said the name, “Kumiko.”

He went on to explain that this was not the first time the elevator had a mishap. Each time it stalled on the 7th floor.

21 years ago a tragedy happened to a group of school children who were staying at the hotel on a field trip. The elevator stalled and the kid began to panic. Some jumped up and down crying. The jumping caused the elevator to come crashing down, crushing them and ripping the jaw off of one child named Kumiko. Guests have heard children’s laughter on the 7th floor ever since. Some have reported being touched in the elevator.

I can only imagine the pain and suffering they must have felt. They probably just want someone to play with.

This is a recurring dream that I have had no less than 10 times. I wake up at different times during the dream and have only made it to the end 3 times. I usually wake up when the elevator drops. One thing is for sure, the name Kumiko will haunt me for the rest of my life.