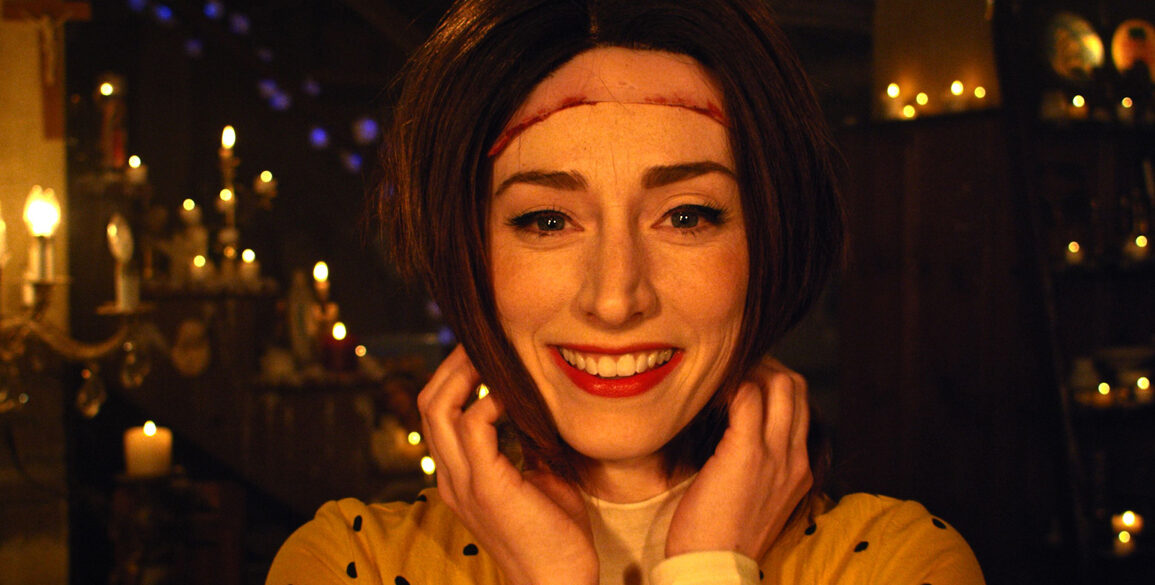 Featured: Sixx Tape Productions / Method Media
Share
FacebookTwitterLinkedinReddit
Fantastic Fest has gone virtual for a celebration of everything we love about the annual event: live online versions of classics like Fantastic Feud and 100 Best Kills, badass repertory rediscoveries, and world premieres of the finest genre cinema 2020 has to offer. To make the party accessible to loyal fans and newbies alike, all new features and live events will be available FREE to view on the Alamo On Demand platform for anyone in the United States.
“Despite the many hardships 2020 has thrown our way, the Fantastic Fest team knew we needed to stick to our mission of celebrating and championing genre films from bold, diverse voices – new filmmakers and treasured alumni alike.” says Fantastic Fest programmer Logan Taylor. “While we have a much smaller selection than in previous years, we’re delighted to showcase 15 films that express our brand loudly and proudly.”
The festival will be bookended by unique spins on the werewolf film: opening with the charming and irreverent TEDDY by France’s Boukherma brothers and closing with Amelia Moses’s haunting thriller BLOODTHIRSTY (on the night of the full moon, no less)! If you’re still hungry for more werewolves after that one-two punch, join us for the Texas Premiere of Jim Cummings’ newest, THE WOLF OF SNOW HOLLOW, on October 8th at Alamo Drafthouse Slaughter Lane!
While this year’s slate may be more modest in scope, every film captures the spirit of Fantastic Fest in its own unique way. Featuring 5 world premieres (with an additional 2 world premiere restorations) and 4 shorts blocks featuring 36 short films, the lineup amplifies talented female, queer, and racially diverse creatives from all over the globe. We might all be stuck on the couch, but we are still excited to bring a sampling of world-class films you’ve come to expect from Fantastic Fest directly to your home.
Quite fittingly and presciently, a theme of isolation and its transformational effects plays heavily throughout the lineup. So, in the spirit of Fantastic Fest and this theme, let’s make the most of the strange world we’re living in, come together through a virtual celebration, and enjoy some damn fine cinema!
All new features will be available FREE on our Alamo On Demand Platform for fans in the United States. Repertory titles will be available at special rates throughout the week-long celebration. We will also be presenting two exclusive in-theater-only screenings, Brandon Cronenberg’s highly anticipated POSSESSOR on September 23rd and Jim Cummings’ THE WOLF OF SNOW HOLLOW on October 8th. The festival is also excited to welcome back Fantastic Fest alum Mickey Reece with a new documentary short MICKEY REECE’S BELLE ÎSLE screening in the the SHORTS WITH LEGS short film sidebar – stay tuned for an upcoming Alamo On Demand announcement following the premiere of the short about a collection of his films to be made available for the first time.
The Celebration of Fantastic Fest will be offering a number of interactive virtual film screenings with Scener, a watch party platform that enables millions of participants to simultaneously enjoy films together over immersive live video chat. This integration is built into the Alamo On Demand platform that will go live at Fantastic Fest and remain in partnership with AOD, providing public or private co-watching parties that are synchronized in real-time and paired with video, audio and text chat. Fantastic Fest interactive screenings will be taking viewers from preshow to a hosted intro, through the film, and all the way to the Q&A for a fully synced and effortless experience participants. 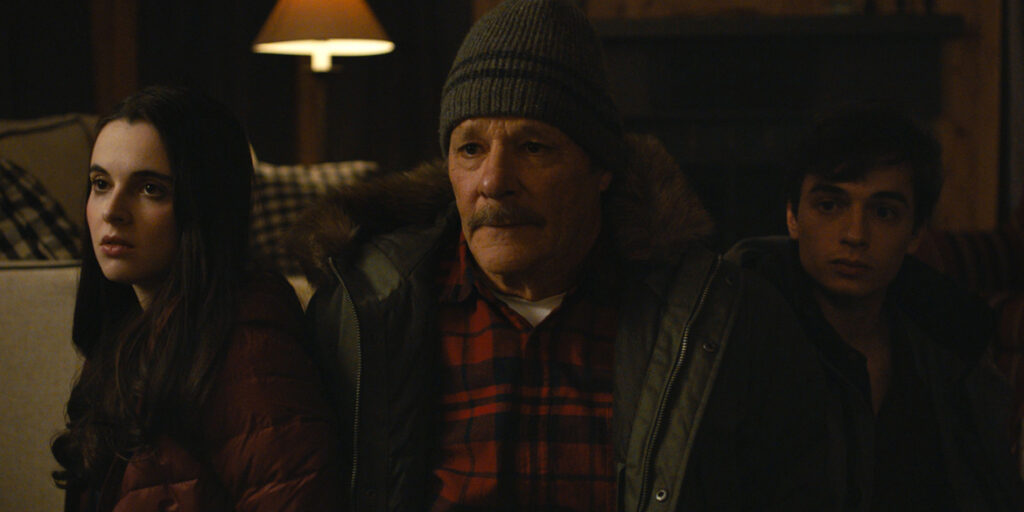 When indie singer Grey struggles to write her sophomore album, she teams up with a mysterious producer at his secluded cabin. Though their bond strengthens her music, it also starts to irreparably alter Grey’s body and mind.

After Bobby and his best friend Kevin are kidnapped and taken to a strange house in the middle of nowhere, Bobby manages to escape. But as he starts to make a break for it, he hears Kevin’s screams for help and realizes he can’t leave his friend behind.

Cyst
USA, 2020
World Premiere, 69 min
Director: Tyler Russell
George Hardy (TROLL 2) stars as an overly-ambitious and just-a-little-crazy doctor who accidentally unleashes a giant, man-eating cyst that terrorizes the office in this horrifically funny deluge of gooey special effects.
Daughters of Darkness
Belgium/France/West Germany, 1971
World Premiere of the 4K Restoration from Blue Underground, 87 min
Director: Harry Kümel
The classic lesbian vampire tale reignites the screen as the lives of a young newlywed couple take a dramatically sexy turn after their paths cross with Elizabeth Báthory in a deserted Belgian hotel.
Special Event: An interview with director Harry Kümel, moderated by Kat Ellinger.
Girl
USA, 2020
US Premiere, 92 min
Director: Chad Faust
When Girl (Bella Thorne) sets out to a no-name small town to track down her deadbeat father, she finds herself wrapped up in a situation far more dangerous and twisted than she expected.
How To Deter A Robber
USA, 2020
World Premiere, 81 min
Director: Maria Bissell
Two teens playing amateur detectives get more than they bargained for when they investigate the wrong cabin in this darkly comedic romp.
Laughter
Canada, 2020
International Premiere, 124 min
Director: Martin Laroche
Léane Labrèche-Dor gives an unforgettable performance as a woman who struggles with survivor guilt following a civil war in Quebec.
The Old Man Movie
Estonia, 2019
US Premiere, 87 min
Directors: Mikk Mägi & Oskar Lehemaa
Three children must aid their deranged grandfather in recovering his prized cow to prevent a rural cataclysm in this surreal and hysterically scatalogical stop-motion comedy.
Possessor
UK, Canada 2020
Texas Premiere, 103 min
Director: Brandon Cronenberg
In Brandon Cronenberg’s latest gore soaked sci-fi thriller, identity theft takes on a new meaning as corporate assassins can virtually take over other people to carry out their kills.
Special Event: Join us before our official celebration for a special in-theater premiere September 23rd
The Queen of Black Magic
Indonesia, 2019
North American Premiere, 99 min
Director: Kimo Stamboel
Childhood friends Hanif, Jefri, and Anton take their families on a trip to the orphanage where they grew up to pay their final respects to the man who raised them. But they’ll soon discover that the secrets from their past refuse to stay buried.
The Stylist
USA, 2020
World Premiere, 105 min
Director: Jill Gevargizian
Few things in life hold more promise than a new hairstyle. But the women who visit stylist Claire’s chair get more than they bargained for, bringing a whole new meaning to the phrase “extreme makeover” in Jill Gevargizian’s first feature film, based on her acclaimed 2016 short.
Teddy
France, 2020
International Premiere, 88 min
Directors: Ludovic Boukherma & Zoran Boukherma
In a rural French town, twenty-something Teddy is scratched by an unknown beast and slowly undergoes frightening changes.
AGFA presents Triple Fisher: The Lethal Lolitas of Long Island
USA, 2012
Austin Premiere of HD Restoration
Director: Dan Kapelovitz
Drew Barrymore, Alyssa Milano, and Noelle Parker are Amy Fisher in this meta-melodramatic mashup of three TV movies that would make Brian De Palma proud.
The Wolf of Snow Hollow
USA, 2020
Texas Premiere, 84 min
Director: Jim Cummings
A small mountain town full of quirky characters is thrown into chaos when dead bodies start piling up after every full moon in Jim Cummings’ supremely fun foray into horror.
Special Event: Join us after our official celebration for a special in-theater premiere, October 8th at Alamo Drafthouse Slaughter Lane.