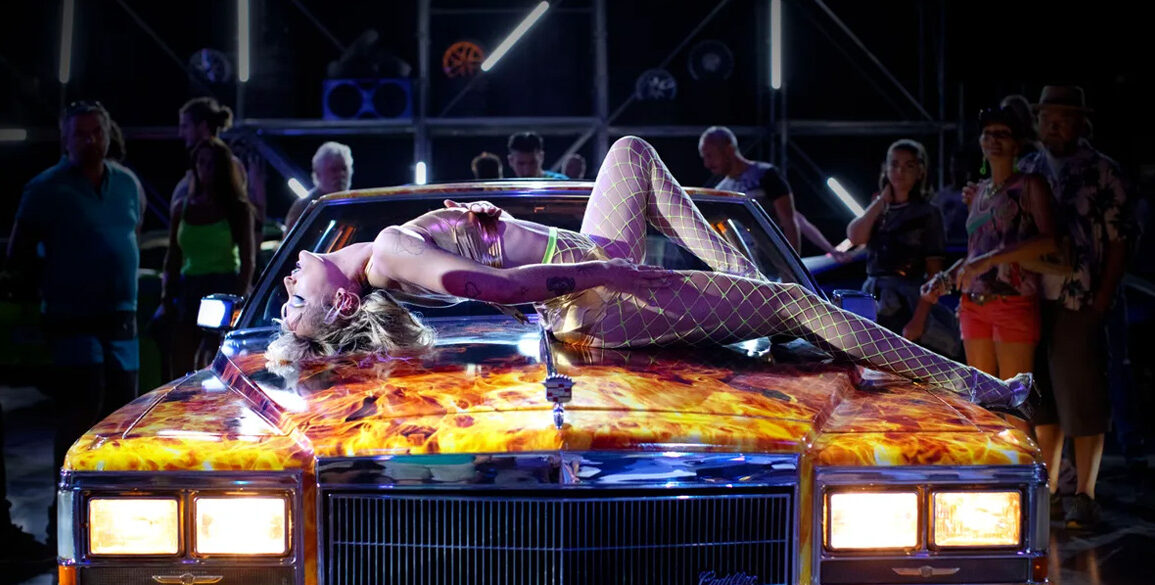 “Watch out for any neurological signs,” A doctor tells the parents of Alexia

Filmmaker Julia Ducournau broke out a few years ago with the provocative coming of age film RAW. That film made my top 3 movies of that year and had me laughing, squirming and second guessing my diet. For her follow-up she’s upped the ante with more body horror and more art house mystery that’d make Cronenberg, Von Trier and Noé  smiling at the madness.

The film starts with a car accident and a young woman, Alexia, having a titanium plate put into her head. Years later we catch up with her as she has become a famous dancer/model at car shows. She’s prolific. She also has a complete disconnect to what it means to have any emotions whatsoever. She casually murders people that get close to her.

In a surrealistic sequence where a muscle car “calls” to Alexia with it’s high beams she walks towards the beautiful vehicle, gets in and quite literally fucks (or gets fucked?) by the car. It’s a ludicrous but absolutely gorgeous sequence. After this, the film becomes a brief slasher where Alexia seemingly can’t control herself and kills a handful of people. This particular set of scenes felt incredibly like ‘American Psycho’ only dripping with neon colors and a more ruthless killer. She’s not doing it to control anything, she’s doing it out of instinct.

The film continues to shift it’s storytelling and characters but never lets up the insanity. It’s a bold, daring film with some of the years best cinematography that will put a big grin on any fan of the genre. As her murder spree spirals out of control she goes on the run.

And this will not be like anyone running from the police. No. Alexia decides to become a missing person. She shaves her head, breaks her nose, ties her breasts down and becomes Adrien Legrand, the missing son to fire chief Vincent Legrand. She remains silent and the grieving father accepts her as his missing son. Is he in denial or desperate? It’s a bit of both. But it seems to work for them both.

Underneath her disguise is a growing belly. Yeah, that’s right. She’s pregnant and it’s (most likely) from the car sex scene. Just go with it. Throughout the film we watch as she painstakingly hides her belly and her breasts to become Adrien.

The two become oddly inseparable going so far as to have Vincent make Alexia a firefighter in training. The other members of the fire house raise their eyebrows at the new Adrien but never question Vinent. She’s happy. She feels accepted and even though she considers (briefly) killing Vincent she doesn’t. He accepts her for who she is even if she’s a liar. As her training continues Vincent walks her through an unbelievable way to do CPR… by way of the Macarena. It’s an astonishing sequence you know Tarantino will be talking about.

Ducournau’s final act reveals the truth about what she wants to say which is a kaleidoscope of questioning gender norms and heteronormativity. While a bit messy through its climax it connects all the dots it needs to truly resonate with its audience. She’s a master in complete control of this dazzling and demented ride. Loaded with surreal imagery, visceral violence and outrageous comedy Ducournau continues to prove herself as a tour de force in genre. Buckle up. You’re in for one helluva ride. 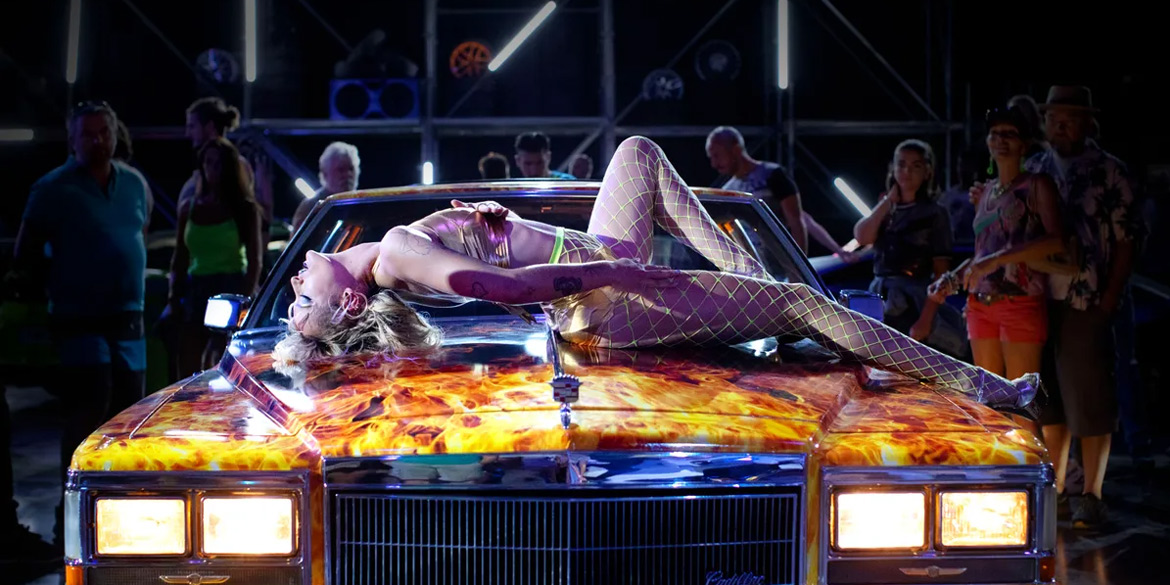