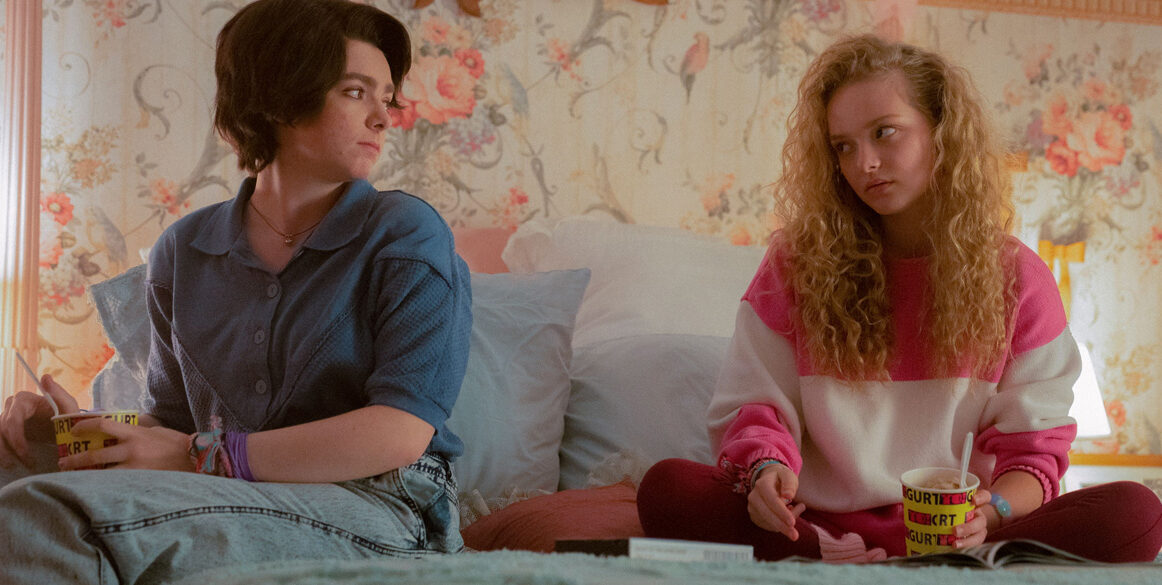 Fans of Grady Hendrix’s novel, ‘My Best Friend’s Exorcism,’ will not have to wait much longer for the film adaptation.

Prime Video released a first look image of the film that is set to hit the streaming platform on September 30, 2022.

It is directed by Damon Thomas (“Killing Eve,” “Penny Dreadful”) and written by Jenna Lamia (“Good Girls,” “Awkward.”) from the book by Grady Hendrix (Satanic Panic). The film stars Elsie Fisher (Eighth Grade, Despicable Me), Amiah Miller (The Water Man, War for the Planet of the Apes), Cathy Ang (“And Just Like That…”, Over the Moon), Rachel Ogechi Kanu (Cheer for Your Life), and Christopher Lowell (“GLOW,” Promising Young Woman).

SYNOPSIS:
Surviving the teenage years isn’t easy, especially when you’re possessed by a demon. It’s 1988, and best friends Abby (Elsie Fisher) and Gretchen (Amiah Miller) are navigating boys, pop culture and a paranormal force clinging to Gretchen like a pair of neon legwarmers. With assistance from overly-confident mall exorcist Christian Lemon (Christopher Lowell), Abby is determined to compel the demon back to the pits of hell — if it doesn’t kill Gretchen first. At turns horrifying and hilarious, My Best Friend’s Exorcism pays homage to 1980s pop-culture with a totally timeless tale of terror and true friendship. Based on Grady Hendrix’s bestselling novel.