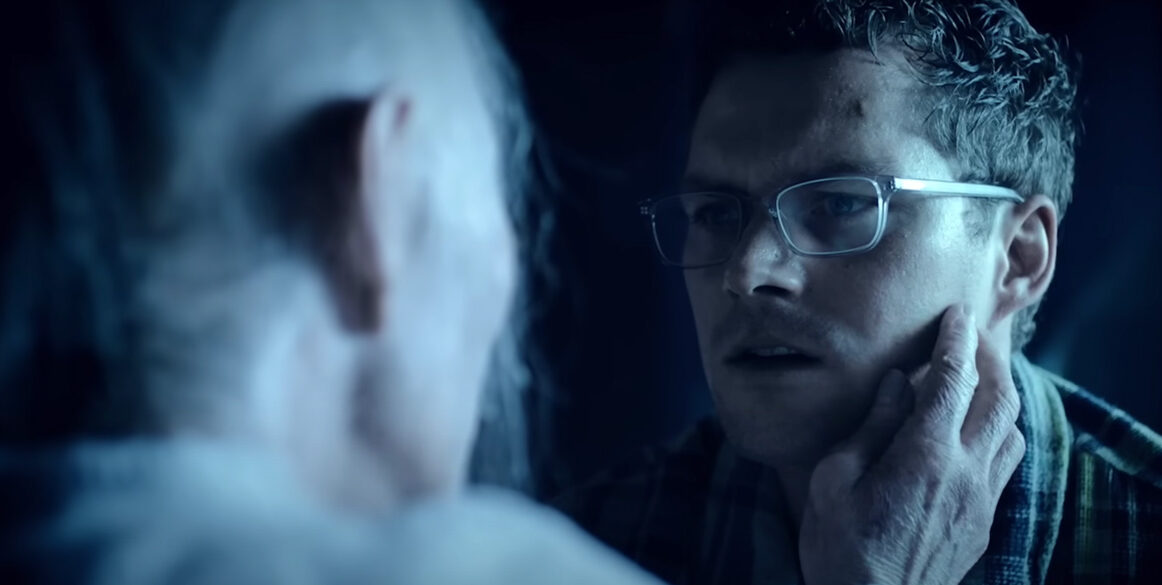 Director Justin P. Lange has been making waves in horror, starting with 2018’s ‘The Dark’ and his follow up ‘The Seventh Day’ in 2021. His next feature ‘The Visitor’ will be the latest entry from Blumhouse as part of their deal with EPIX. This psychological horror/thriller is coming to Digital and On Demand on October 7, 2022 and we got the chance to sit down and ask Lange a few questions about it.

Downright Creepy: Thank you for taking the time to chat with me today! I really enjoyed The Visitor and am excited to learn more about how it came together! This is the first film you’ve directed that you didn’t also write, how did this script come to you and what got you excited to direct it?

Lange: Sure yeah, so the writers and I share a manager and I think that Adam [Mason, writer] had seen my first film The Dark and really liked it and reached out to me and Blumhouse had sent me the script as well. Obviously as a horror director the prospect of working with Blumhouse is very tantalizing and didn’t disappoint. Reading the script the first time it invoked for me two of my favorite horror films in Rosemary’s Baby and The Wicker Man and it was playful structurally in a way that I really appreciate. It felt, at least when I was reading it, in the beginning like I was going down the road of a haunted house movie then it started to shift into a folk horror realm which I thought was really fun and I hadn’t necessarily seen before. So, yeah, those things really excited me. I felt like there were some themes that aligned with stuff that I’m interested in exploring so I thought I could bring something to it. Luckily it all came together.

DRC: Rosemary’s Baby is definitely one of the ones I thought of when I saw it.
There are several exciting effects and visual sequences in The Visitor, what were some of the biggest challenges to pull off? Or which were the most fun to create?

Lange: The more sort of bigger VFX sequences that I hadn’t done before in my in my work so that was new for me and a bit of a challenge. Ultimately it worked out well but you know any time you’re doing something you haven’t done before it’s a bit anxiety inducing. And it was really important to me that this film look cinematic and Fede (Federico Verardi), my DP, and I prepped a lot and really tried to achieve that. So yeah those were definitely challenging but fun. Beyond that there were a lot of production challenges that didn’t have much to do with the movie itself, it was just the world. We were shooting in New Orleans and there was a hurricane that pushed us at least a few weeks maybe a month. It had destroyed the inside of the house that we were using. We actually did end up using the exterior of that house as Maia’s house, but the inside we ended up having to find another house in New Orleans proper to sort of match. It was hard to find extras and it was hard to find babies because of Covid, so it was interesting, but that’s sort of the fun thing of film is the problem solving. When something doesn’t work out it’s using your creativity to have a plan b or a plan c to make it work.

DRC: The location feels really key to that folk horror vibe, was New Orleans your first choice or did you look at other locations as well?

Lange: No, it was actually already going to be there as part of the set up. The film itself is more generally set in the south so it’s not necessarily New Orleans so we didn’t really get to use the character of New Orleans but it does have those gothic houses. There’s a sequence at the end of Maxwell Braun’s character where they are under this canopy of gigantic trees which is on the property of the house where we shot, and initially in the script it was a different setting, and we were touring that property and I saw those trees and I was like “we have to shoot here” so we ended up switching it in the script a little bit. It’s those moments of discovery that are really fun.

DRC: Speaking of finding extra and other casting I thought that the chemistry that you found between Robert and Maia worked really well. What was your process in casting Finn Jones and Jessica Mc Namee in those roles?

Lange: We had auditions and it was really important to find the right people. There’s lots of different things that went into casting these two and I just got fortunate really. Finn and I had a discussion beforehand where we talked quite a while and really made sure that we were similar types of communicators and that we had the same kind of vision for what kind of film we wanted to make and we felt really comfortable working together and he was really comfortable giving me notes and ideas and suggestions. Conversely he was comfortable coming in, I like to do a lot of prep so I can come to set prepared so I can throw it all out the window sometimes and discover new things, so having actors that are game for that is really fun and exciting.

Similarly with Jess we shared a similar vision with Maia as far as we really didn’t want her to just be there in service of Robert. I actually was very drawn to her character and her character’s story even though it’s not front and center in the movie. I wanted to make sure that she had a voice and that she was able to say her peace as well because they’re both sort of tragic characters in a way. And that was important to Jess as well so she really helped bring that out with the character.

And they did just have a great chemistry just in general. We had a dinner when they first arrived and they ended up taking an UBER together and they showed up laughing hysterically. They had been ,evidently, singing at the top of their lungs in the UBER to some song I didn’t know. So they had a really great chemistry which was really important.

DRC: Were there any actors you had in mind immediately for roles when you read the script or was the process more organic?

Lange: It was finding people in the process. I don’t know if it’s because of my process or whether it’s ingrained or developed over time but I tend to not read things and immediately say “it’s gotta be this person” I try to be really open minded about that. I try to just get the story down and go into the casting. Because the casting process is really interesting and not what you ever think it will be so I always want to go into it with an open mind and find the right actor for the character and really have that be the driving force behind it. I tend to, especially with the tapestry of characters, I have a thing where when I’m watching movies I want to watch people, not just beautiful people, just people who feel like they’re real people. I love the cast of this film.

DRC: The townspeople really captured that, you really felt like you were in that place with those people.

Lange: Oh yeah I’m always working. I have a few different projects, scripts that I’ve written or scripts that I’m attached to that I didn’t write and I just finished a pilot for a horror limited series that i’m excited about but nothing that’s imminent in a way that anybody should care about quite yet.

DRC: Anything else you want people to know about The Visitor?

Lange: It comes out on Friday! And I hope people watch and enjoy we had a lot of fun making it so I hope that people have fun watching it! 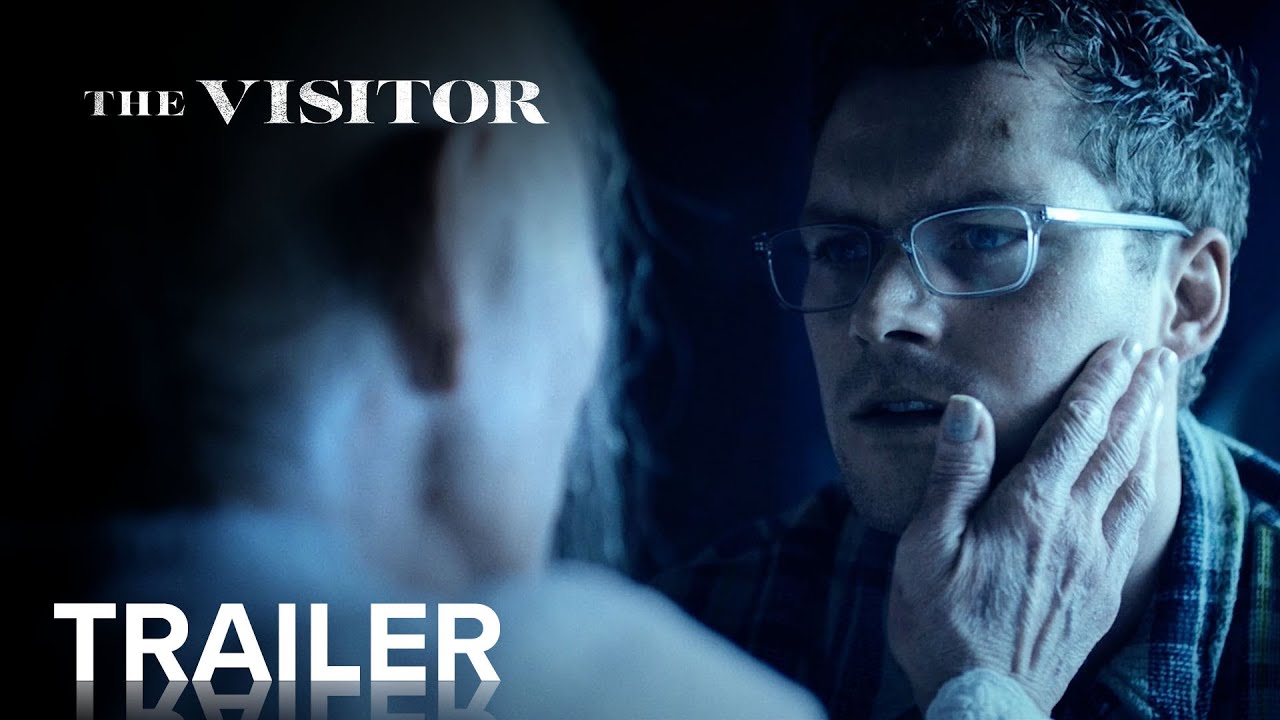 SYNOPSIS: When Robert and his wife Maia move to her childhood home, he discovers an old portrait of his likeness in the attic – a man referred to only as ‘The Visitor’. Soon he finds himself descending down a frightening rabbit hole in an attempt to discover the true identity of his mysterious doppelgänger, only to realize that every family has its own terrifying secrets.