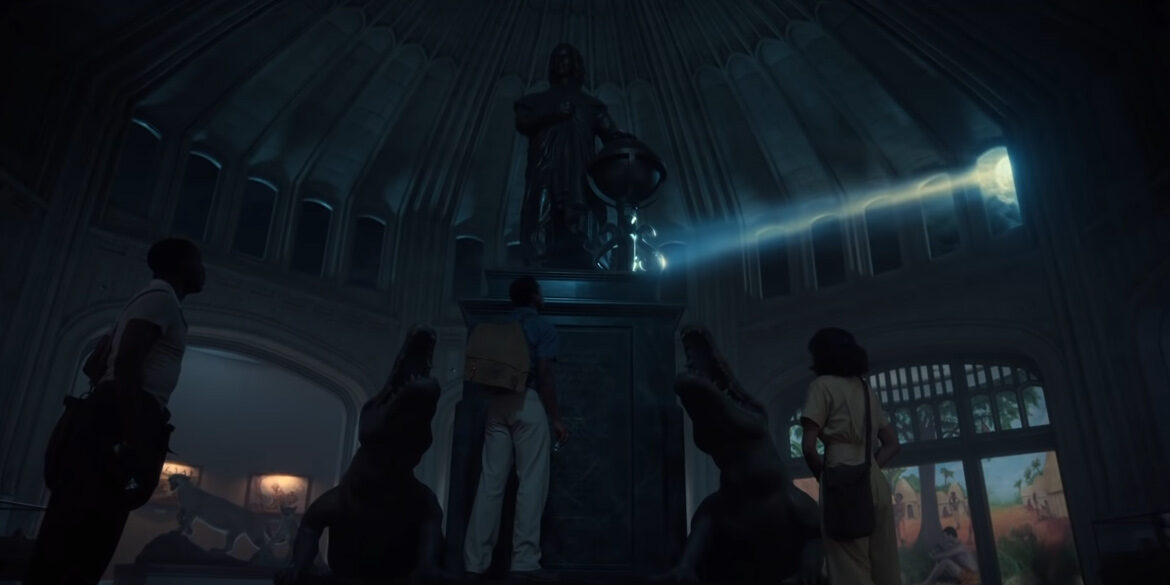 With San Diego Comic-Con going virtual this year you may have missed some panels or trailers from the con. Don’t fret because we have a new clip from HBO’s ‘Lovecraft Country’ that debuted exclusively at Comic-Con!

In the scene, Atticus Freeman (Jonathan Majors), his friend Leti (Jurnee Smollett) and his father Montrose (Michael Kenneth Williams) raid a museum after hours in the pursuit of the clues they’re desperately seeking.

From showrunner and executive producer Misha Green,  drama series LOVECRAFT COUNTRY debuts SUNDAY, AUGUST 16 (9:00-10:00 p.m. ET/PT) on HBO and will be available to stream on HBO Max. Based on the novel of the same name by Matt Ruff, the ten-episode series follows Atticus Freeman as he journeys with his childhood friend Letitia and his uncle George (Courtney B. Vance) on a road trip from Chicago across 1950s Jim Crow America in search of his missing father Montrose. Their search-and-rescue turns into a struggle to survive and overcome both the racist terrors of white America and monstrous creatures that could be ripped from an H.P. Lovecraft paperback.