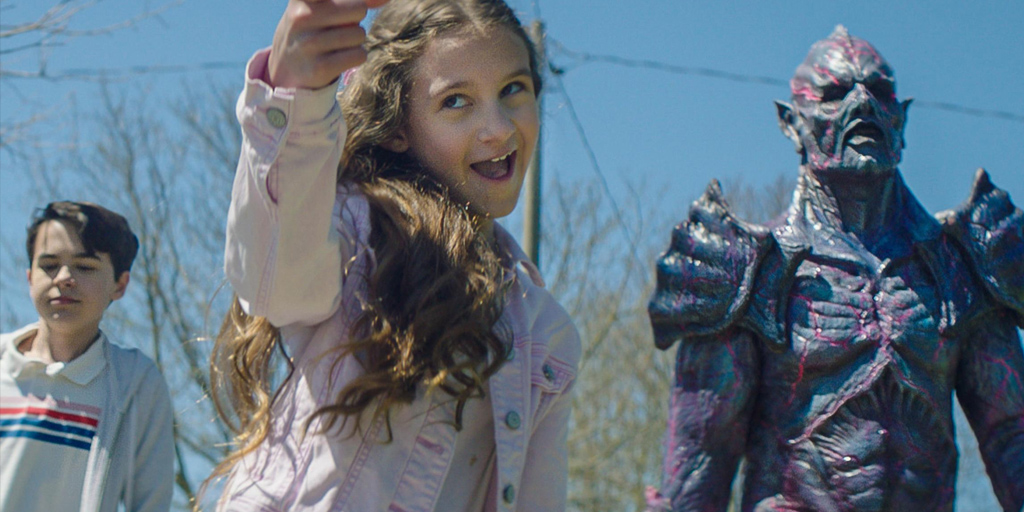 It may be called PG but it is indeed Rated R. ‘Psycho Goreman’ comes from the fellas that brought us Manborg (Astron-6) and one of my favorite short segments of all-time ‘Champions of Zorb’ (ABC’s of Death) that took us inside a 90’s toy commercial for action figures and exposed the dark underbelly. Shout out to Fantasy Man!

Now director Steven Kostanski brings his unique style of filmmaking to SXSW with his new feature ‘PG (Psycho Goreman.)’ Fans of his previous work will be clamoring to devour his new film and I am one of those people. I could see this living in a box set with ‘Turbo Kid’ and the special features including ‘Champions of Zorb’ for a perfect trilogy of vintage goodness.

In PG, siblings Mimi and Luke unwittingly resurrect an ancient alien overlord. Using a magical amulet, they force the monster to obey their childish whims, and accidentally attract a rogues’ gallery of intergalactic assassins to small-town suburbia.

You will be able to catch the world premiere of ‘PG (Psycho Goreman)’ at SXSW during the Midnighters Block of programming. Until then check out the teaser trailer below in all it’s glory!