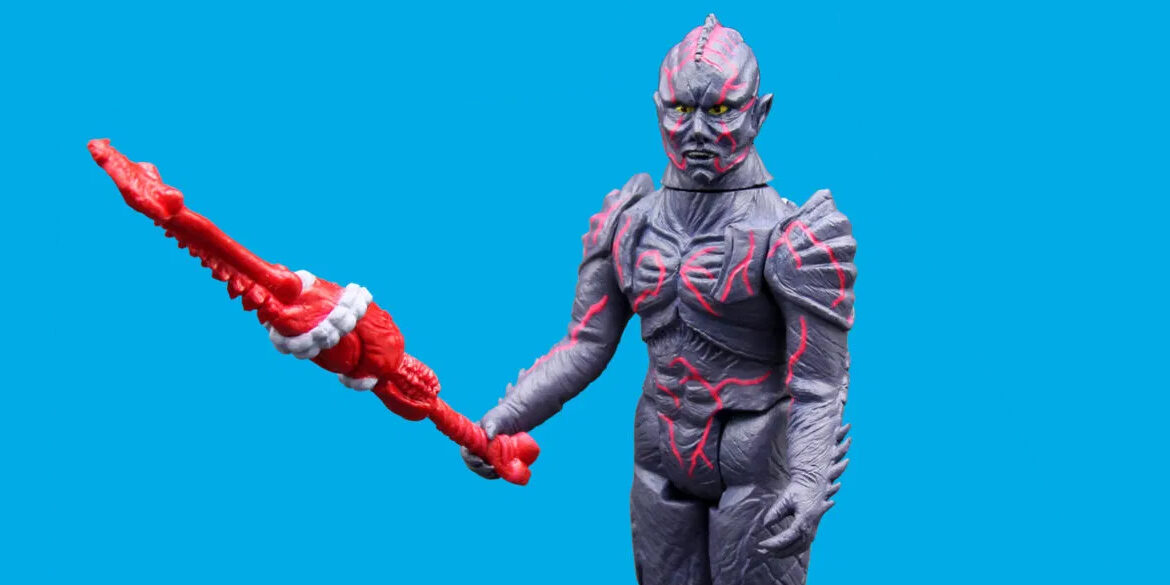 Steve Kostanski’s ‘Pyscho Goreman’ debut this Friday (Jan 22)  in theaters and on Apple TV and the folks over at Plastic Meatball have dropped two rad retro Kenner style action figures to get us hyped! But it won’t stop with just action figures, they play to release a whole collection around the film. Sure to be full of retro fun.

It might seem strange for such a low-budget indie film to get a collection of merch, but that is also part of the charm of companies like Plastic Meatball and Readful Things. We love it!

The film follows siblings Mimi and Luke who unwittingly resurrect an ancient alien overlord who was entombed on Earth millions of years ago after a failed attempt to destroy the universe. They nickname the evil creature Psycho Goreman (or PG for short) and use the magical amulet they discovered to force him to obey their childish whims. It isn’t long before PG’s reappearance draws the attention of intergalactic friends and foes from across the cosmos and a rogues’ gallery of alien combatants converges in small-town suburbia to battle for the fate of the galaxy.

“As you know, it’s pretty rare for a low-budget genre flick like this to get a full merch push upon its initial release. But we were just so charmed by the film when we saw an early version of it last spring that we had to jump on board,” the company adds. “We decided to treat it the way Kenner tried to make a line of child friendly Alien toys back in ’79. That just seemed hilarious to us, considering the amount of blood and gore in the film.”