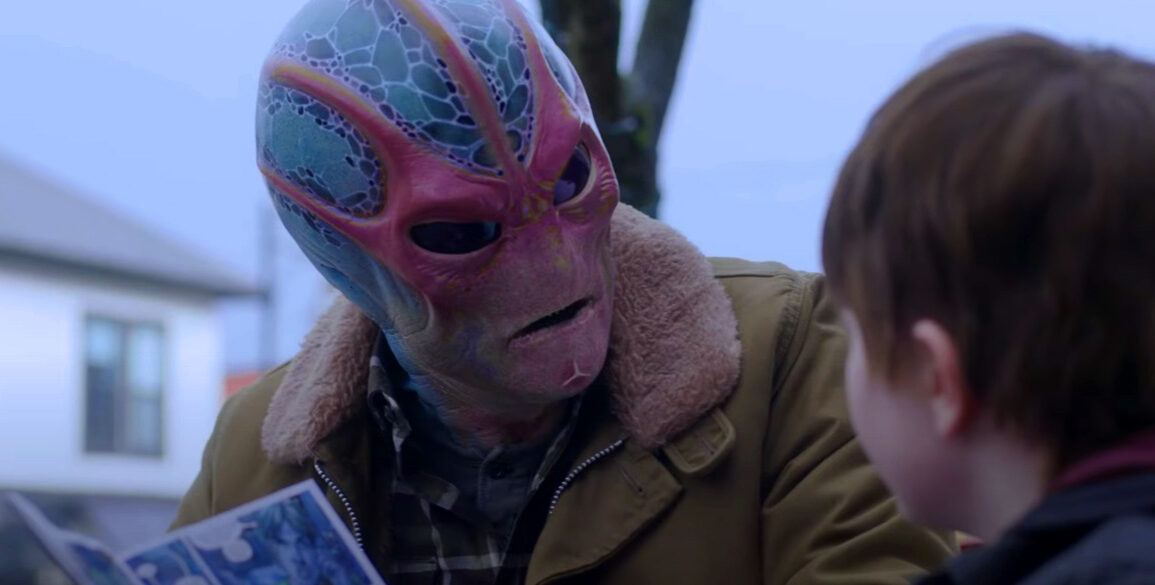 The out of this world, down to earth, sci-fi comedy is back starring Alan Tudyk as the quirky fun-loving, man eating alien Harry in the SYFY’s ‘Resident Alien.’ New episodes are set to premiere on August 10th!

Based on the Dark Horse Comics, SYFY’s ‘Resident Alien‘ follows a crash-landed alien named Harry (Alan Tudyk) whose secret mission is to kill all humans. In season two, Harry is once again stranded on Earth where he must confront the consequences of having failed his people’s mission to destroy the human race. The second half of Season 2 picks up in the immediate aftermath of the shocking action Asta (Sara Tomko) took to save Harry’s life. They must deal with the emotional fallout of the night all while searching for the alien baby – a search that leads to big realizations for each of them. Meanwhile, Sheriff Mike (Corey Reynolds) and Deputy Liv (Elizabeth Bowen) solve a big case, Ben (Levi Fiehler) attempts to sell Patience on a new resort, and D’arcy (Alice Wetterlund) fights the challenge of a lifetime.

“We’re going right into it. There’s too much going on,” Sheridan says, noting that it’s not just the matter of Asta and Harry explaining away a dead man to witness D’arcy (Alice Wetterlund), or even how they dispose of him. Yikes.

Check out the trailer below. I expect a ‘Resident Alien’ panel to be hosted by SYFY at  San Diego Comic-Con 2022 but have not confirmed that just yet.