REVIEW: ‘Blood Relatives’ Has Plenty of Heart and Fangs

A fangtastic flick for, and featuring, the familiar flawed family 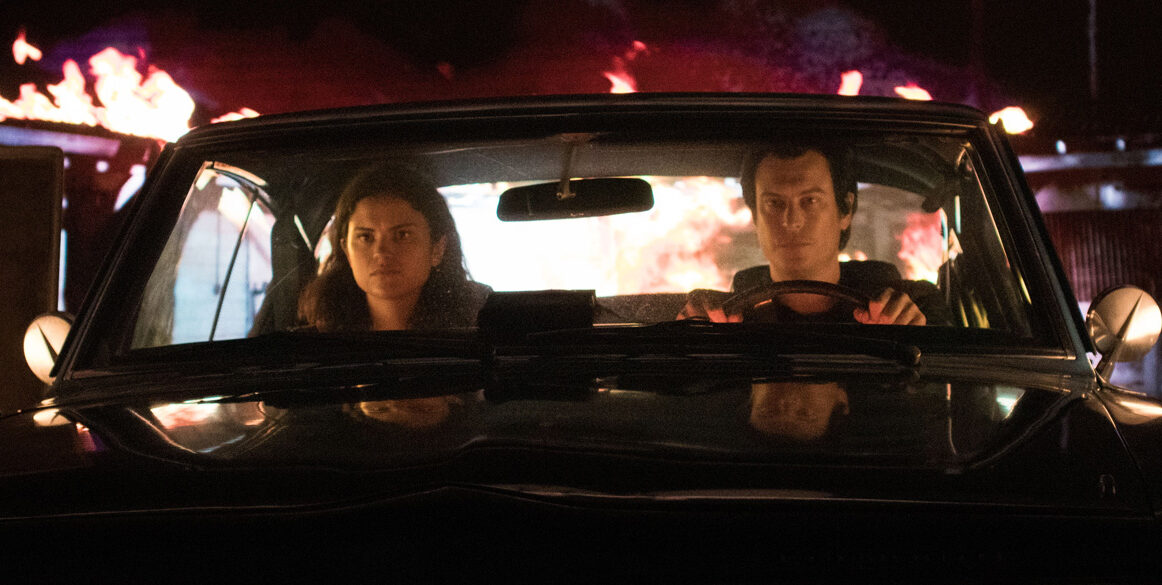 Just in time for the holiday season comes Noah Segan’s horror-comedy Blood Relatives, starring Victoria Moroles and himself. Although it’s not focused around any particular holiday, it’s introduces us to a far-from-perfect family and has got that cozy feeling, so it’s close enough to your average holiday movie.

Francis— played by Segan— is a vampire-vagabond, schelpping his way through the U.S. in his flashy hot rod; accompanied only by his blaring classical music, and his leather jacket. After checking into a motel for the night, Francis is forced to confront his drifter lifestyle when  15 year-old Jane appears and tell him she’s his daughter.

Right off the bat, you can tell this is gonna be a fun time— the first few minutes really nail down the tone of the film, and exactly what kind of atmosphere and humor you can expect for the next hour-and-a-half. As a low-budget indie-horror, things are kept quite simple— no big special effects, or crazy-big action sequences— and it is absolutely to the film’s advantage. More intimate, and focused on the at-first fraught relationship between the two leads, there is the perfect balance of comedy and emotion that just really hits that sweet spot. A fine example of something truly charming.

Jane, played by Victoria Moroles, is the coolest 15 year-old I think I’ve ever met. Jane is witty, resourceful, and a total bad-ass— who has no problem eating dudes who are creepy and foul, or blatantly misogynistic. As the wake-up call to Francis, she more-or-less rescues him— even if it might seem the other way around at first.

Francis is equally as likeable, even if he spends most of the film making mistake after mistake. With his leather jacket, sunglasses, and muscle car, he’s quite alluring— and though short-tempered at times, he’s genuinely just a nice guy who also just-so-happens to be willing to eat you if you piss him off.

The relationship that forms between Jane and Francis goes through a miriad of obstacles and bumps, but as with every mistake, they get it just a little more right. They don’t connect immidiately, and they can’t see their futures clear-as-day from the start, but regardless they make it through. In the moments where they get past the fog, and get it right, there is tenderness, and authentic care for one another. And it’s almost like they’ve been together the whole time.

Blood Relatives is really just… delightful! I want to spend so much more time with these characters; and it left me feeling like a really good tv pilot would. They draw out the sinful desire of wanting a series made out of the film, just so I can get more time with Francis and Jane. And honestly, if kept as simple and personal as the film is, I think it might actually make for a pretty good series.

The warmth that radiates from this film is no accident— it is a result of a genuineintamcy with writer-director(-actor) Noah Segan. In an interview with Variety’s Jordan Hoffman about the film, Segan discussed how much of it was derived from his journey as a father, and life as a Jewish man in America.

“It’s a full metamorphosis, and I spent my life as a wormlike creature. I used to think I was a really cool guy—I got to be in independent movies and go to film festivals, wear slicked-back hair and a leather jacket, and ride around in a cool car. I thought I was cool! You know what? A baby doesn’t care about that.”

The accuracy of that statement reflected in the film just shows how personal the film really is to Segan, and so much of that is incredibly palpable. I mean, he literally made this vampire-loner wear a leather-jacket, with slicked back hair, and ride around in a cool car— how much more self-insert can you get?

The trek to and through parenthood is scary no-doubt, especially when there is a completely new identity that needs to be assumed in order to be who you need to be for your kid. And Francis quite literally takes on a new indentity to be able to give Jane the life that she needs.

As both Segan and Francis navigate fatherhood, Francis and Jane literally navigate through a handful of states in the U.S. Another thing about Blood Relatives, is that is is a uniquely American vampire story. Having spent most of his life on the outskirts, Francis is still (figuritively and literally) in the dark. His style is straight from the fifties, around the time he first arrived the the U.S., and he is not exactly up-to-date with technology, with no phone and a cassette player in his car. Not only is he still estranged from the country he is living in, but the times he is living in as well.

There are references to 9/11 and crazy, gun-toting Americans; and with every state line crossed, the name appears in big, bright and bold, red letters plastered in the middle of the screen. When Francis initially sends Jane to live with her ‘family’, she is turned away by her aunt who had been ignoring any attempts to get in contact with her up until that moment. The irony comes from the camera staring at Jane, dead-center in front of a wall nearly completely covered with crosses and ‘live, love, laugh’ decorations. What’s more American than guns, Jesus, and hypocrisy?— oh, oh! and anti-Semitism! (Seems to be making a public comback lately.)

Segan spoke about growing up in New York as a Jewish boy, and his connections between Jewishness and vampires.

“Linking vampires to Jewishness, I definitely thought about the fear of otherness. To many, we are not human. But we look human. For many, that’s what they dislike about Jews—they have a fear that we are already inside, we can pass, and to them, that’s even scarier.”

Eariler in the conversation, Segan refers to the “vampires can’t come in without an invitation” trope as feeling “very Jewish” to him, explaining that like the character of Francis, “[Jewish people] don’t know what will happen if we go somewhere without an invitation.”

In the film, it’s a reoccuring gag— a pretty silly-funny one actually— that Francis cannot physically go in anywhere without explicitly being told he can come in. Likely not by coincidence, Segan’s comparison of Jewishness and vampires carries a lot of meaning to it— for historically speaking, vampires have long been coded as Jewish, and have been vessels for anti-Semetic stereotypes and ideologies for as long as they have been around.

The plainest example of this not-so-subtle anti-Semetic coding is probably in F.W. Murnau’s Nosferatu; and Count Orlock’s embellished and hyperbolized, stereotypical Jewish features.

After killing and eating an anti-Semetic store owner at the beginning of the film (rightfully so), it is clear that Francis’ Jewishness will not just be a one-and-done mention in the film. As we learn a bit later into the film, Francis was turned into a vampire around the time of World War II, and thus the Holocaust. Though he doesn’t directly say it, it’s heavily implied that his family (wife and son) were killed while at a German concentration camp. After their deaths, Francis stowed away in a coffin to the U.S. and was taken in by a couple there, where he has lived since then. It is a bleak backstory, but one that turns the character of Francis from a indifferent, detached loner, to a demoralized, lost survivor.

Somehow, even with a backstory as dark as this one, Segan manages to keep a light mood and creates a story of joy, filled with hope for the future.

I’m really glad that Segan included this part of his identity in the film: not only is it long-time needed represention of a vastly underrepresented community, especially right now, and especially in the horror genre; but it just makes the film all the more personal, and it is tangible.

I might be starting to sound overly-sentimental here, but honestly this movie was just a really nice surprise! It’s been a while since a film made me feel jovial— and I have no doubt that the feeling will be mutual once you’re able to catch Blood Relatives when it streams on Shudder Tuesday Nov 22. 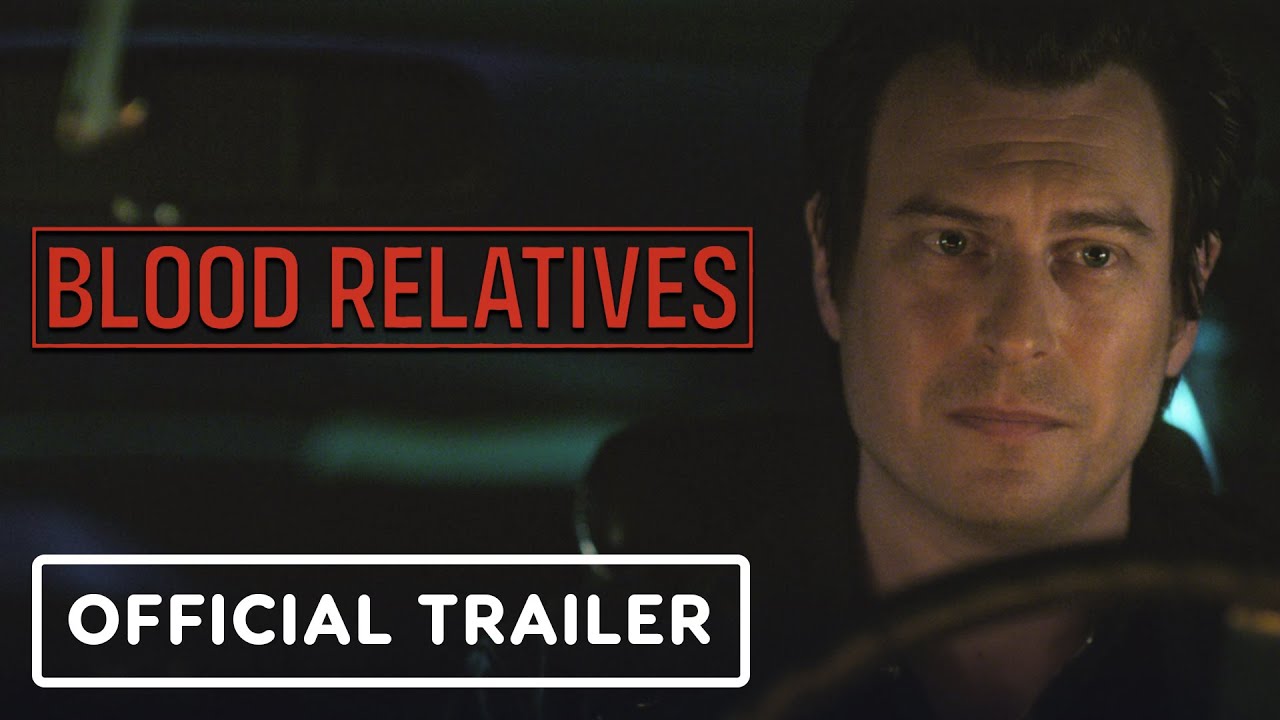 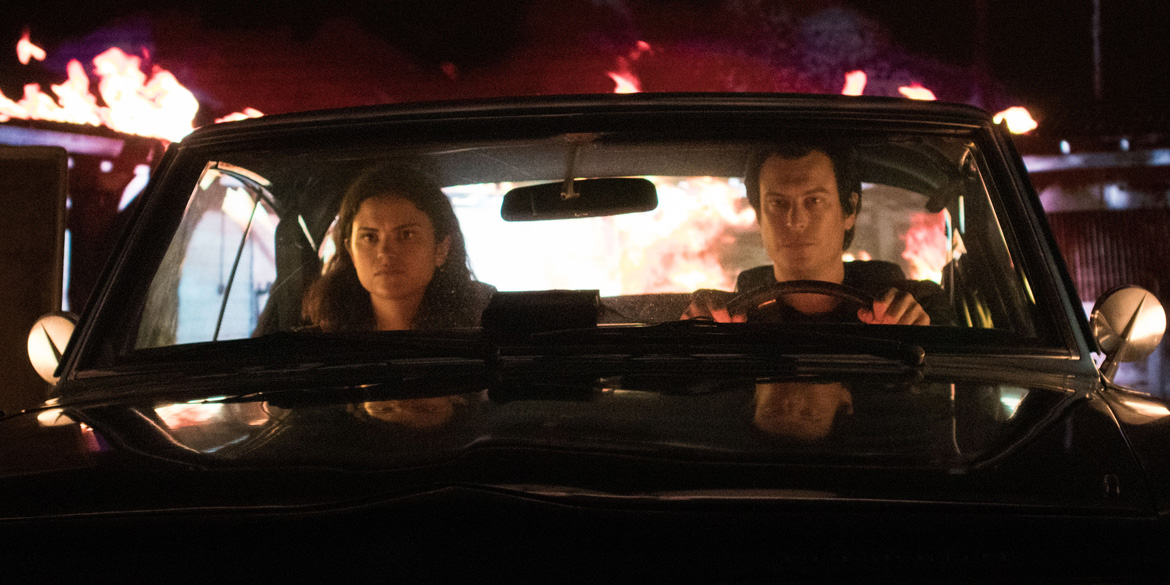 REVIEW: ‘Blood Relatives’ Has Plenty of Heart and Fangs
90