REVIEW: ‘Spiral: From the Book of Saw’ Has Its Swirling Eyes on Justice, But Misses the Mark 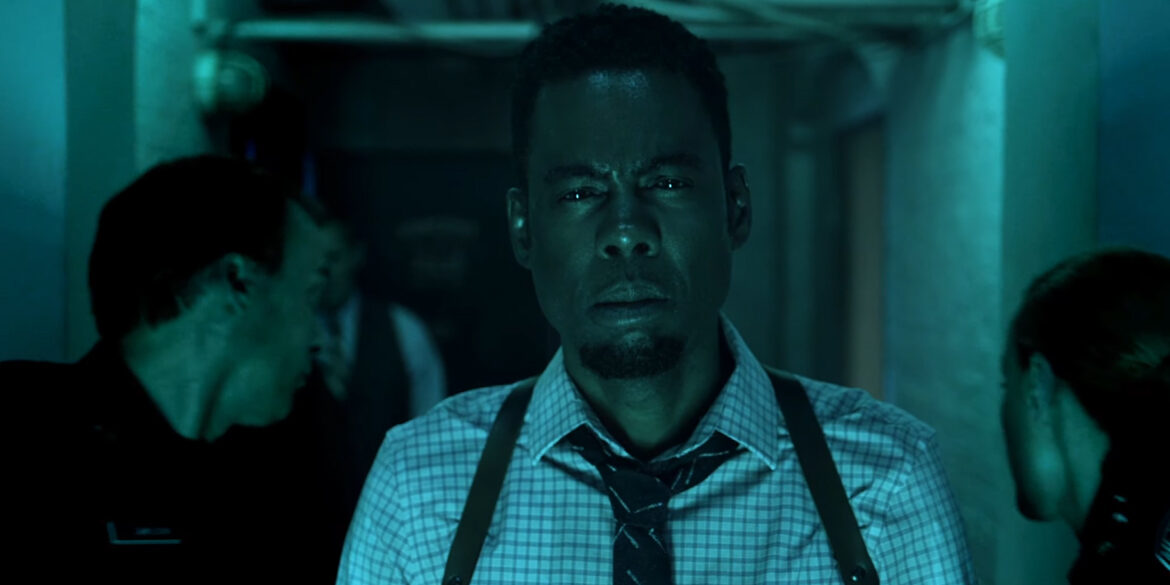 It only seems fitting for the latest ‘Saw’ installment to be called ‘Spiral.’ Aside from the obvious callback to the creepy, crimson cheeks of Billy the Puppet, there’s a little more color to the title. The film’s final act makes that deeper meaning abundantly clear — a spiral is described as a “symbol of change” and evolution, a step toward meaningful transformation.

When you get 8 films deep in a swiftly wilting Hollywood horror franchise, one can only assume it was time to draw fresh blood. ‘Spiral: From the Book of Saw’ is an attempt to revive the series by morphing it into more than the story of one man’s twisted sense of morality. Director Darren Lynn Bousman and writers Josh Stolberg and Peter Goldfinger expand the story of Jigsaw — and sadistic “justice” — into one about police corruption.

Let’s first be clear that an effort to infuse an established film franchise with a sociopolitical bite is admirable. The recognition of a problem, and an expressive, if gore-filled mirror held back up to it is one way to use the artistic tools at one’s disposal. But while ‘Spiral’ has its swirling, red eyes fixed on restoring justice, its over simplicity and underlying toothlessness causes it to fall deathly short of its lofty prospects of transformation.

A step that seemed to be in the right direction for ‘Saw’ was bringing in actor-comedian Chris Rock, ‘Spiral’s entirely fine, if wobbly center of gravity. Recent moviemaking gossip says it was Rock who was set on helping revive franchise, pitching ideas that would ultimately inspire the final script. Rock plays Detective Ezekiel “Zeke” Banks. How to describe Zeke… Imagine a bitter, loner cop who wants no friends, no partner, moves through the cartoonishly masculine motions of a divorce and tells off-color jokes about ‘Forrest Gump.’ That’s Zeke.

A doozy of an opening — a gruesome killing of a police officer — puts us firmly in ‘Saw’ territory. There’s the automated, bassy voice, a metal contraption, a frantic spattering of blood. We continue to see more police officers tested by this Jigsaw copycat, and killed in elaborate, bloody fashion. Zeke’s called to that first crime scene, only he discovers his game is more personal.

Adding little but star power to the world of ‘Spiral,’ Zeke finds himself working in the shadow of his father, Marcus, (Samuel L. Jackson) former Captain of the Metro Police. The meatier tidbit of background is that Zeke turned in a dirty cop 12 years prior, and suffers workplace retaliation from his fellow law enforcement officers. It’s why he prefers to work alone — there’s no one he can trust. But can things change? Can he change?

This character study could have a bite if accompanied by smooth, savvy filmmaking. Instead, ‘Spiral’ is the franchise’s tonal attempt at the grisly mystery of ‘Se7en,’ if the David Fincher flair was replaced with that of a cookie cutter police procedural. Cheesy throwaways and surface-level character-building suggest the air of an episode of network television — ‘Law and Order: Horrific Serial Crimes Unit.’ It doesn’t do the character of Zeke Banks any favors, either.

The more fascinating character study actually lies in a rookie assigned to be Zeke’s partner on the case, Detective William Schenk (Max Minghella). He breaks open the film’s attempt at meaningful transformation — its core flaws as well.

A wide-eyed goody two-shoes, Schenk is committed to the fantasy that he can be the good apple in the rotten bunch. He’s set on playing by the rules — trouble is, he is blissfully unaware that being a cop in the current system assures that “rules” have never applied to him. Even Zeke, the guy we’re rooting for, follows a questionable rulebook, despite his impulse to do what’s right. What mold is Schenk hoping to squeeze himself into?

Though the “dirty cop” game is one the ‘Saw’ series has played in previous installments, this spin-off doubles down. In an eerie voice recording, the Jigsaw copycat clearly states his mission: to reform the Metro Police. By exclusively targeting law enforcement, the killer is attempting to cleanse waters that are and always have been muddied. It’s a can of worms, for sure, but not one that’ll produce a bite in 90 minutes. Not to worry, though — the rhetoric was never conceived with such nuance or complexity. It’s much more simple than that. Director Darren Lynn Bousman shared as much with The Hollywood Reporter in support of the film:

“A critical thing for us was that if we were going to focus on corrupt cops, then it was paramount to us that the hero be a cop, as well. Because not all cops are bad.”

Your friendly 800-word reviewer won’t dive into that can of worms, either.

55
REVIEW: ‘Spiral: From the Book of Saw’ Has Its Swirling Eyes on Justice, But Misses the Mark 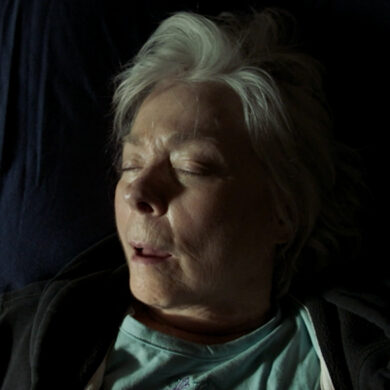 SXSW 2021 REIVEW: ‘Joanne is Dead’ Asks You to Respect Your Elders – Or Else