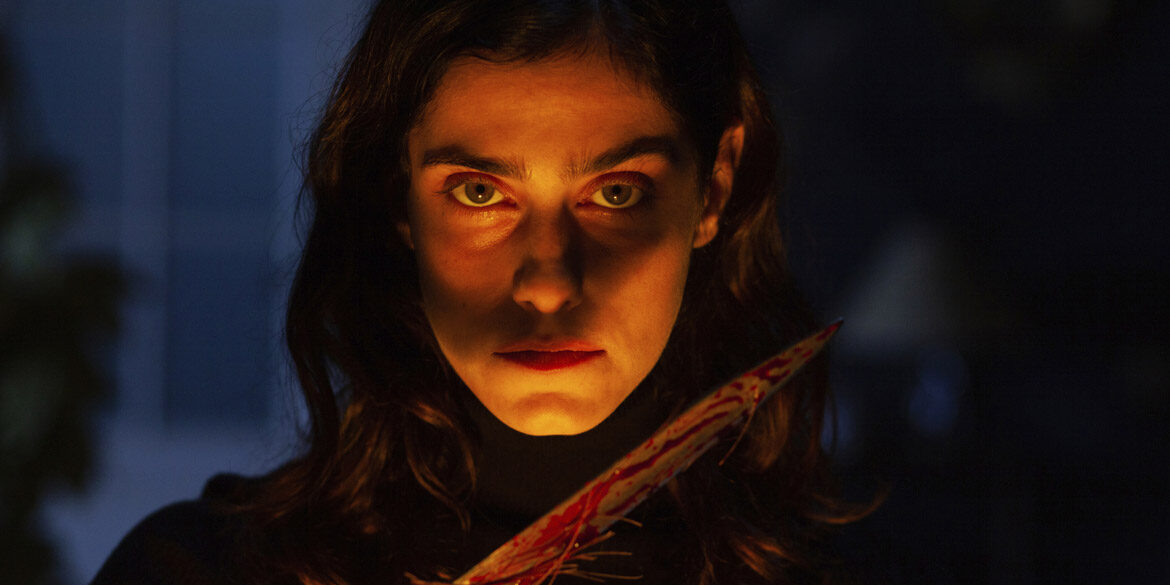 Shudder has acquired the horror films Slapface and The Advent Calendar ahead of their FrightFest premieres in London later this month. Shudder will release the films exclusively in North America, the United Kingdom, Ireland, Australia and New Zealand. The Advent Calendar from writer/director Patrick Ridremont will debut on the service in December 2021 followed by award-winning Slapface from writer/director Jeremiah Kipp in 2022.

Both films will join recently announced Shudder acquisitions Offseason from writer/director Mickey Keating and The Last Thing Mary Saw from writer/director Edoardo Vitaletti at FrightFest, which is the UK’s biggest fantasy and horror film festival taking place 26-30 August. Those films will debut exclusively on Shudder in the United Kingdom, Ireland, Australia and New Zealand in 2022. Shudder will have exclusive streaming rights in North America for the two titles next year.

Craig Engler, general manager of Shudder, commented, “Shudder members will have exclusive access to some of the most exciting and compelling festival films in the months ahead. We are excited to debut Patrick Ridremont’s chilling French horror fantasy The Advent Calendar just in time for the holidays and Jeremiah Kipp’s mysterious and eerie Slapface next year. They will join American gothic horror Offseason and unique period feature The Last Thing Mary Saw along with many other exclusive series and films to haunt and delight our members.”

Writer/director Patrick Ridremont’s French horror fantasy is an ornate and elegant chiller. Eva (Eugénie Derouand, Paris Police 1900), an ex-dancer, is now living in a wheelchair, unable to walk. When her friend Sophie (Honorine Magnier, Tomorrow is Ours) gives her an old wooden antique advent calendar before Christmas, she realizes each window contains a surprise that triggers repercussions in real life.  Some of them are good, but most of them are bad, really bad. Now Eva will have to choose between getting rid of the calendar or walking again – even if it causes death and destruction to everyone she holds dear around her. The film was produced by Alain Benguigui, Virginie Ogouz, Jean-Yves Roubin and Cassandre Warnauts.

Is there a relationship more special than that of a boy and his monster? After Lucas (August Maturo, The Nun) and Tom (Mike Manning, The Call) lose their mother in an accident, they think they only have each other to lean on. But Lucas has become fascinated by local myths of a monster (Lukas Hassel, The Black Room) in the woods, reciting the rhyme that kids have been repeating for generations whenever he walks by the abandoned hospital. When bullying girls from his school dare him to go inside, the rhyme comes to life and as Lucas’ visits become more frequent, the disappearances begin. But surely the Virago witch would never hurt him? Written and directed by Jeremiah Kipp, Slapface won the Audience Award at the Cinequest San Jose Film Festival this year. It also stars Dan Hedaya (The Usual Suspects), Libe Barer (Sneaky Pete), Mirabelle Lee (The Blacklist), Bianca D’Ambrosio (yA) and Chiara D’Ambrosio (yA). The film was produced by Joe Benedetto, Artisha Mann Cooper, Mike Manning.

Written and directed by Mickey Keating (Darling, Carnage Park, Psychopaths) and starring Jocelin Donahue (The House of the Devil) and Joe Swanberg (You’re Next, The Sacrament), this American Gothic horror follows a woman (Donahue) who travels to a desolate island town after receiving a mysterious letter and soon becomes trapped in a nightmare. The film was produced by Maurice Fadida and Eric B. Fleischman through their label Defiant Studios and financed by Kodiak Pictures.

Beginning in 1843, young Mary (Stefanie Scott, Insidious: Chapter 3), blood trickling from behind the blindfold tied around her eyes, is interrogated about the events surrounding her grandmother’s death. As the story jumps back in time, we witness Mary, raised in a repressively religious household, finding fleeting happiness in the arms of Eleanor (Isabelle Fuhrman, Orphan), the home’s maid. Her family, who believe they are seeing, speaking, and acting on God’s behalf, view the girls’ relationship as an abomination, to be dealt with as severely as possible. The couple attempt to carry on in secret, but someone is always watching, or listening, and the wages of perceived sin threaten to become death, with the tension only heightened by the arrival of an enigmatic stranger (Rory Culkin, Waco, Halston) and the revelation of greater forces at work. Written and directed by Edoardo Vitaletti, the film was produced by Isen Robbins and Aimee Schoof of Intrinsic Value Films, Harrison Allen and Madeleine Schumacher of Arachnid Films, Stephen Tedeschi and Executive Produced by Scoop Wasserstein.