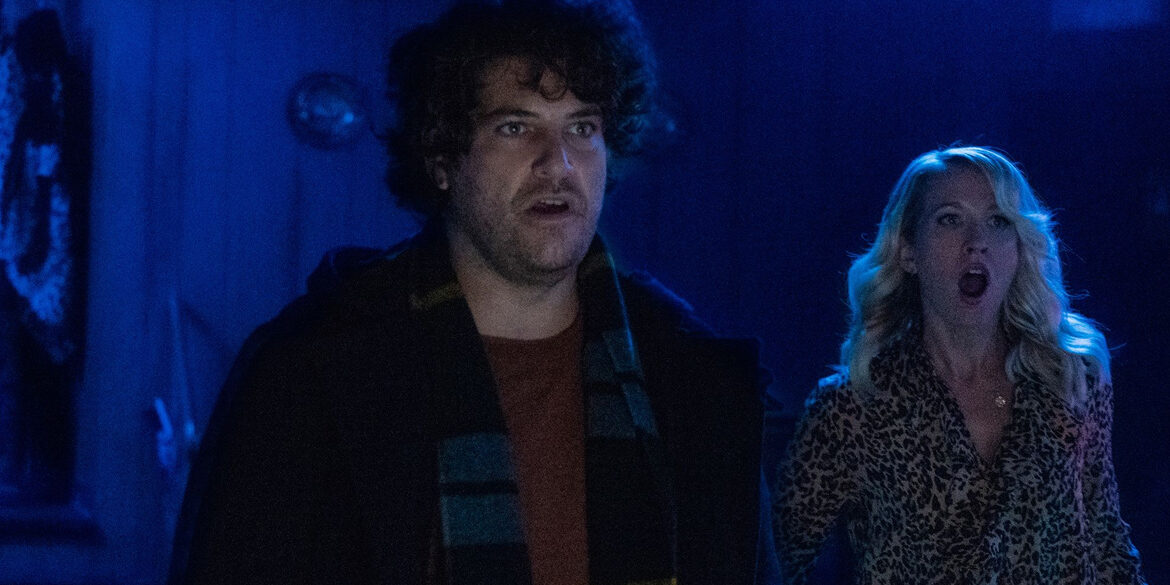 Shudder announced their December programming that includes a new Joe Bob and Creepshow Christmas special along with some great addition to the platform that include ‘Anything For Jackson’ ‘The Pale Door’ and a collection of horrific holiday treats! Check out the full lineup below.

The Christmas spirit takes over The Last Drive-In as Joe Bob and Darcy close out the year with a double feature of holiday horrors. Premieres live on the ShudderTV feed Friday, December 11, and will be made available on demand on Sunday, December 13. (Also available on Shudder Canada)

In the holiday themed, hour-long episode, “Shapeshifters Anonymous,” fearing he is a murderer, an anxious man searches for answers for his “unique condition” from an unusual support group. Starring Anna Camp (Pitch Perfect) and Adam Pally (The Mindy Project), the special is written and directed by Creepshow showrunner Greg Nicotero, based on a short story by J.A. Konrath (Last Call). (Also available on Shudder Canada, Shudder UK and Shudder ANZ)

ANYTHING FOR JACKSON — December 3

After losing their only grandson in a car accident, grief-stricken Audrey and Henry, a doctor, kidnap his pregnant patient with the intentions of performing a “Reverse Exorcism”, putting Jackson inside her unborn child. It doesn’t take long to figure out Jackson isn’t the only ghost the grandparents invited into their home. Now it’s a race against time for the couple, as well as the pregnant woman to figure a way out of the haunting they’ve set upon themselves.

Consider this wintery anti-Nativity tale Shudder’s Christmas counterprogramming, from a writer (Keith Cooper) and director (Justin G. Dyck) who together have made a bevy of traditional holiday movies. Believe me, this ain’t Baby in a Manger or Christmas with a Prince.

The Dalton gang find shelter in a seemingly uninhabited ghost town after a train robbery goes south. Seeking help for their wounded leader, they are surprised to stumble upon a welcoming brothel in the town’s square. But the beautiful women who greet them are actually a coven of witches with very sinister plans for the unsuspecting outlaws – and the battle between good and evil is just beginning. Starring Devin Druid, Zachary Knighton, Bill Sage, Pat Healy, Natasha Bassett, Stan Shaw, Melora Walters, directed by Aaron B. Koontz (Scare Package). A SHUDDER EXCLUSIVE. (Also available on Shudder Canada, Shudder UK and Shudder ANZ)

Home invasion by a supernatural man in a blood-red suit? Holiday getaways that turn homicidal? These Christmas films prove that yuletide is the perfect season for terror. Featuring Blood Beat, Body, Rare Exports and Sheitan (all newly coming to Shudder on November 30) along with Bob Clark’s proto-slasher Black Christmas, the Shudder Exclusives All the Creatures Were Stirring, Better Watch Out and Christmas Presence, Christmas Evil, A Christmas Horror Story, Deadly Games, Jack Frost, Red Christmas and Silent Night, Deadly Night 2, among others. (Collection also available on Shudder Canada and Shudder UK; titles vary by region)

Slip on your black gloves and deck the halls with bloody murder, Italian style, as Shudder debuts its biggest-ever collection of Giallo cinema, both classic and modern, with films by Dario Argento, Lucio Fulci, Lamberto Bava, Michele Soavi, Sergio Martino and many, many more. Featuring A Blade in the Dark, Death Laid an Egg, Black Belly of the Tarantula, The Case of the Bloody Iris, The Corruption of Chris Miller, The Editor, The Fifth Cord, New York Ripper, The Night Evelyn Came Out of the Grave, The Red Queen Kills Seven Times, Short Night of Glass Dolls, Stagefright, Torso, Trauma, Your Vice is a Locked Room and What Have You Done to Solange (all newly coming to Shudder on December 2), along with current Shudder films All the Colors of the Dark, The Cat O’Nine Tales, Deep Red, Don’t Torture a Duckling, Knife + Heart, Phenomena, The Strange Vice of Mrs. Wardh and Tenebrae. (Collection also available on Shudder Canada, Shudder UK and Shudder ANZ; titles vary by region)

ALL NEW TITLES FOR DECEMBER

A darkly funny and twisted journey taking place entirely on one unforgettable Christmas Eve, Body revolves around a trio of college co-eds whose dalliance with breaking-and-entering goes horribly awry. Following a freak accident, the girls find themselves entangled in a Hitchcockian nightmare steeped in tension, suspicion, double-crossing, and murder, where no one is to be trusted and a new twist lies around every corner. From the team behind last year’s Villains. Starring Helen Rogers, Alexandra Turshen, Lauren Molina, Larry Fessenden (Also available on Shudder Canada and Shudder UK)

In this darkly comic gem, it’s Christmas Eve in northern Finland, and an archeological dig has just unearthed Santa Claus. But this Santa isn’t one you want coming to town. When local children begin disappearing, Pietari and his father capture the mythological being and attempt to sell Santa to the corporation sponsoring the dig. Starring Onni Tommila, Jorma Tommila, Tommi Korpela (Also available on Shudder Canada)

On Christmas Eve, a group of guys meet two gorgeous girls who invite them to spend the weekend in the country, where they meet Joseph, a creepy unkempt man whose pregnant wife is hidden in the house. That evening, their innocent Christmas dinner turns into disturbing conversations about sex, satanic possession and incest. Joseph’s behavior becomes increasingly erratic and the young friends realize all hell is about to break loose. Starring Vincent Cassel, Olivier Barthelemy, Roxane Mesquida (Also available on Shudder Canada)

When a single mother and her two sons move to the sleepy seaside California town of Santa Clara, they discover much more than they anticipated in this visually stunning blend of hip humor, horror and rock ‘n’ roll about the most compelling group of contemporary vampires ever to put fang to vein. Starring Kiefer Sutherland, Corey Feldman, Jason Patric, Corey Haim, Dianne Wiest

A Blade in the Dark (Also available on Shudder Canada)

Black Belly of the Tarantula (Also available on Shudder Canada)

The Case of the Bloody Iris (Also available on Shudder Canada)

Your Vice is a Locked Room (Also available on Shudder Canada)

ANYTHING FOR JACKSON (see above for details)

Note: Castle Freak and VFW were acquired prior to May 2020. Shudder is no longer working with the producer, Cinestate, on any further titles.

A hypnotically stylish, fever dream thriller from the team behind Amer and The Strange Color of Your Body’s Tears. During a beautiful Mediterranean summer, Rhino and his gang steal a cache of gold. They believe they’ve found the perfect hideout until surprise guests and two cops compromise their plan. Starring Elina Lowensohn, Stephane Ferrara, Bernie Bonvoisin, Hervé Sogne (Also available on Shudder Canada)

Note: Castle Freak and VFW were acquired prior to May 2020. Shudder is no longer working with the producer, Cinestate, on any further titles.

Acclaimed French filmmaker Bertrand Bonello brings the zombie film back to its Haitian roots. In 1962, a man is brought back from the dead to work on a sugar cane plantation; many years later, a teen tells her friends her family secret, not suspecting that it will push one of them to commit the irreparable. Starring Louise Labeque, Wislanda Louimat, Katiana Milfort (Also available on Shudder Canada)

A GOOD WOMAN IS HARD TO FIND (Director: Abner Pastoll)

A recently widowed young mother will go to great lengths to protect her children as she seeks the truth behind her husband’s murder. Starring Sarah Bolger, Edward Hogg, Andrew Simpson (Also available on Shudder Canada)

A man brought to a police station possesses everyone’s darkest secrets. As the cops try to figure out who or what he is, they soon realize deadly retribution awaits anyone who stands in his way. This violent chiller is definitely not for the easily disturbed. Starring Liam Cunningham, Pollyanna McIntosh, Bryan Larkin (Also available on Shudder Canada)

THE PALE DOOR (see above for details)

A CREEPSHOW HOLIDAY SPECIAL (see above for details)

El Señor, the leader of a small cult in the mountains, returns one day to his village with a child who is purported to be the new messiah. But when only pain and destruction befall the community, El Señor finds himself under attack from his own followers, including his three daughters, whose burgeoning femininity has already caused them to question their faith. Equally mystical and terrifying, LUZ: THE FLOWER OF EVIL is a fantasy folk horror film where tranquility belies a simmering evil. Starring Yuri Vargas, Conrado Osorio, Andrea Esquivel, Sharon Guzman, Jim Munoz (Also available on Shudder Canada, Shudder UK and Shudder ANZ)

In an attempt to start a new life with his young, fragmented family, bankrupt William Ziel returns to the farm he inherited from his estranged father. Lazarus, the farmhand who took care of William’s father in his lonely final hours, reappears soon after William, Sarah, and adopted daughter Mary arrive. A supposed chance meeting between Mary and Lazarus develops into a bond between two kindred spirits. But Lazarus carries a dark secret: a demon child with an insatiable appetite for human souls … and now the Ziels’ newfound domesticity is placed at unfathomable risk. Starring Tshamano Sebe, Inge Beckmann, Keita Luna (Also available on Shudder Canada) 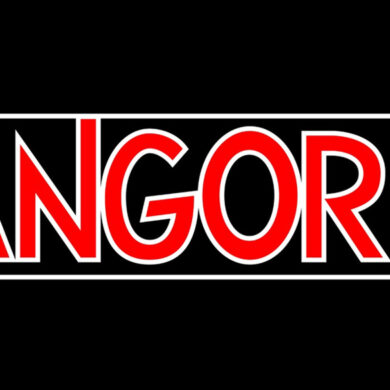