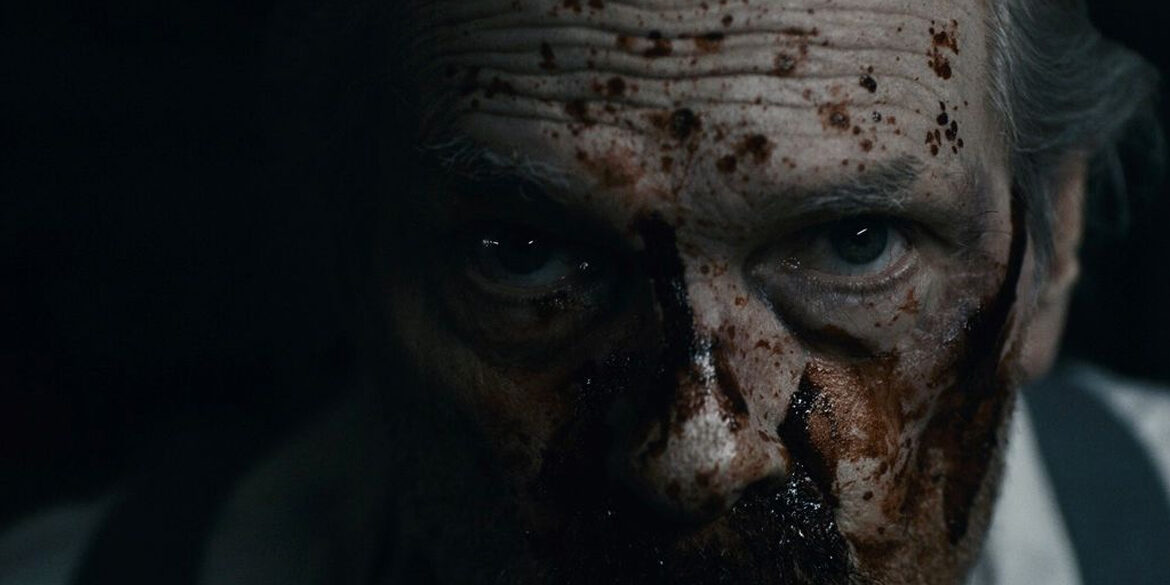 Shudder announced its unbeatable lineup of eleven new Shudder Original and Shudder Exclusive films set to premiere on the service over the next eleven weeks: Hunted, The Queen of Black Magic, A Nightmare Wakes, After Midnight, Shook, The Dark & the Wicked, Lucky, Stay Out of the F**king Attic, Slaxx, Koko-di Koko-da andViolation that together span five countries on three continents and range from dark comedy to survival horror to period psychological thrillers. The eleven films represent vibrant, creative passion driving independent and international genre cinema today, with titles that have been official selections at top film festivals including Sundance, Toronto, SXSW and Tribeca. In addition, five of the eleven are directed or co-directed by female filmmakers. See below for details and dates.

“2020 set a new standard for Shudder Original and Exclusive films with more than 40 premieres, including two, La Llorona and Impetigore—submitted by their home countries for Oscar consideration, and another, the Zoom-based Host, capturing our unique quarantine moment better than any other film released last year. 2021 is set to be even bigger with films from both established horror masters and exciting new voices premiering nearly every week. First quarter is just the beginning as we continue to grow the best library of exclusive horror in streaming,” said Craig Engler, Shudder’s General Manager.

A modern and radical take on the Little Red Riding Hood fable. What started as a flirtatious encounter at a bar turns into a life-or-death struggle as Eve (Lucie Debay, The Confession) becomes the unknowing target of a misogynistic plot against her. Forced to flee as a predator (Arieh Worthalter, Girl) and his accomplice pursue her through the forest, she’s pushed to extremes while fighting to survive in the wilderness—but survival isn’t enough for Eve. She will have revenge. Directed by Vincent Paronnaud, the Academy Award™-nominated co-director of Persepolis. A Shudder Original, also available on Shudder Canada, Shudder UK and Shudder ANZ

In this terrifying tale of buried secrets and supernatural revenge from two of Indonesia’s modern masters of horror, a middle-class family travels into rural Indonesia to visit the terminally ill director of the orphanage where the father was raised as a child. Sinister events soon befall them and the other visiting families as the orphanage’s dark history comes to light. Starring Ario Bayu and Hannah Al, written by Joko Anwar (writer/director of this year’s Indonesian Best Foreign Film Academy Award submission, Impetigore) and directed by Kimo Stamboel (Headshot).  A Shudder Original, also available on Shudder Canada, Shudder UK and Shudder ANZ

Ten years into his small-town, storybook romance with Abby (Brea Grant, Lucky), Hank (Jeremy Gardner, The Battery) suddenly wakes up to an empty home. With nothing but a cryptic note to explain why she left, Hank’s charmed life begins to fall apart. To make matters worse, Abby’s disappearance seems to trigger the arrival of a ferocious creature that crawls out of the old grove on the edge of his property. Directed by Jeremy Gardner (The Battery) and Christian Stella (Tex Montana Will Survive). A Shudder Exclusive, available on Shudder US only.

When Mia, a social media star, becomes the target of an online terror campaign, she has to solve a series of games to prevent people she cares about from getting murdered. But is it real? Or is it just a game at her expense? Starring Daisye Tutor (Guest House), Emily Goss (Snapshots), Nicola Posener (The Bold and the Beautiful), Octavius J. Johnson (Sleepless), Stephanie Simbari (Here and Now) and Grant Rosenmeyer (Crazy Ex-Girlfriend). Directed by Jennifer Harrington (Housekeeping). A Shudder Original, also available on Shudder Canada, Shudder UK and Shudder ANZ.

THE DARK AND THE WICKED — premieres February 25

On a secluded farm, a man is bedridden and fighting through his final breaths while his wife (Julie Oliver-Touchstone, Preacher) slowly succumbs to overwhelming grief. Siblings Louise (Marin Ireland, Hell or High Water) and Michael (Michael Abbot Jr, The Death of Dick Long) return home to help, but it doesn’t take long for them to see that something’s wrong with mom—something more than her heavy sorrow. Gradually, they begin to suffer a darkness similar to their mother’s, marked by waking nightmares and a growing sense that an evil entity is taking over their family. Directed by Bryan Bertino (The Strangers). A Shudder Exclusive, also available on Shudder Canada, Shudder UK and Shudder ANZ

Putting a fresh spin on the home invasion subgenre, this surreal feminist thriller follows a self-help book author (Brea Grant, who also scripted) who suddenly finds herself stalked by an elusive and dangerous man and becomes caught in a struggle to regain control over her life. Directed by Natasha Kermeni (Imitation Girl). A Shudder Original, also available on Shudder Canada, Shudder UK and Shudder ANZ

STAY OUT OF THE F**KING ATTIC — premieres March 11

A diverse group of ex-cons-turned-movers—played by Morgan Alexandria (Forever My Girl), Ryan Francis (Sisters) and Bryce Fernelius (Ruling of the Heart)—are convinced by their creepy client, Vern Muller (Michael Flynn, The Outpost), to pull an all-nighter for a generous pay bump. As the night progresses and rooms are cleared, they slowly uncover the horrors that exist inside his old Victorian mansion, which include boobytraps, human experimentation, Nazi monsters and more. Will they survive the night? Directed by Jerren Lauder. A Shudder Original, also available on Shudder Canada, Shudder UK and Shudder ANZ

As an unhappy couple (Leif Edlund, Operation Ragnarok, and Ylva Gallon, Corridor) embark on a camping trip to find their way back to each other, a sideshow artist (Danish rockstar Peter Belli) and his shady entourage emerge from the woods, terrorizing them, luring them deeper into a maelstrom of psychological terror and humiliating slapstick. Directed by Johannes Nyholm (The Giant). A Shudder Exclusive, also available on Shudder Canada and Shudder ANZ

A possessed pair of jeans is brought to life to punish the unscrupulous practices of a trendy clothing company. Shipped to the company’s flagship store, Slaxx proceeds to wreak carnage on staff locked in overnight to set up the new collection. Starring Romane Denis (Slut in a Good Way), Brett Donahue (Private Eyes), Sehar Bhojani (The Handmaid’s Tale) and Stephen Bogaert (The Umbrella Academy). Directed by Elza Kephart (Go in the Wilderness). A Shudder Original, also available on Shudder UK and Shudder ANZ

With her marriage on the verge of collapse, Miriam returns to her hometown to seek solace in the comfort of her younger sister and brother-in-law after years apart. But one evening a small slip in judgment leads to a catastrophic betrayal, leaving Miriam shocked, reeling, and furious. She embarks on an extreme course of action to address the situation, but the price of revenge is high, and she is not prepared for the toll it takes as she begins to emotionally and psychologically unravel.  Directed by Madeleine Sims-Fewer and Dusty Mancinelli.  A Shudder Original, also available on Shudder UK and Shudder ANZ. 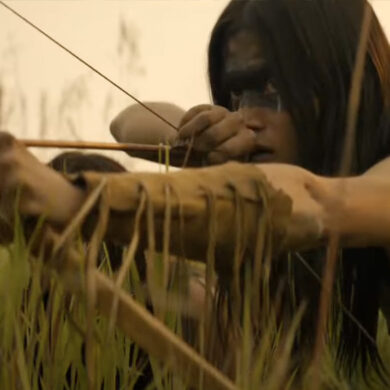