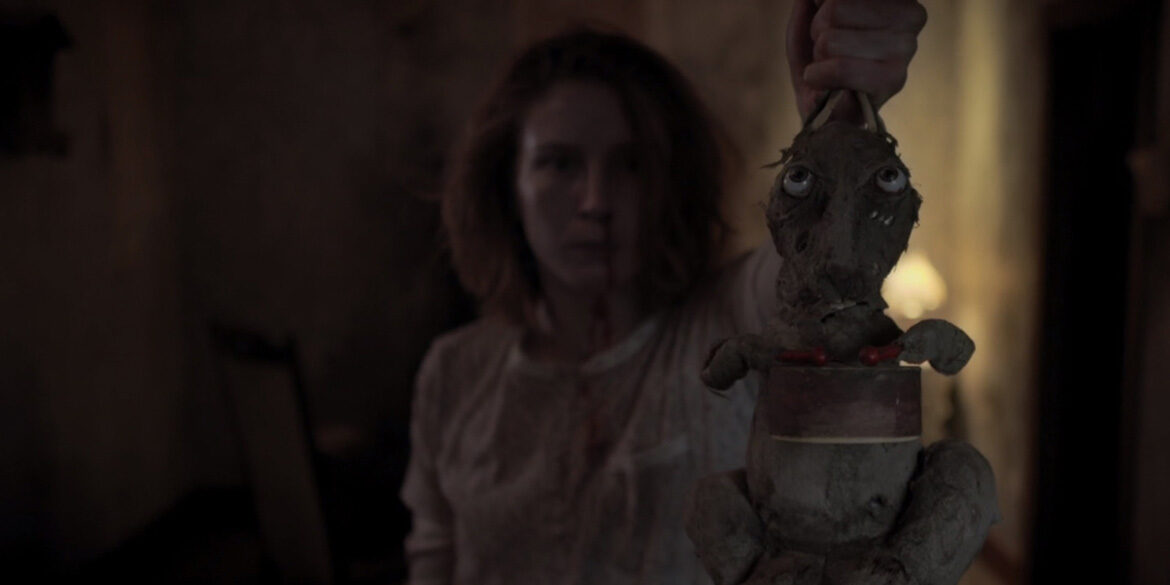 Lone drifter Isaac (Jonathan French) accepts a job to look after his landlord’s niece, Olga (Leila Sykes), for a few days in an isolated house on a remote island. It seems like easy money, but there’s a catch: he must wear a leather harness and chain that restricts his movements to certain rooms.

Once Olga’s uncle, Barrett (Ben Caplan) leaves the two of them alone, a game of cat and mouse ensues as Olga displays increasingly erratic behavior as a trapped Isaac makes a series of horrific discoveries in the house.

With slow-building tension, ‘Caveat’ balances creepy interiors with the beauty of Cork’s countryside to stunning visual effect. Playing out like a thoughtful, long-lost 80s chiller, ‘Caveat’ leads the audience on a path of twist and turns to an unforgettable resolution.

‘Caveat’ was produced by Justin Hyne of HyneSight Films, and cinematography by Kieran Fitzgerald. The film’s music was composed by Richard G. Mitchell. Mc Carthy served as the film’s editor. 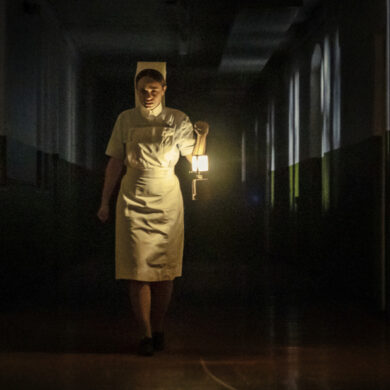