Eric Pennycoff Gives Us a Peek at His New Religious Horror Comedy, ‘The Leech’ 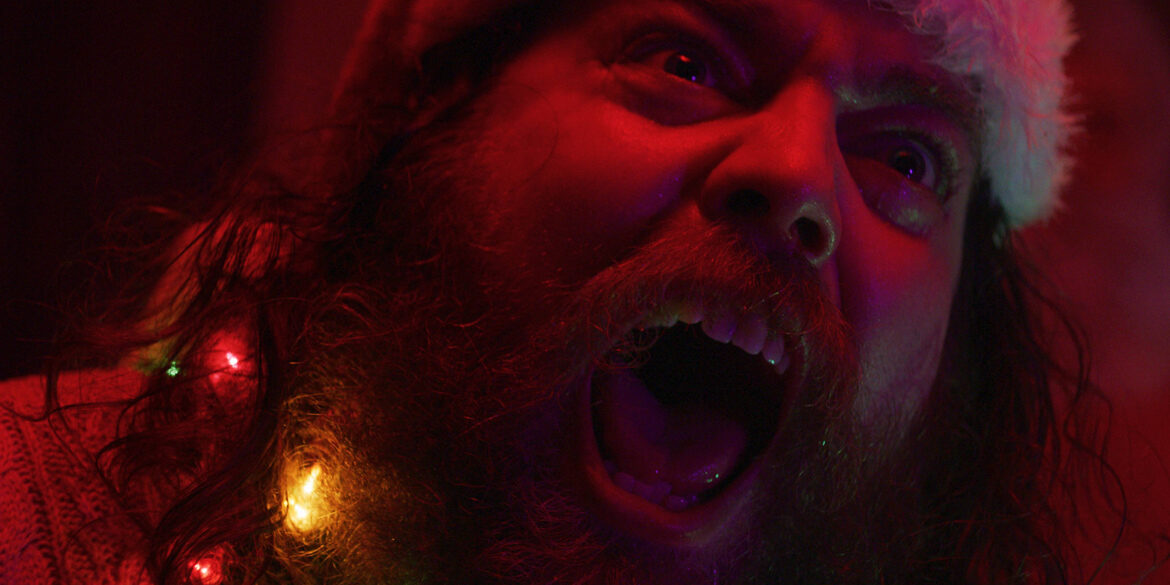 Hallelujah! Director Eric Pennycoff is getting the gang back together for his second feature film, ‘The Leech.’

Screen Anarchy reported this week that Pennycoff has wrapped production on the religious horror comedy film and is now heading into post-production. An official synopsis for the film promises holiday hijinks and good old fashioned fighting for life:

“A devout priest welcomes a struggling couple into his house at Christmas time. What begins as a simple act of kindness quickly becomes the ultimate test of faith once the sanctity of his home is jeopardized.”

Jeremy Gardner and Taylor Zaudtke, who featured in Pennycoff’s first feature ‘Sadistic Intentions,’ will star in ‘The Leech.’ The pair is joined by Graham Skipper and Rigo Garay.

No word yet on a planned release or trailer drop, but the Pennycoff shared a director’s statement that hints at the religious bend of the new horror comedy:

The film is about how far one man is willing to go in order to save the lives of complete strangers, even if it means losing himself in the process. Can a man of God truly turn the other cheek? Or do even the holiest of leaders have their breaking point?

The director also shared some teaser stills from the film, which you can check out below! A Santa hat, Christmas lights, and priest’s garb? Oh, count us in. 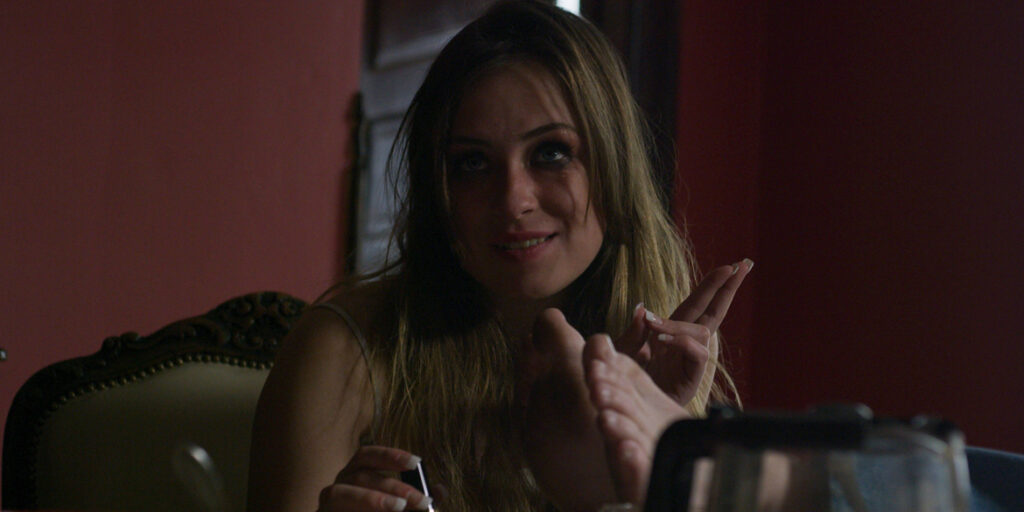 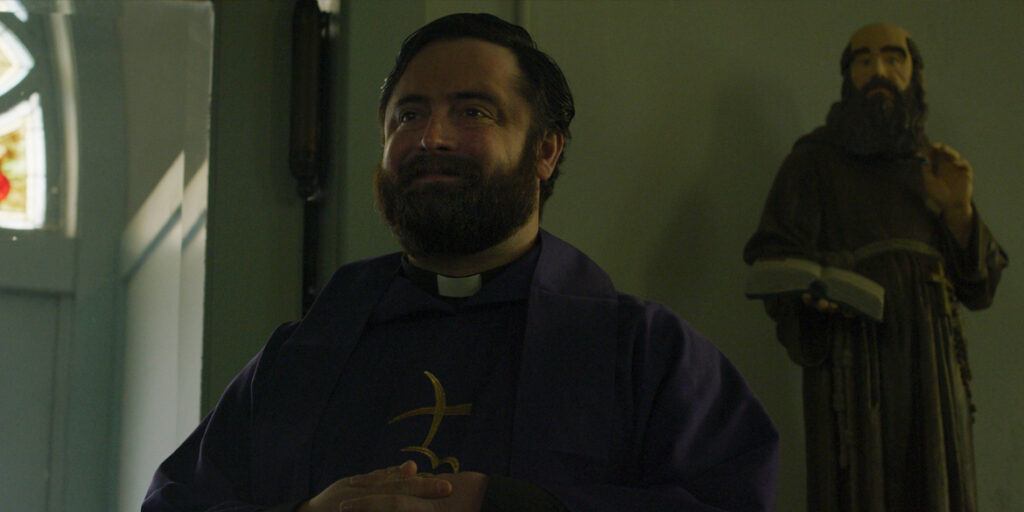