REVIEW: ‘Werewolves Within’ is a Whodunnit Full of Wacky Neighbors and a Bunch of Liars 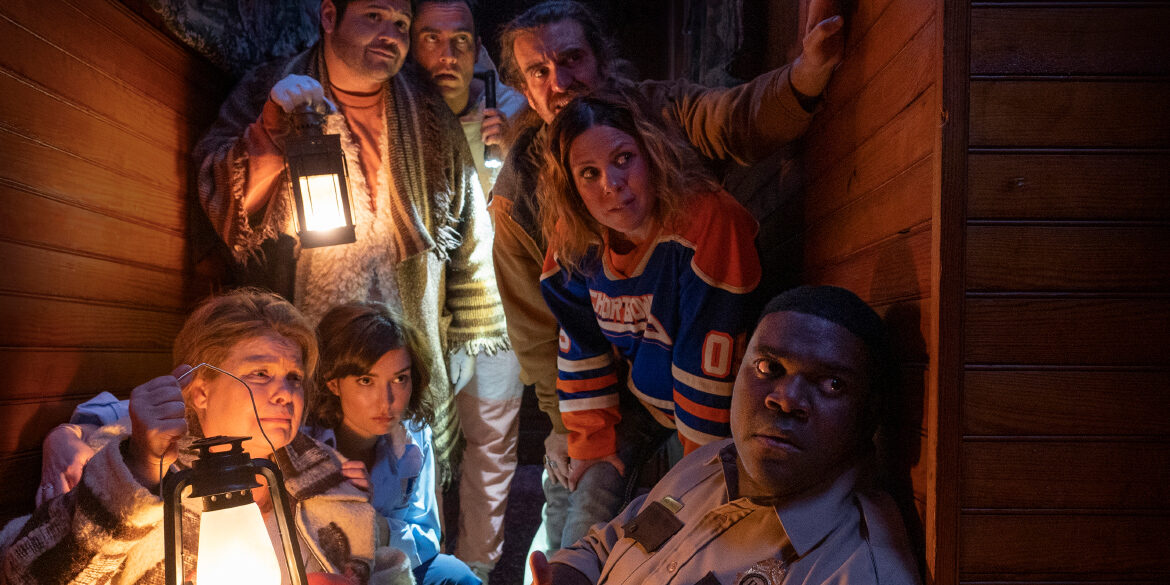 Here you’ll find a seemingly quaint, if wacky collective of townsfolk, and everyone’s got their little secret: an affair with the local mechanic, a pile of money in their bank accounts, or I don’t know, maybe they turn into a ravenous dog when the full moon hits.

‘Werewolves Within’ brings the Ubisoft video game of the same name to life, pitting us directly into a supernatural game of Mafia. The shiny, happy-go-lucky Ranger Finn (a wholly charismatic Sam Richardson) arrives in Beaverfield on assignment. Telltale disappearances, metal-ripping claw marks, and frankly batshit residents of Beaverfield set up the “who’s the werewolf” mystery — and everyone’s a suspect.

Courtesy of a friendly, potentially-interested-in-Finn mail carrier named Cecily (Milana Vayntrub), we get a quick intro to the people of Beaverfield. There’s an innkeeper, an investor, a hunter, a middle-aged couple with all the wrong politics, lots of folks to pin the lycanthrope label to. Playing out like a game of Guess Who?, director Josh Ruben flips the rows of cards to see the quirky characters underneath, and boy, do we love a whodunnit.

At its core, the film poses a question about what it means to protect your neighbors. (And if you thought Mr. Rogers references would be too obvious and corny, well…‘Werewolves Within’ will disappoint from minute one.) There are plenty of classic horror takes on this idea: ‘The ‘Burbs’ satirizes neighborly niceties and questions who the real monster is, ‘The Thing’ uses smatterings of body horror and clashing egos to make everyone the suspect. ‘Werewolves Within’ takes the former approach, embracing the absurdity of living alongside others, but also taps into the inherent fears of not truly knowing what those around you are capable of. Everyone in Beaverfield is, in the words of mail carrier Cecily, “a little questionable.”

As in his first full-length feature, ‘Scare Me’ director Ruben brings a comic sensibility to the horror genre, this time in collaboration with writer Mishna Wolff. Also similar to that debut, ‘Werewolves Within,’ is inherently cute in its delivery. Some of the jokes about social self-awareness fell flat for me making me wonder if they were ever fresh to begin with. Case and point:

“Not to sound too heteronormative…”

“Are we really in a Mexican standoff right now?”

I can’t help but feel like strong comedic performers as Sam Richardson and Michaela Watkins were a bit shortchanged with this script. Let the sketch players play!

To the film’s great misfortune, the “comedy” half of the “horror comedy” makes ‘Werewolves Within’ a bit of a zero sum game. It fell limp for me overall. It’s a slam dunk if you’re looking to settle into a snowy landscape on a summer’s day, and play an elaborate guessing game with a few laughs, and — weirdly — not a lot of werewolf.

Or you could just gather 4-7 friends and play ‘Werewolves Within’ on your game console for some real fun.

REVIEW: ‘Scare Me’ is a Fun, But Insular Tribute to the Horror Genre

60
REVIEW: ‘Werewolves Within’ is a Whodunnit Full of Wacky Neighbors and a Bunch of Liars 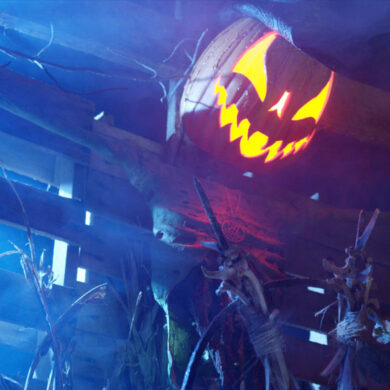