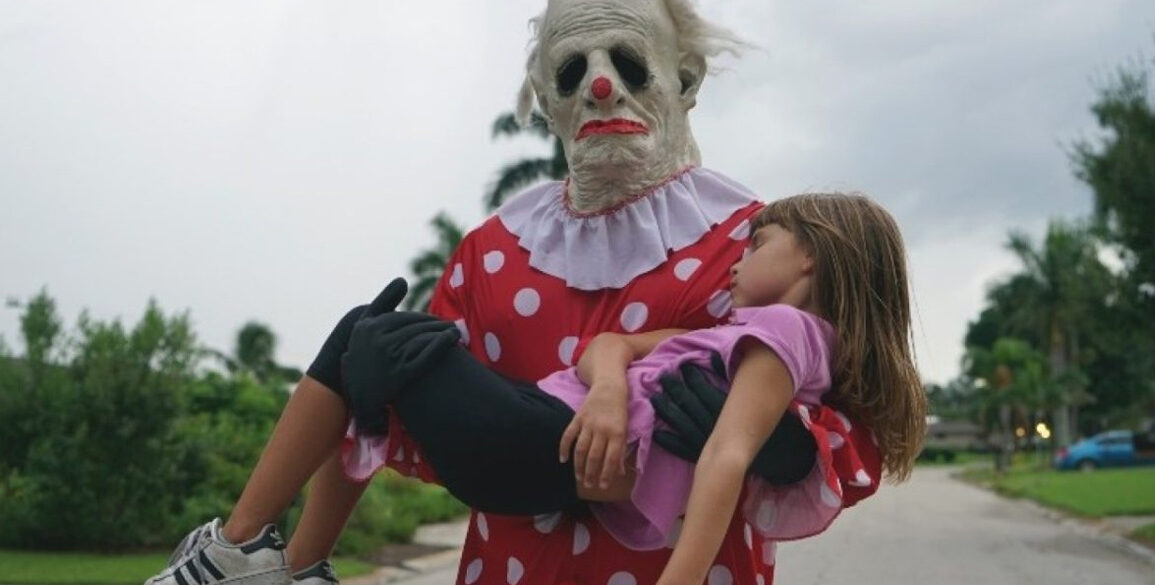 Coulrophobia: The Fear of Clown.

From Pennywise to Captain Spaulding, clowns have given us plenty to reasons to be scared over the years. While those characters may scare us and plant the seed of fear – they are merely are fictitious. Unlike someone like John Wayne Gacy who was a terrifying serial from the 1980’s. Gacy killed at least 27 people while posing as a clown, all while working his day job as a plumber. Someone who walked among us but hid a very dark secret.

The balance between what is real and what is fake can sometimes be hard to figure out. When those lines are blurred it can become creepy and intriguing at the same time. We want to push the limits to see what scares us. This is the premise of a new documentary from director Michael Beach Nichols about the notorious folklore that surrounds Wrinkles the Clown.

The film centers around a clown in Florida that became a viral sensation after a video surfaced online of a man dressed up as a creepy clown who hid under the bed of a young girl. Only to slowly emerge and place something on the bed before covering up what appears to be a security camera. There is no sound and the video is painstakingly slow, building suspense and fear. It was this video that launch the legend and viral sensation of Wrinkles the Clown.

But he isn’t a killer clown like John Wayne Gacy. Quite the opposite. He is essentially an over the top creepier version of Elf on the Shelf. Hired by parents to comes scare their children when they are not behaving themselves. Most of them found out about him through viral videos online or stickers that featured the clowns face and a phone number to call.

The documentary features several phone calls from kids and parents alike leaving Wrinkles voicemails. The parents are threatening their kids telling them if they do not behave Wrinkles will come get them. Each of the kids that left voicemails seem to have different set of reactions. Some want to know if he is truly real. Others leave violent and crude voicemails for him. But one thing is certain – they are drawn to him. Like a clown to a red nose.

The real question here is who is Wrinkles and why does he terrorize kids for a living? Part of what director Michael Beach Nichols achieves with his documentary is successfully telling the story of Wrinkles the Clown while also painting a picture of who everyone thinks Wrinkles the Clown actually is – there is a duel narrative taking place. The first being how people have painted the picture of this old 65 year old man that lives in a van by himself. The other is how the viral folklore came to life.

You see, Wrinkles doesn’t use his real voice, nor does he show his face on the doc. However the portrait the director paints of this lonely man is someone who uses a flip phone and lives in a van watching an old black and white TV that frequently goes out while eating Hungry Man dinners. Sounds like a serial killer backstory but in reality it is just a guy that tries to get by with an odd profession of scaring kids when they don’t act right. Or is it?

“Wrinkles the Clown started off as something to keep me occupied after I retired. No one would hire me when I was a regular clown. So I gave it a little edge. Something different. All these clowns are the same, it’s a little boring. Saw this one mask on eBay and I just liked the way it looked. It was a cross between Micheal Myers and my grandfather.“ – said Wrinkles.

“I get hundreds and hundreds of voicemails a day. The whole viral thing for me is kind of a pain in the ass. Everybody and their fucking grandmother has my phone number. It (phone calls) never ends. Most violent voicemails toward me. It’s disheartening to hear but it doesn’t have an effect on me anymore.” – said the sad clown.

This all seems harmless enough. And it is. But in the society we live in now pulling pranks like this could become dangerous. Not just for Wrinkles but for those he is pranking.

“You’ve got people who see something and it can create instantaneous of ramping of fear frenzy and concern in a community. You typically would see that kind of situation around serial rape, serial murders – I can tell you that it creates great concerns on our part because what we don’t want is subsequently injuries in an assault or murdered – where somebody claims they felt threatened or this frenzy starts to take over where people start acting in ways they otherwise would not behave.” – Ken Miller Police     Officer.

This is an interesting point the documentary makes. Not only focusing on the bad things that could come from such a prank but also showcasing the emotional damage it could cause kids by using Wrinkles as a threat for kids behaving badly. Something that Wrinkles himself doesn’t care for all that much.

George Holden  is a professor and the Chair of Psychology at Southern Methodist University.  He says the idea of calling Wrinkles the Clown is really misguided. If it is done frequently enough and as a pattern of behavior, while talking about terrorizing a child is a form of child abuse.    Not in physical nature but from a mental state of mind.

While this may be true – there is one thing to remember. All of this is done in good fun. To get a few scares.  Ultimately what it turned into was an incredible social experiment wrapped around folklore that went viral and become a mind of its own.

As  Folkorist Trevor J. Blank mentions in the film; “One thing that happens with legends is we try to verify if they are real or not.   To test the boundaries of safety.   Kids online are propelling folklore in ways we have not seen before. People have made a ritual out of calling him and documenting themselves calling the number. It’s part of the ritual. It verifies its real.”

One thing is for certain, the documentary will only amplify the Wrinkles the Clown legend and it will continue to grow – maybe even into something else entirely. I can’t recommend this film enough.

If you missed the screening at Fantastic Fest in Austin you will be able to see it in select theaters and on iTunes October 4th! Just in time for that other clown origin story to hit theaters. 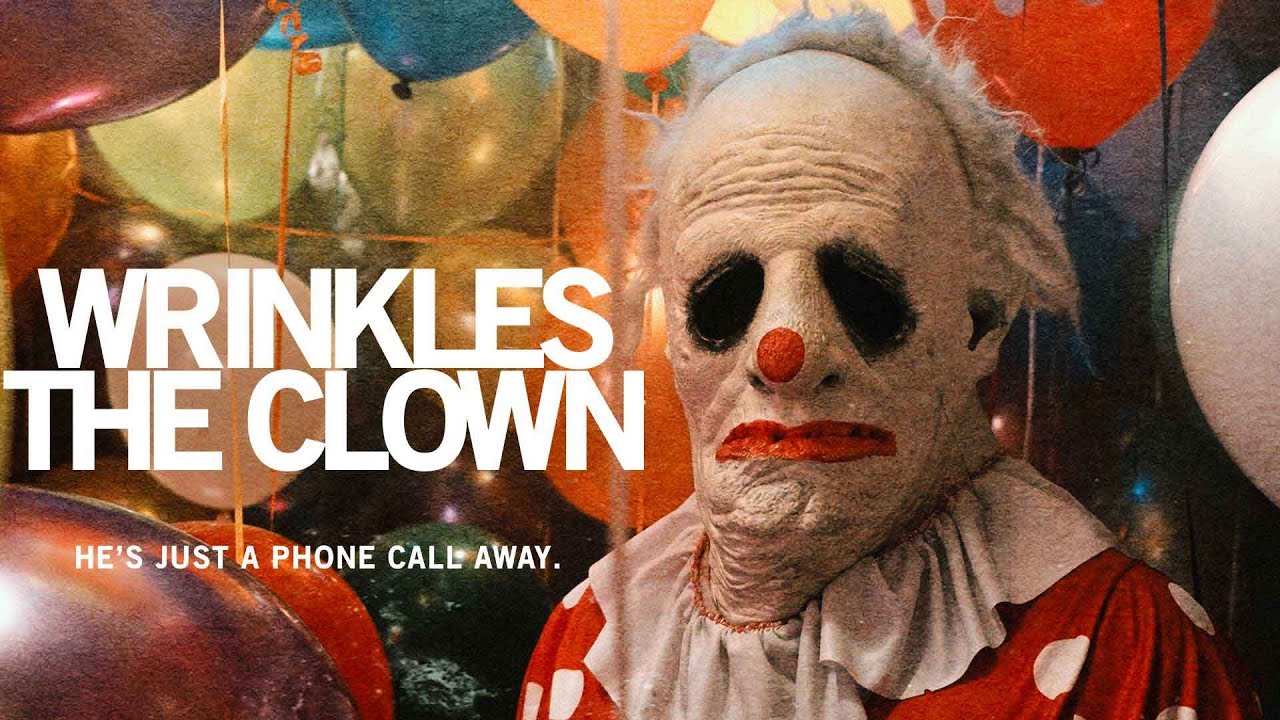 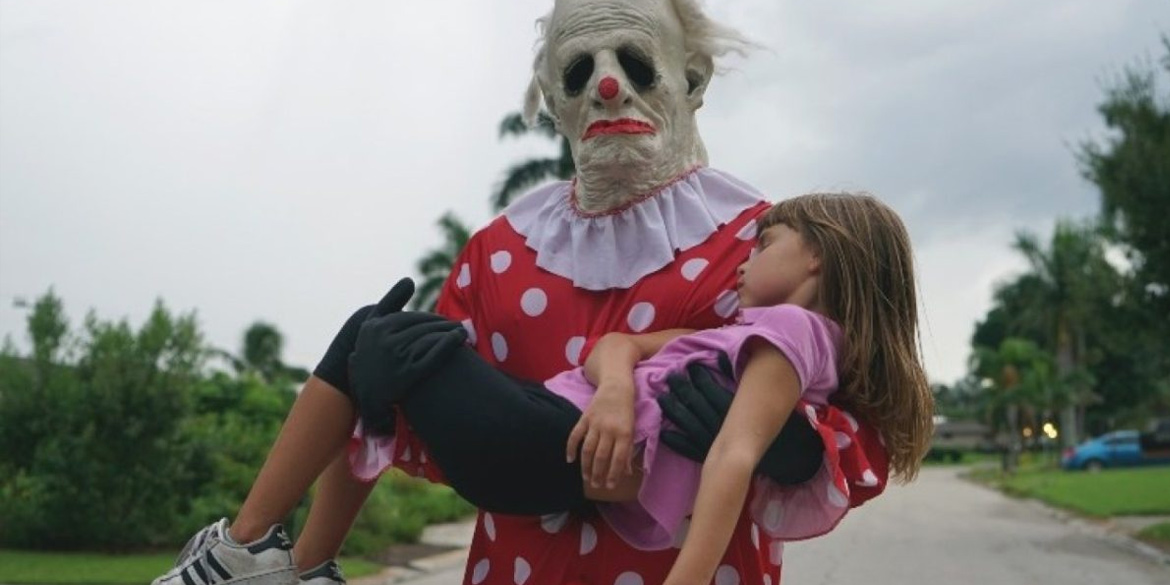 Fantastic Fest: ‘Wrinkles the Clown’ is a Fascinating Social Experiment Wrapped Around Folklore
90