REVIEW: ‘The Babysitter: Killer Queen’ is a Messy Addition to the Teen Slasher Canon 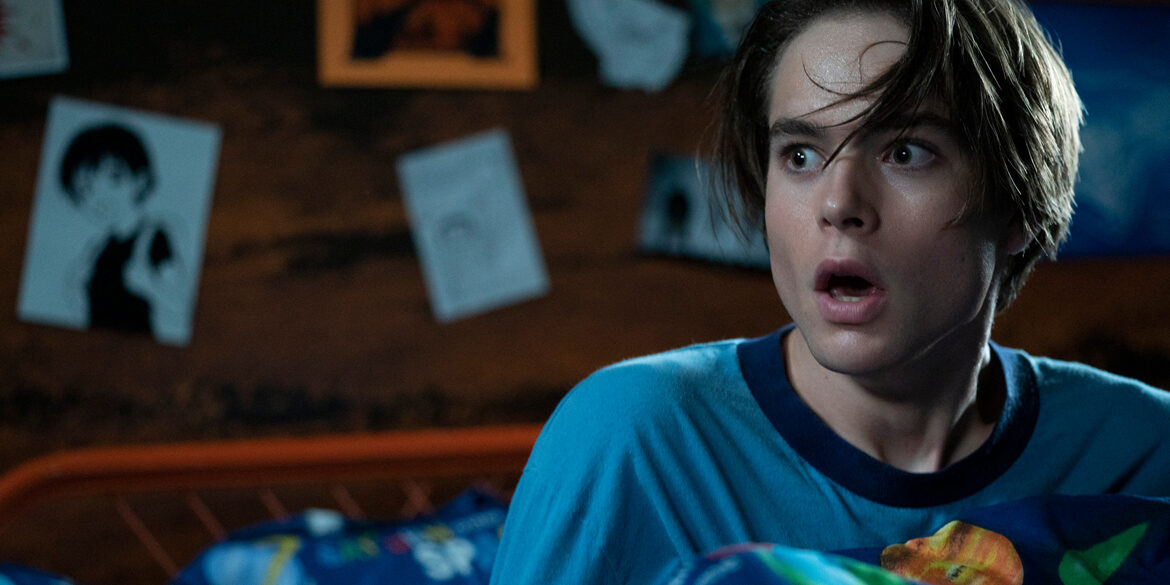 ‘The Babysitter: Killer Queen’, director McG’s newly-released slasher sequel thinks very little of its world’s teen inhabitants. Handpicked cliches are written in as teen personality traits: a cool girl gets kudos for watching ‘Terminator 2’, another’s career choice is “influencer.” It’s unclear if the screenplay’s goal is to get laughs or eye-rolls from such details.

Of ‘Killer Queen’, I’d believe either.

It’s been two years since Cole (Judah Lewis, charmingly reprising his 2017 role in ‘The Babysitter’) had to defeat a satanic cult led by his crushworthy babysitter. He’s still an outcast at school, with only his best friend Melanie (Emily Alyn Lind) to latch onto. On top of that, the super violent cult encounter has left him with trauma and horrific memories to contend with. The only problem: no one believed Cole’s story two years ago, including his overbearing parents, who now want to send him to a “Psychiatric Academy.” In an act of rebellion, Cole ditches school and joins Melanie and a group of her friends for a houseboat party.

At the party, Cole throws his medication in the lake, and McG unabashedly leads us off the rails. After another teen parlor game-gone-wrong, the cult members from the first film join us — Bella Thorne, Hana Mae Lee, King Bach, and a shirtless Robbie Amell arrive on cue, sorely missing the dynamism of ‘The Babysitter’’s Samara Weaving.

If you’re wondering how the devil-devoted crew rises from their demise in the first film, don’t worry: they conveniently come back to the earthly realm every two years to continue their dark dealings.

The new addition to the cast is Phoebe (Jenna Ortega), who speaks in 80’s movie quotes, wears heart-eye sunglasses, and is not — I repeat, not — like other girls. Phoebe has her own traumas, and understands Cole’s. She believes Cole and joins his cult killing spree until their all-too-predictable coupling.

Phoebe’s not a real person. No one here is. Were we to meet real teens with real personalities and brains, boom: we’d care. We might even be able to forgive the film’s other flaws. After all, the best teen movies, slashers included, don’t equate youth with empty-headedness. Here, we’re presented with a motley crew who’s a little older (technically) but much, much duller. The script uses pre-cult aspirations as punchlines in unflattering flashbacks. Cole’s best friend is out to kill him, and somehow it has zero emotional effect on Cole. If ‘Killer Queen’ doesn’t care about these people, why should we? Sure, that’s a tricky line to walk in the teen slasher genre, but we never find a proper balance here.

A welcome remainder from the first film’s formula is the stylized (and bloody) picking-off of the cult members. Weapons of choice include a flamethrower, a boulder, antlers, a surfboard, and, uh, silly string. There’s plenty of spatter to go around.

It’s a fine time, but ‘The Babysitter’ captured a graphic accidental-ness in the slasher scenes, which doesn’t work as well on this go. The younger Cole was like Kevin McAllister a la ‘Home Alone’: a boy who protects himself against the big bads. Two years on, Cole is presumably older and sharper, so the naivete in the killings now feels forced.

‘Killer Queen’ ultimately stumbles into the doom for which sequels get a bad reputation. Characterization gets sloppy, and story formulas are reworked to ruinous effect, and the precursor’s vision is lost.

There was something damning buried deep in the first film’s premise: a boy is an outcast at school and has dreams of kissing his crush. His babysitter and other teen recruits have dreams of their own, and go so far as to make a deal with the devil to make them come true.

At its gruesome core, ‘The Babysitter’ suggests that growing up is hard, and perhaps that youthful agony never really goes away. ‘Killer Queen’ takes that notion, slathers it in blood and silly string, and throws it at the wall in one big, messy splat.

‘The Babysitter: Killer Queen’ is now available for streaming on Netflix.

30
REVIEW: ‘The Babysitter: Killer Queen’ is a Messy Addition to the Teen Slasher Canon 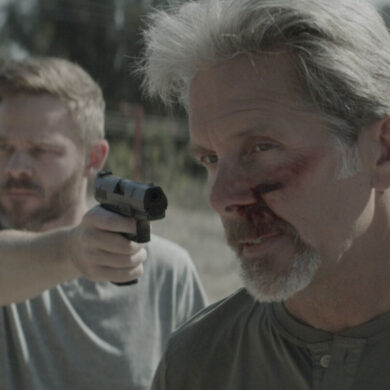