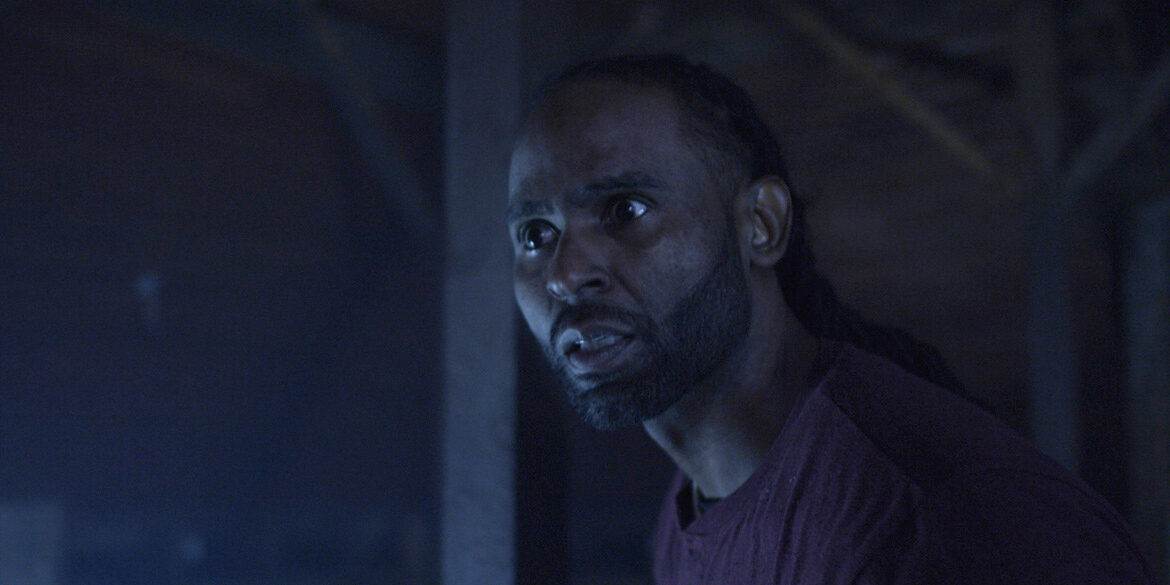 As the nation starts to learn more about Juneteenth and the unfortunate events that happened during the Tulsa Race Massacre we wanted to shed some light on 10 great films and projects we can lift up and celebrate today.

We may disagree on what films we like, but one thing we should be able to agree upon is being kind to one another. We at Downright Creepy stand against hateful rhetoric, harassment, racism and fascism and it has no place in our communities.

The bad news seems to be piling up day after day and my hope is this weekend you can check out some these projects to provide a nice break in an otherwise exhausting and very important time we are all living through.

HBO’s Watchmen Series
I thought the best place to start is with the recent HBO series from Damon Lindelof, Watchmen. I start here because all 9 episodes of the limited series will be made available this weekend for free to watch on their streaming services. The first episode of Watchmen focuses on the Tulsa Race Massacre and it is woven through the entire episode with its main character Angela Abar played by Regina King. Her husband Cal Abar played by Yahya Abdul-Mateen II is also starring in another film later on our list, Candyman from director Nia DaCosta.

The Girl with All the Gifts
A thought-provoking and dramatic take on the zombie genre. A scientist and a teacher living in a dystopian future embark on a journey of survival with a special young girl named Melanie played by Sennia Nanua.

Check it out right now on Netflix >

Us
If you missed Jordan Peele’s ‘Us’ in theaters or have not had a chance to catch it on VOD then this is a good weekend to check it out. The follow-up film from Peele’s ‘Get Out’ is equally impressive. The film is full of easter eggs and features a mesmerizing and invasive performance from Lupita Nyong’o along with her entire on screen family.

Peele is an example of a filmmaker who has earned the trust to utilize a bigger budget to tell a larger story. While other directors might stray from their roots, Peele tells his larger story while also keeping focus on the personal lives of his main characters. There are some stylistic similarities to 2017’s Get Out, but Us is another horror puzzle box that stands on its own. Now with a larger budget, Peele just has more toys to play with.

Chickens (Short)
Coming Soon to ALTER
Two years ago at Panic Fest 2019 the short film ‘Chickens’ was part of our Short Film Showcase lineup and now the world gets to experience it.

The Haunting of Pottersfield (Short)
Coming Soon to ALTER

One of my favorite short films from Panic Fest 2020 was Andre Dixon’s ‘The Haunting of Potters Field.’ I am a sucker for ghost stories and even more so ones that have historical context crafted around an authentic environment.

Director Andre Dixon was influenced by classics like ‘Salem’s Lot,’ ‘Ghost Story (1981),’ ‘Carrie,’ ‘The Exorcist’ and ‘Halloween.’  But his favorite type of film is something that blend together horror and period piece films to tell a haunting story.

That inspiration is what drove him to make the film ‘The Haunting of Pottersfield.’ It was shot in in Abilene, KS at the Lebold Mansion. They found the location on a Facebook page that lists pictures of old houses. Upon seeing it, Andre knew it would add the production value that he was looking for to bring the story to life. The house itself was built in 1880 by banker Conrad Lebold.

All of the wallpaper and décor from when it was first built is still intact. A majority of the furniture is over 100 years old. When he contacted the owner and informed her he was interested in making a film in her house, she was delighted.

She hadn’t had visitors in over 10 years. The owner warned the crew that the house was haunted and that she had experienced activity quite often. As bizarre as this sounded, Andrew was ecstatic, and knew right then and there it was the perfect location.

A few of the crew members heard voices while we were there, and the DP claimed he was touched on the shoulder by something a few times. Most of the cast experienced a Deja-vu feeling during shooting.

‘The Haunting of Potters Field’ is driven by atmosphere and the house is just as much a character as those acting in the film. It is beautifully shot and has some tense creepy moments within the 8 minute plus run time. The aesthetic truly reminds me of something we could see in the James Wan’s ‘The Conjuring’ universe.

Candyman (1992 / 2020)
Tony Todd became a horror icon when he transformed into the 1992 ‘Candyman.’ The Candyman, a murderous soul with a hook for a hand, is accidentally summoned to reality by a skeptic grad student researching the monster’s myth. The film spawned an urban legend and has some interesting stories surrounding the film as told by director Bernard Rose.

There was some controversy that the film was depicting racism and racial stereotypes. According to Rose, “I had to go and have a whole set of meetings with the NAACP, because the producers were so worried, and what they said to me when they’d read the script was ‘Why are we even having this meeting? You know, this is just good fun.’ Their argument was ‘Why shouldn’t a black actor be a ghost? Why shouldn’t a black actor play Freddy Krueger or Hannibal Lecter? If you’re saying that they can’t be, it’s really perverse. This is a horror movie. . .”

Viewers may think of Candyman as one of the horror genre’s most terrifying villains, but Rose said that “the idea always was that he was kind of a romantic figure. And again, romantic in sort of the Edgar Allan Poe sense–it’s the romance of death. He’s a ghost, and he’s also the resurrection of something that is kind of unspoken or unspeakable in American history, which is slavery, as well. So he’s kind of come back and he’s haunting what is the new version of the racial segregation in Chicago. “And I think there’s also something very seductive and very sweet and very romantic about him, and that’s what makes him interesting. In the same way there is about Dracula. In the end, the Bogeyman is someone you want to surrender to. You’re not just afraid of. There’s a certain kind of joy in his seduction. And Tony was always so romantic. Tony ties him in so elegantly and is such a gentleman. He was wonderful.”

We can’t wait to see what director Nia DaCosta does with the 2020 re-imagining of Candyman coming to theaters this fall! 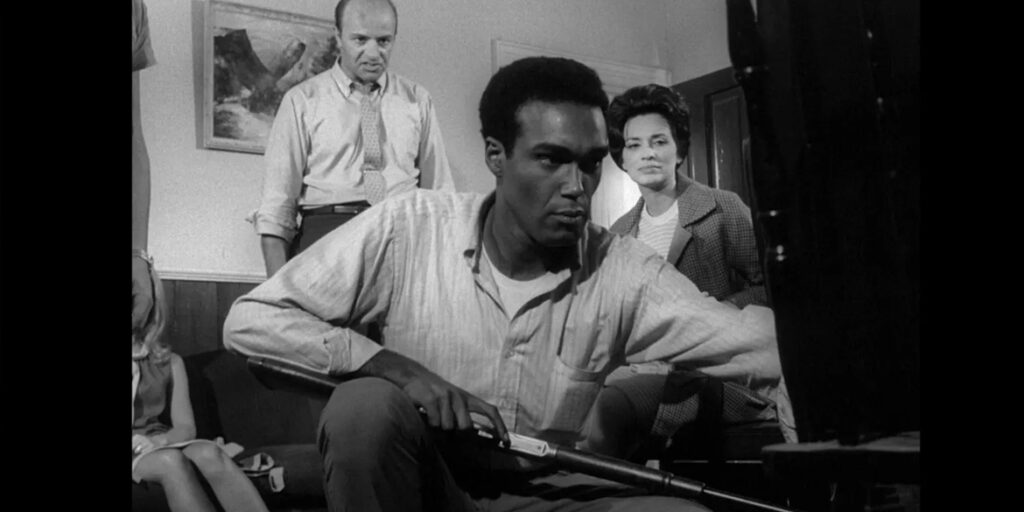 Night of the Living Dead (1968 / 1990)While everyone has seen Night of the Living Dead, most likely several times, some of you may not have seen the 1990 remake which is equally fantastic and maybe, dare I say, even better than the original? Gasp! The cultural importance of Night of the Living Dead (1968)  has less to do with ushering in zombies as a new force in horror but the fact the lead male actor was played by a black man. Daune Jones. Who portrayed Ben. He was a strong lead character and a survivor up until the last scene when the credits role. Providing a provocative and shocking ending.Years later the film would be remade with a fresh cast that included Tony Todd before his Candyman role. They downplay the character of Daune in the remake and focus a bit more on Barbara but Tony still checks in with a great performance in a film that is incredibly eerie.

Fallen
Homicide detective John Hobbes (Denzel Washington) witnesses the execution of serial killer Edgar Reese. Soon after the execution the killings start again, and they are very similar to Reese’s style. Is it a copycat killer or something more at play? This film doesn’t get nearly the love it deserves and is one that has stuck with me for years. You will never listen to the Irma Thomas song “Time Is On My Side” the same ever again.

Here There Be Monsters (Short)

‘Here There Be Monsters.’ stood out to me because of the performance from the lead actress. Before we dive into the performance of Savannah Foran-McDaniel let me setup what the film is about.

The performance of Savannah Foran-McDaniel who portrays tormented teen, Elki is fantastic!
The film clocks in at 14 minutes and 30 seconds and is setup superbly by Savannah who makes you feel helpless from the very beginning of the film when she is being bullied by her classmates on the bus ride home. The fear and desperation she evokes through her reactions are both heartbreaking, tense and carry at least 10 minutes of the film. It is a incredible performance on an important subject matter all wrapped up in a horror film.

While there are many more films and series we could list we will save those for next year. In the meantime please share with us some of your favorite projects in the comments section or on social so we can check them out!