Panic Fest: ‘Charismata’ is a Sinister Slice of Crime Fiction

The genre of the British police procedural – already distinguished by the psychological trauma routinely endured by its protagonists – seems so naturally suited to slide into horror that it is surprising that we don’t see it more often. Charismata, directed by Andy Collier and Toor Mian, is a film that eagerly explores the possibilities and will prove rewarding for those who can tolerate horror with a slower pace.

Police detective Rebecca Farraway (Sarah Beck Mather) already has her patience tested to the max with sexist coworkers and a resentful ex-husband. Now she has to prove herself against a formidable case of ritualistic serial killings. The murders all seem to lead back to a handsome, charming young executive (Jamie Sattherwaite). But actually nailing him for the crimes is harder than it appears, and Rebecca’s increasing loss of emotional control may be something far worse than just work-related stress.

Charismata is constructed from tried and true components from the thriller toolbox. There are bedroom stalkers, occult sigils, corpses whose eyes pop open on cue, and just the right amount of red herring moments to keep the plot moving. But these elements are selected and installed because it is proven that they work, and the directors know how to utilize them tastefully and, for the most part, effectively. The hallucination sequences aren’t particularly mindbendbing (at least not initially), but they serve to illustrate the protagonist’s deteriorating state of mind rather than alarm the viewer and that is their purpose. There are moments in the film reminiscent of certain giallo horror films, and a few scares straight out of the school of American slasher films. But at its heart Charismata owes its biggest debt to modern British crime shows such as Luther and Broadchurch; so much so that when the horror elements start to push more to the forefront around the halfway point that it feels a bit disorienting.

Definitely a film for those who enjoy “slow burn” psychological thrillers, Charismata does not rely on jump scares or fountains of gore. (Although the gore – when it does appear – is very memorable.) Its measured pacing will not be for everyone, and the ending may feel too abrupt and unsatisfying for some. But for fans of crime drama, particularly the modern wave coming out of Britain, it will prove rewarding for those who persist. 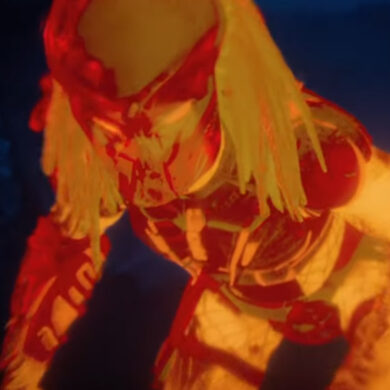