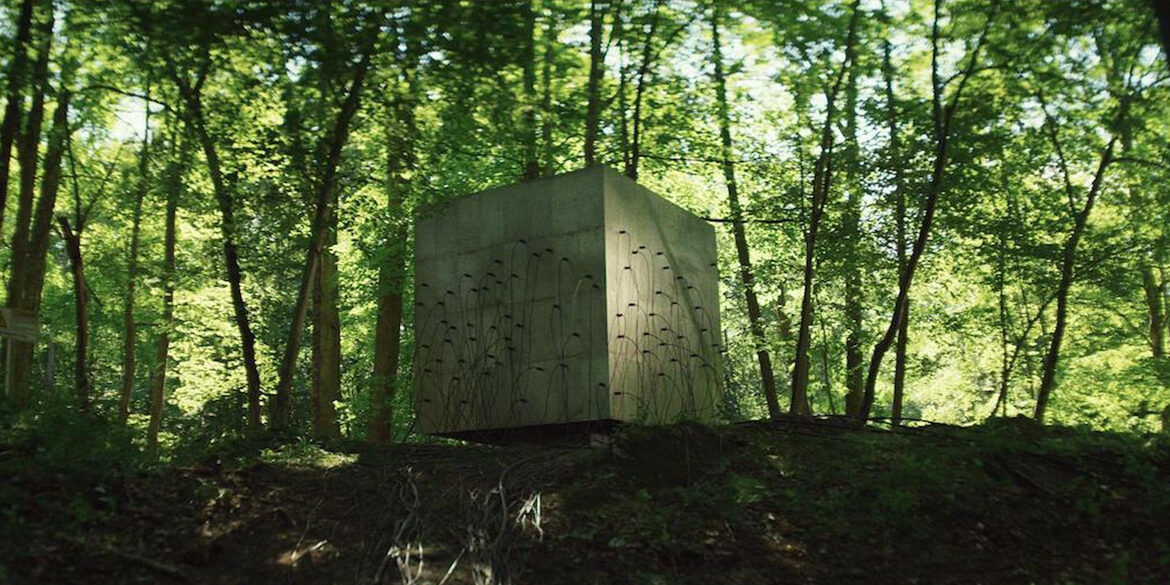 Technology is constantly changing and updating. Advances in communication, entertainment, and economic development can either excite individuals or terrify skeptics. Underneath the riches of convenience and unique user experiences are the darker elements of innovation such as greed, worker exploitation, and forced adaptation. Writer/director Noah Hutton addresses these timely social and technological issues within his debut sci-fi film, Lapsis.

Ray (Dean Imperial) is a blue collar worker and Luddite who is fed up with technology. With the creation of Quantum, a new encryption technology, Ray begins to notice several challenges that begin impeding his preferred, traditional lifestyle. For example, his existing computer will no longer allow him to access an updated city calendar because he does not have quantum upgrades. Ray is distressed that the world is advancing without him but he has no choice but to adapt when things become dire for his younger brother Jamie (Babe Howard), who suffers from a chronic fatigue disorder called “omnia”. In order to quickly provide him the best medical care, Ray picks up a freelance gig as a “cabler”.

The new position requires Ray to physically trek through a national park running cables from one quantum box to another. Despite the advanced technology that strengthens the economic landscape, the workers are underpaid, have no health benefits and have to cable for several years in order to build their way up to more lucrative and longer routes. However, Ray was given strong routes and preferential treatment upon his first day on the job, which causes friction between the other workers on the grid. Along with irritable coworkers, Ray needs to worry about automatic cabling carts, small pieces of technology reminiscent of robotic animals, that cannot pass the workers or else their wages and routes will be compromised. As a result, workers go to extremes to try and trap them and confuse them. But destroying them all together would lead to dangerous consequences.

The technology and corporate methods of recruitment and oversight used in the film are all fairly realistic. Therefore, Hutton’s story is not far off in its plausibility, especially considering the tactics used to entice, control, and motivate the workers. Ray’s desperation regarding income for Jamie’s health is a relatable situation for millions since so many workers are exploited for long, physically demanding hours without healthcare coverage and insurance. Small and insulting motivators are dangled in front of Quantum employees like a gilded piece of fruit under the notion that if they just work a little bit harder then their efforts will greatly pay off. A cheesy app is provided to all of the cablers that encourages them to keep going, tells them when they deserve a break, and gives high-fives when they complete a route. This is the equivalent of billion dollar companies providing a free beer at 5:00 or a ping pong table in the break room in lieu of a liveable salary or decent benefits. The fact that the cablers are literally trying to outwit and outrun the small automatic cabling carts speaks to one of the film’s prominently impactful themes: technology encroaching on human relevance in the workplace, or automation.

Imperial does a fantastic job as Ray. While he is pessimistic about Quantum, he still approaches his new work journey with subtle humor and open-minded yet quizzical nature. Donning a “‘70s mobster vibe” complete with polyester shirts and aviator glasses, he clearly stands out among his fellow workers. When he encounters Anna (Madeline Wise), Ray realizes that he is in deeper trouble than he initially realized. Wise brings a sophisticated yet sassy tone to the film and compliments Ray’s nativity really well. An experienced cabler herself, Anna keeps a close eye on Ray and hopes to use his questionable advantages to help overthrow the problematic aspects of the corporation for which they work under.

The pacing of the film fluctuates, but picks up more in the second half. In order to understand the stakes at large, build character, and establish this new world of technology, the first half is slightly slower. The film is all practical and the technology used shines light on the prop department. While the frustrations of Ray and his coworkers are relevant to the times, the film never dives deep into the dangers of the corporations responsible or the detrimental fallout of their control. The threat doesn’t hit as hard as it could and the emotional investment into the characters and story is limited as a result. However, Hutton provides an impressive feature debut by applying relevant themes of technology and enterprise with humanistic struggle. A bold entry into the sci-fi genre, Lapsis is a slick satire that wisely uses humor to address real-life threats of technology and corporate control. 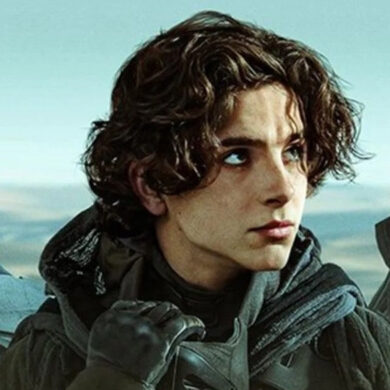