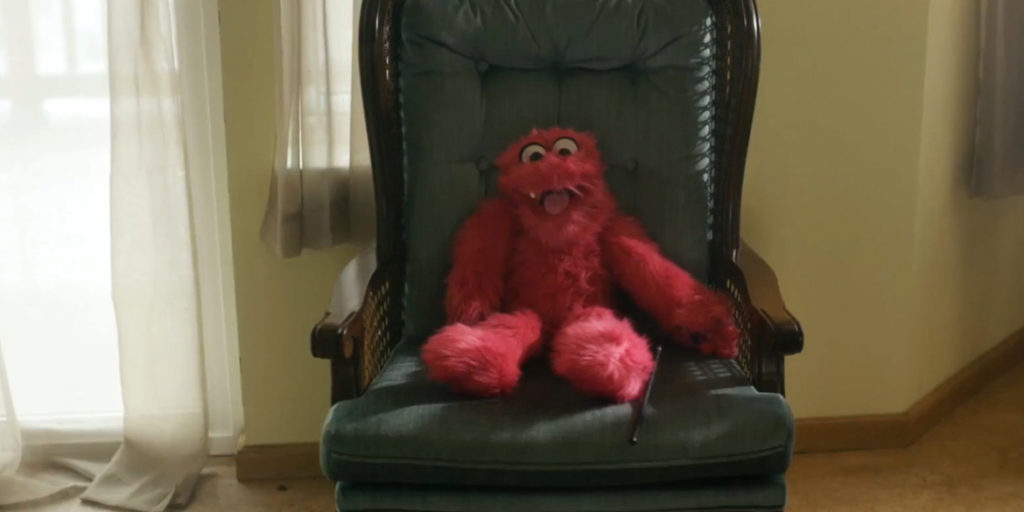 Two words. Puppet. Killer. For anyone remotely interested in comedy and/or horror, the title is all it takes to be interested. The puppet’s name is Simon. It’s the size of a normal doll, with large eyes and covered in red fur. There is also a single tooth hanging from its mouth, making it look like a Hillbilly Elmo. As horror movie villains go, Simon is not easily forgettable.

The puppet was given to young Jamie by his mother. Every night as a child, Jamie joined Simon and his mother to watch a horror movie. The father had reservations on showing a child brutal violence at such an early age, but the tradition was a bonding experience for the family. When the mother died of a terminal illness, Jamie was never the same (and neither was Simon).

Most of the film takes place years later, when Jamie is in high school. He is still troubled by the loss of his mother, and especially from an incident possibly involving Simon and his stepmother. Jamie is certain that Simon is a sentient, violent creature. His therapist blames this belief on his horror movie upbringing.

For fans of horror, comments like this are not new. Horror films can have the same stigma as violent video games, both as art forms that are blamed when violence occurs in the real world. Everyone has an opinion on when a child should be introduced to scary movies. Director Lisa Ovies has her own tongue-in-cheek take on horror violence and its real world influence.

Puppet Killer is a horror comedy chock-full of silliness and self-awareness. Ovies does not hesitate to wear her influences on her sleeve. From A Nightmare on Elm Street to The Shining, Puppet Killer has its own take on classic horror characters and scenes. Not many movies have a character named Jamie, another named Lee, and another named Curtis. The hat tips actually serve the story as well, instead of being empty homages.

The kicker to this casting though is that these high schoolers are played by full grown adults. Like the Hulu show Pen15, much of the comedy comes from these adults “pretending” to be kids. Jamie is a naive, bashful character played by Aleks Paunovic, an enormous man who wouldn’t need much training to join the Avengers.

The kids stumble across Simon in the house’s basement, and the puppet wreaks havoc. The violence is ridiculous in the way a movie called Puppet Killer should be. Simon comes prepared, and he is not afraid of a brash one-liner before he brutally murders someone. Lee Majdoub plays the self-aware Curtis but he also expertly voices Simon. There are thousands of different renditions of Elmo saying filthy words, but this one feels much more bloodthirsty.

Some indie films tend to add empty scenes in an attempt to pad the run time, but Puppet Killer feels streamlined and well-paced.The questionable character choices and well worn horror cliches are part of the film’s silliness. Ovies’s style keeps the self-aware humor from coming off as cynical and pretentious. Puppet Killer is much more of a love letter to horror than a cynical takedown. The film knows that the best way to make a successful slasher is to create a memorable villain. 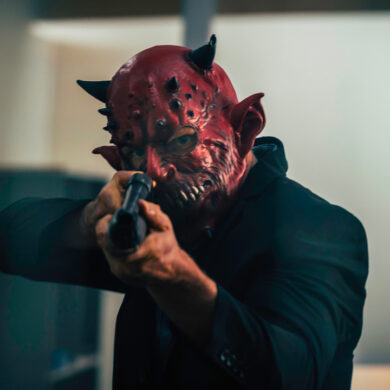