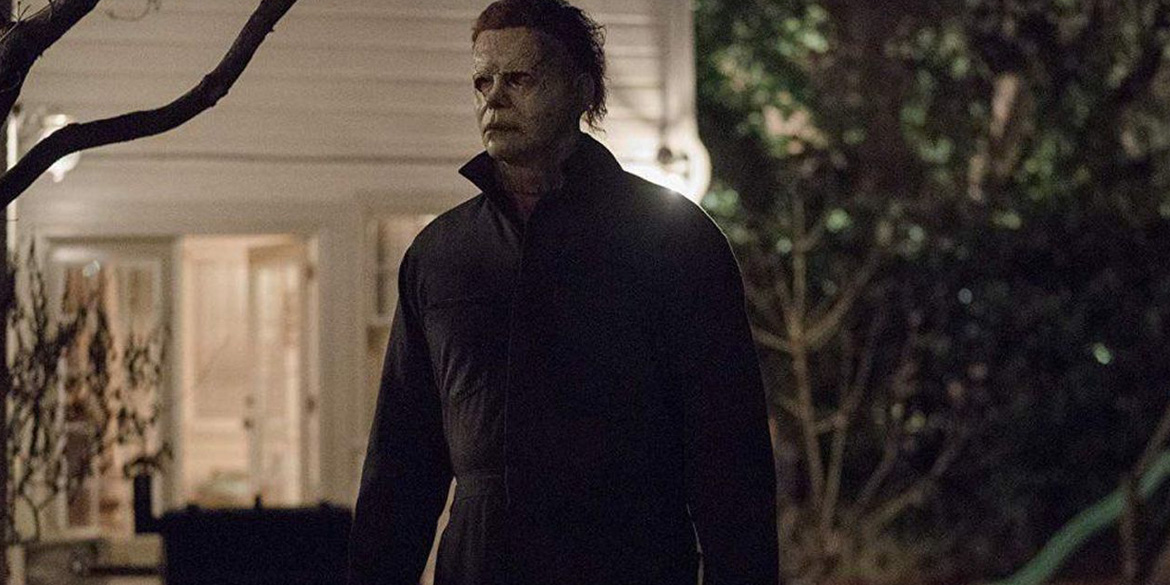 If there’s one film in the long history of horror that everyone on the planet has seen, it’s John Carpenter’s Halloween. Both influential in terms of structure and execution, even those not tuned into horror love it. So the idea of a new take on the lore, one that jettisons all previous established continuity, comes with slight trepidation. Worry not, in the hands of co-writers Danny McBride and director David Gordon Green, things are better than could be hoped. Even though a few bumps crop up along the way. 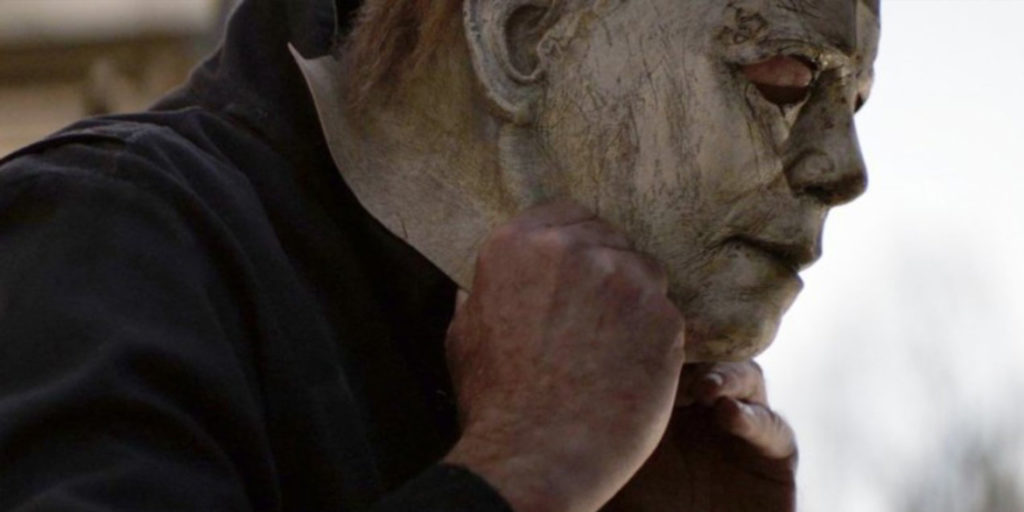 Forty years after the original Haddonfield massacre, a series of events lead to the type of tragedies most cities never recover from. Let alone the same thing happening twice. Two true crime podcasters travel to Smith’s Grove sanitarium, in the hopes of speaking with Michael Meyers. Timing is of the essence as they’re in the process of moving all the inmates to a less accommodating facility. Unable to achieve whatever desired effect they hoped for, the intrepid (and expendable) “investigative journalists” move on to his counterpart and only survivor of that fated night long ago, Laurie Strode (Jamie Lee Curtis). Far removed from society, in a house only the Swayer family could love, she proves to be just as uncooperative as Michael. Triggering both sets off a chain of events that can only end in a pile of bodies, if not at least an ounce of closure.

Almost surprisingly, this Halloween follows the same formula that’s proved tried and true for decades. There’s nothing wrong with that. This isn’t a reinvention. More so a refining. References to previous sequels are a plenty, even if their continuity is no longer a part of things. This never really detracts from the overall experience. Instead the filmmakers attempt to strip things back to the essentials that made the original so special. Yet beyond all the slashing, bloodshed and screaming, this is a film about survivors. About how the fallout effects victims of the brutal murders audiences take such delight in. It’s the kind of curve-ball that could easily derail things, but stacks up to be the element that most remember, long after the credits roll.

It’s easy to see how McBride & Green enticed Curtis to return. This is an altogether different Laurie. One who’s spent most of her life as a social pariah. The intervening decades have left her embittered. Alienating her family in the process of preparing for the inevitable day when she’ll have to face the boogeyman again. Daughter Karen (Judy Greer) shirked off the survivalist upbringing forced upon her, seemingly becoming a psychiatrist to spite her mother. She constantly makes excuses for Laurie in hopes of keeping granddaughter Allyson (Andi Matichak) far from a vortex of doom and disappointment. Andi  though, ends up being the film’s secret weapon. Her Halloween experience is just as harrowing as Laurie’s was, but the journey to get there is different. No matter how much time passes, the wounds of the past have a way of catching up with everyone.

Of course, given the lineage of these films, many are probably wondering about the carnage contained within. The way kills are doled out feel both like a throw back and a natural evolution. Several kills occur off-screen, yet their visceral aftermath is on display. Micheal is a force here. He is back to The Shape. Make no mistakes about it. An unrelenting killing machine, much to the delight of longtime fans. Cinematographer Micheal Simmonds is to thank for some of the films best moments. Eagle-eyed viewers will be rewarded by noticing much of the action Simmonds places in the background. Even before he dons the iconic cowl, The Shape dispatces many with an almost gleeful disregard for human life. It’s not the mask that makes the monster, but it’s what seems to give him purpose.

The new Halloween works just as often as it doesn’t. There’s an unexpected shagginess to middle sections. Most of that is contained to the standard slasher elements. Green and McBride seem to be going through the motions there, but slather a great deal of technical know how, to cover up the blemishes. The bread and butter of this outing is in the exploration of three generations of women, bound together by the same bogeyman. So much so that the final shot of the film, exactly what you’d expect, signals hope and strength triumphing over darkness. Halloween is dead, long live Halloween.