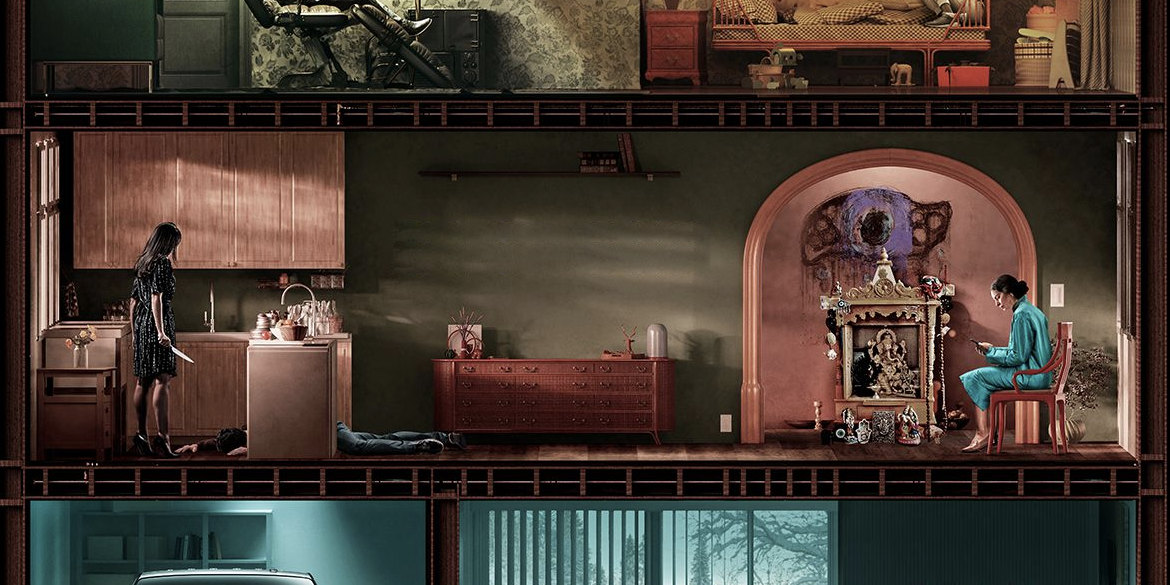 Credit: Amazon Prime Video
Share
ShareTweet
Amazon Prime Video announced today “Welcome to the Blumhouse”, a program of eight unsettling, genre movies produced by Jason Blum’s Blumhouse Television and Amazon Studios. Sharing the spine-tingling suspense that’s a Blumhouse signature, each film presents a distinctive vision and unique perspective on common themes centered around family and love as redemptive or destructive forces. This slate marks the first ever program of Amazon Original movies on Prime Video that are thematically connected. The films showcase exciting up-and-coming talent, alongside established actors in exceptional and shocking new roles. “Welcome to the Blumhouse” will launch in October, timed for the Halloween season, on Prime Video in over 240 countries and territories worldwide.
Amazon Prime Video will launch the initial slate of four films as double features starting with The Lie directed by acclaimed writer/director Veena Sud (The Killing, 7 Seconds) and Black Box directed by up-and-coming writer/director Emmanuel Osei-Kuffour Jr. (Born with It), both premiering on October 6. Launching the following week on October 13 is Evil Eye, from talented young directors Elan Dassani and Rajeev Dassani (A Day’s Work, Jinn) and executive produced by Priyanka Chopra Jonas (Quantico, White Tiger), and Nocturne written and directed by filmmaker Zu Quirke (Zugzwang, Ghosting) making her feature film debut. The latter four films will launch in 2021.

“We are excited to launch ‘Welcome to the Blumhouse’ with this exhilarating and provocative slate of original films for the first time ever on Prime Video. This collection from diverse and emerging filmmakers was a thrill to put together with our wonderful partners at Blumhouse Television,” said Julie Rapaport, Co-Head of Movies for Amazon Studios. “These chilling stories have something for everyone – ready to fright and delight genre fans and newcomers alike – and we are excited to share them with our global Prime Video customers.”

“We’re beyond excited that the visions of these talented filmmakers will finally be seen by genre fans around the world, especially during this time when people are seeking to escape and be entertained. And we love the innovative idea of programming like the classic drive-in or repertory theater experience,” said Marci Wiseman and Jeremy Gold, co-presidents Blumhouse Television. “Amazon have been incredible partners, linking arms and supporting the creative visions throughout the process of making these films.”

‘The Lie’ is written and directed by Veena Sud, and stars Mireille Enos (The Killing), Peter Sarsgaard (An Education) and Joey King (The Kissing Booth 2, The Act). When their teenage daughter confesses to impulsively killing her best friend, two desperate parents attempt to cover up the horrific crime, leading them into a complicated web of lies and deception.