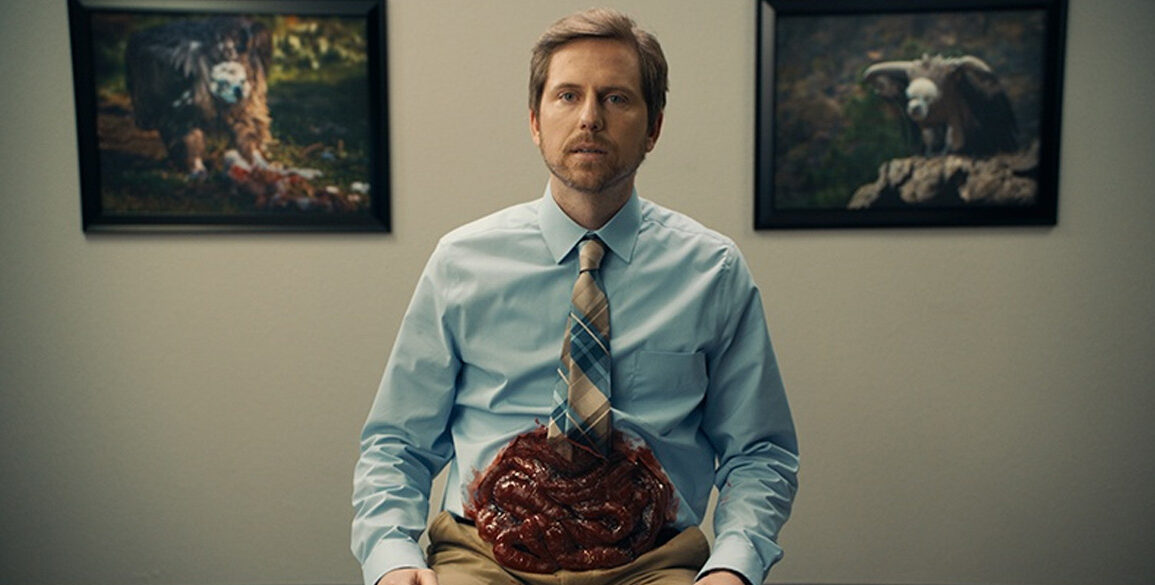 Fantastic Fest 2021 is almost upon us and whether you are attending in person or virtually there is plenty to look forward to in another year where things are not quite back to normal. But like the rest of you, we aren’t quite normal, so we can roll with the punches for another year of virtual festivities and there is a lot to look forward to. With so much programming to dig through I wanted to focus on 5 films I am most excited about at this years festival. Starting with ‘There’s Someone Inside Your House’ from director Patrick Brice.

THERE’S SOMEONE INSIDE YOUR HOUSE

We at Downright Creepy have been a big fan of Patrick Brice for a few years now. From his work on ‘Creep’ with Mark Duplass to his episodes of Room 104 on HBO. Now he is back with his first true genre film since ‘Creep 2’ in 2017. The film focuses on Makani Young and the graduating class at Osborne High who are being targeted by a masked killer intent on exposing their darkest secrets to the world.

Nell and Simon and their kids are preparing to welcome the extended family to their magnificent mansion in the countryside to celebrate Christmas. From the get go, we feel some tension in the air, but isn’t it just the excitement of the holiday? The gathering is perfect, but the more the hours pass, the more agitated the family members become. Kids swearing like sailors, adults remembering the good times but also settling scores… As the evening progresses, it slowly dawns on us that there’s much more to this Christmas dinner than just a family gathering.

For her directorial debut, Camille Griffin manages to unite an incredible cast, including Keira Knightley, Matthew Goode, Lily-Rose Depp, and Roman Griffin Davis (the kid from ‘JOJO Rabbit’ who also happens to be Griffin’s real life son) for a dark comedy with a tragically sour twist. The movie features fantastic dialogue (Griffin also wrote the script), and the interactions between the characters are so hilarious and on point that you wonder if they’re not based on personal (Christmas dinner) experiences.

Grab some popcorn, get your sleeping bags and settle in for the bloody reimagining of ‘80s slasher classic ‘Slumber Party Massacre.’ Danishka Esterhazy (LEVEL 16) is yet another Panic Alum bringing new work to Fantastic Fest. The original ‘Slumber Party Massacre’ (1982) was done by an all female team including director Amy Holden Jones and writer Rita Mae Brown.

Rita Mae Brown wrote a screenplay for a parody of teen/slasher flicks, and titled it “Sleepless Nights”. However, when she submitted it to the producers, they filmed it as if it weren’t a parody, and retitled it “Slumber Party Massacre”. As a result, the movie displays a lot more humor, both intended and unintended.

It will be fun to see what Danishka Esterhazy can bring to the updated version.

With a banger lineup of directors doing segments for the latest installment of the V/H/S franchise it is hard not to be excited about what could be in store for Fantastic Fest audiences. Simon Barrett made his directorial debut with ‘Seance,’ which will premiere exclusively on Shudder later this month, gets to debut another piece of work from behind the camera with his new short segment. Ever since Ryan Prows debuted ‘Lowlife’ at Panic Fest we have been looking forward to another genre project from the talented director. While Barrett has some experience with found footage films (Blair Witch) this will be Prows first time into the sub-genre and we can’t wait to see what they have in store for us.

Austin native Chris McInroy is no stranger to Fantastic Fest and we have been extremely lucky to showcase all of his short film projects at Panic Fest, so it is no surprise we are excited to see what shenanigans he has in store with his new short ‘Guts.’ So what is the film about? A guy with his guts on the outside of his body really wants a promotion.

Fantastic Fest is held September 23 – September 30, 2021 premieres about 80 feature-length films and 40 short films over the course of eight days. Due to COVID safety concerns, they have changed the format of the festival for this year. They are no longer utilizing the badge system. Screenings will be spread out across multiple Alamo Drafthouse locations in Austin, and each screening will be individually ticketed. You must purchase a ticket for each screening you wish to attend.

More info on in-person screenings is available here and on the FAQ page.

In addition to the in-person screenings, they also have a virtual event this year, FANTASTIC FEST @ HOME. 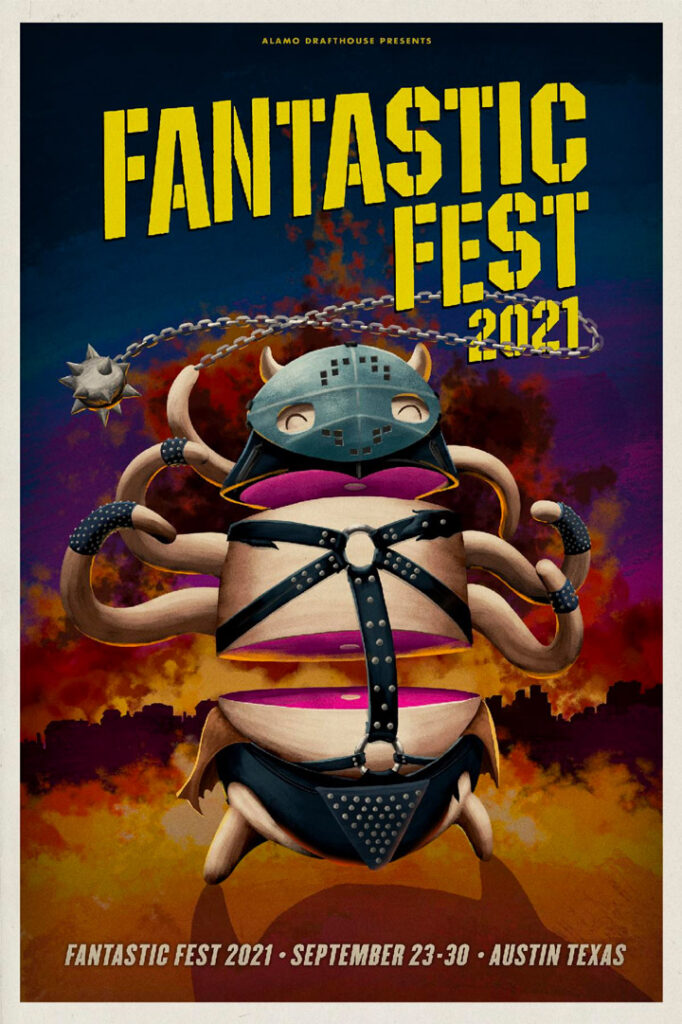