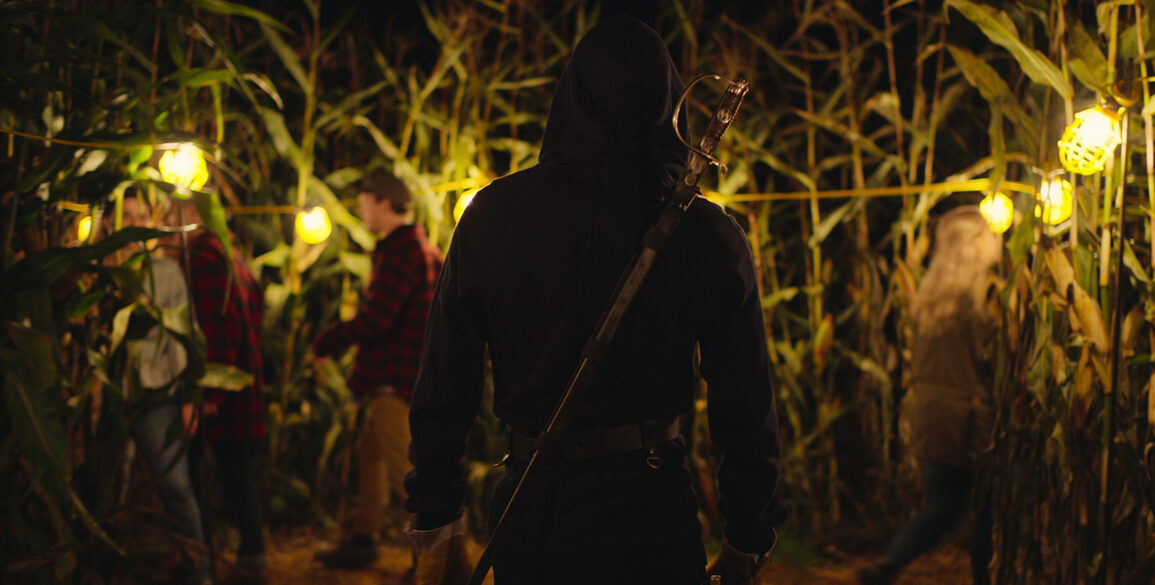 ‘There’s Someone Inside Your House’ is arguably director Patrick Brice’s most ambitious project to date. After tackling indie darlings such as ‘Creep’ and ‘Creep 2’ with his buddy Mark Duplass, ‘There’s Someone Inside Your House’ is a much different chapter in the horror genre. The film is based on the popular eponymous novel by Stephanie Perkins.

While it plays on a lot of horror tropes it finds new ways to reinvent them which we can dive a bit more into later. Before we get to what works with the film lets setup what it is about.

It centers around our main character, Makani (Sydney Park), who moved to small-town Nebraska for her senior year of high school and changed her name. She’s escaping something from her past, and she’s not exactly keen to share the details with her new classmates. The graduating class at Osborne High is being targeted by a masked assailant, intent on exposing the darkest secret of each victim, and only a group of misfit outsiders can stop the killings.

The cast of high school characters we are dealt is a deck stacked with horror tropes. But it also mixes in tones of classic films. The opening scene felt like it familiar shade of ‘Scream’ with a gender swap that makes you want to scream “The call is coming from inside the house!” A fitting thought for a film titled ‘There’s Someone Inside Your House.’ It sets the tone for the entire film and lets you know you are in for a fun ride. The eerie nature of the film’s title sets up an uneasy feeling that everyone can relate to.

But let’s step back for a second and discuss the rag tag group of teens that include a very diverse cast. As representation on screen becomes more and more important ‘There’s Someone Inside Your House’ didn’t shy away from that responsibility. Race, sexuality, and socioeconomic status are all touched on in some way shape or form. Things that might be amplified even more in a rural small town setting. Much like the ‘Fear Street’ series from Netflix, this film also made sure that inclusion was at the forefront of its main characters — and for that I applaud them.

This is a slasher mixed with a whodunnit flick that slaps hard, and just in time for the Halloween season. Not only will it keep you guessing but it also features some gnarly and gruesome kills.

One thing I found to be fascinating about the killer in ‘There’s Someone Inside Your House’ is unlike other masked killers who have some outlandish backstory on how their mask came to be, this killer took a unique approach by mimicking their victims. Perhaps a play on the world we live in now with deep fake technology the killer actually used 3D printed mask of their victims so they could face themselves and their own secrets they held within. What is more scary than someone finding out some of your darkest secrets? Having them shared with the whole student body just before you die. Embarrassing? Yes. Does it bring sympathy to the victim? Perhaps. It also provides layers to each character.

While campy at times the mood snaps right back into a serious tone with some gruesome giallo-like kills and some that feel almost iconic. One in particular involves a church scene, a white robe and a steel knife. The purity of the moment that the white robe conveys in a church setting combined with the bigotry of the character as her secret is revealed is a push and pull that is beautiful — and ultimately sets up a scene that is not only more impactful but also plays on those horror tropes where you want to see the character meet her demise. It’s a fast paced layered scene that has a great payoff.

‘There’s Someone Inside Your House’ offers a great supporting cast that has to carry the film since we primarily see the key set of characters on screen for 90% of the time. Sydney Park gives a fantastic performance and Dale Whibley, who plays rich kid Zach Stanford, feels like a young Ryan Gosling in the making. His effortless approach and deliver was a standout for me.

‘There’s Someone Inside Your House’ should be immediately added to your Netflix queue when it hits the streaming service on October 6th, 2021. We can’t wait to see what Patrick Brice does next. 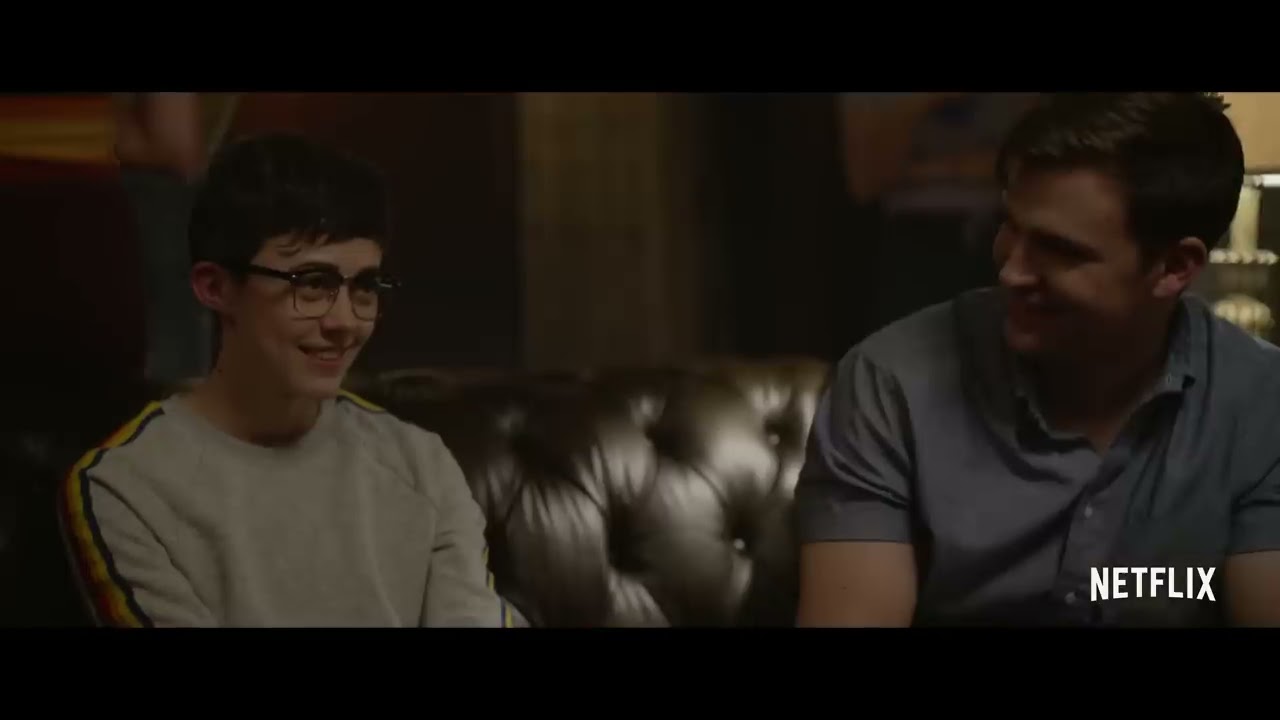 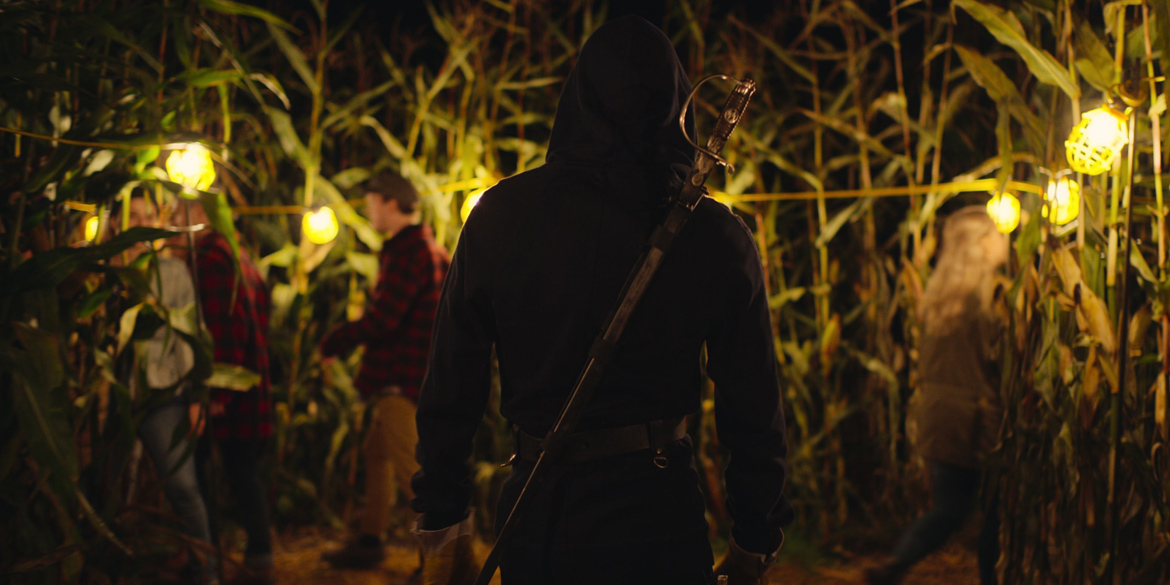 Fantastic Fest 2021: ‘There’s Someone Inside Your House’ and They Know Your Secrets
84