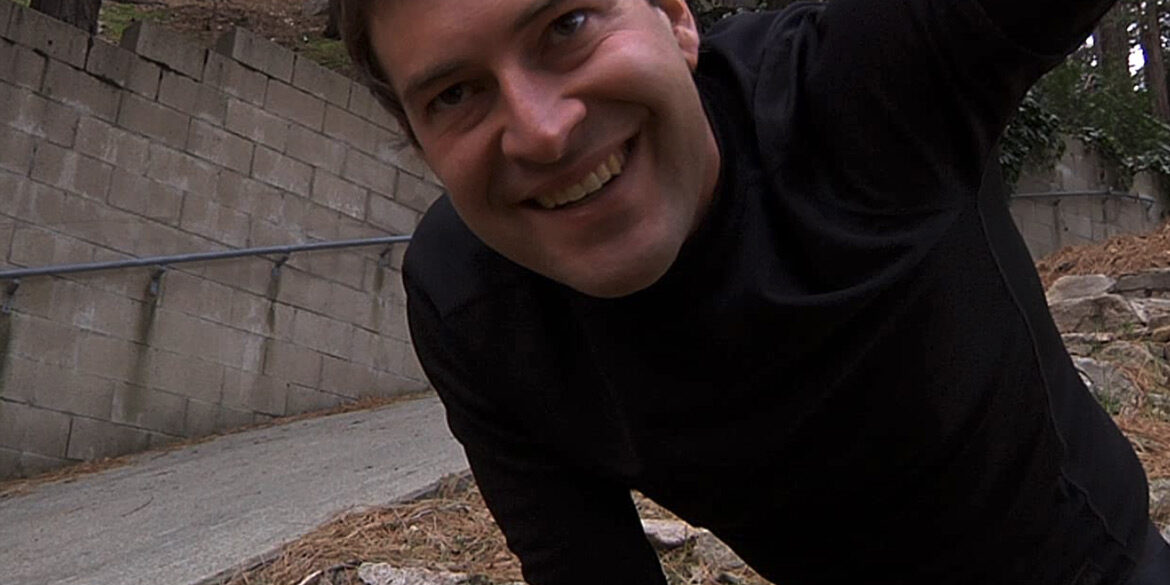 ‘The Found Footage Phenomenon’ outlines found footage films that paved the way to a new sub-genre of horror. The documentary outlines the most well known films of all-time in the category to lesser known films that were an influential to filmmakers that later created the sub-genre we know today. Rather than try to review a documentary that largely features the filmmakers themselves discussing films, I wanted to outline my own found footage films that I think you should check out this Halloween season with 10 that I think are the best the genre has to offer.

[REC]
A 2007 Spanish found footage horror film co-written and directed by Jaume Balagueró and Paco Plaza provided long continuous terrifying shots that dropped you right into the action while following our key cast of characters as chaos ensues. The film follows a reporter and her cameraman as they accompany a group of firefighters on an emergency call to an apartment building. The situation quickly escalates after an infection begins spreading inside, with the building being sealed up and all occupants ordered to follow a strict quarantine. Something we can relate all too well to nowadays. [REC] went on to spawn 3 more films after the original 2007 release.

CREEP
Mark Duplass and director Patrick Brice turned a 5 page script into a 77 minute mostly improvised movie that spawned a sequel and soon to be third film (in-progress) From the classic cheap Peachfuzz mask to the psychotic Josef character played by Duplass this film has moments that will make you laugh and feel uncomfortable all the way to the iconic final moments of the film. It’s truly a character study that goes off into a pit of madness and never looks back. Think twice next time you respond to that Craigslist ad.

GHOSTWATCH
One of the most trusted names in news, BBC, took a chance when reality TV was starting to take off and air a program called ‘Ghostwatch.’ It was a horror/pseudo-documentary television film, first broadcast on BBC1 on Halloween night, 1992. The only problem was, many people thought it was real.

Pulling a page from H.G. Wells the show had numerous phone calls to the station complaining about the nature of the broadcast. Through revealing footage and interviews with neighbors and the family living there, they discover the existence of a malevolent ghost nicknamed Pipes (the children in the house had asked their mother about noises heard, and she said it was the pipes, hence the name). Several viewers call in with their own experiences, which become more violent, dangerous, and seem to be related to the show itself. Later, viewers learn that Pipes is the spirit of a psychologically disturbed man called Raymond Tunstall, who previously lived in the house with his aunt and uncle and believed himself to have been troubled by the spirit of Mother Seddons – a “baby farmer” turned child killer from the 19th century. The story, based on the tale of the Enfield Poltergeist which was recently depicted in ‘The Conjuring’ Universe. It caused great controversy and trauma to some viewers.

THE BLAIR WITCH PROJECT
With a marketing campaign like no other ‘The Blair Witch Project’ took Sundance by storm then became a pop culture phenomenon. From people believing the people in the film were actually missing to audience members vomiting because of the shaky camera it became a massive hit that spawned sequels, video games, and bonus content that further fueled the Blair Witch lore. Daniel Myrick and Eduardo Sanchez had caught lightening in a bottle and the storm is still brewing to this day with new films and video games. A website that Sanchez himself created became an interactive hub to learn about the backstory of the characters in the film, the lore behind the witch and the famous missing poster. All of these things combined with supplemental content that comes out on VHS and a dossier fueled the hysteria. So much so it mocked itself in the sequel. We hope one days  to get a Blair Witch prequel that tells the origin story of the Burkittsville Seven. An idea Sanchez has been kicking around in his head for years.

PARANORMAL ACTIVITY
Paranormal Activity brought something that could happen to anyone into your living room of your suburban home. The uneasy feeling of watching yourself sleep on camera and potentially seeing something paranormal take place is enough to give you goosebumps. I actually tried this experiment when the film came out. I filmed myself sleeping for an hour and set an alarm. I woke up. Turned off the camera and watched it the next day. The tension I had hoping I wouldn’t see anything but at the same time wanting to see something was a strange and unsettling experience. This film brings that all too real feeling to life for the viewer and amplifies it.

POUGHKEEPSIE TAPES
We shouldn’t be watching this. ‘The Poughkeepsie Tapes’ from director John Erick Dowdle (who went on to direct ‘As Above So Below’) never got a full release – but we did screen it at Panic Fest back in 2015. The film focuses on an abandoned house in Poughkeepsie, New York where murder investigators uncover hundreds of tapes showing decades of a serial killer’s work. I would love to hear if any of our readers have caught this film before and if so where? It’s almost like a dark web found footage film come to life because of how scarce it had become. While it was released in 2007 it was not until a few years ago until word spread about the film and it was more widely seen and has since grown in popularity. You can view it now on Amazon, Pluto TV and other places – but for the longest time it wasn’t so easy to view.

V/H/S/94
The V/H/S/ franchise features anthology short films strung together often times with a red thread that lets us know why we are watching these tapes. The latest installment is no different but features some killer films that has something for everyone. It could just be recency bias but this is my favorite installment in the franchise.

Something that makes found footage so endearing is it can be as low-fi and low budget as you want as long as the story is compelling and intriguing. V/H/S/94 has a combination of fun narrative storytelling mixed in with more heavy special FX like those in Timo Tjahjanto’s segment. The film was shot entirely during the pandemic which found footage can also lends itself to an advantage to shoot in more isolated sets and smaller crews.

The premise for V/H/S/94 starts out with a SWAT team unit that raids a supposed drug lab only to find a sinister cult compound whose collection of pre-recorded material uncovers a nightmarish conspiracy. Upon searching, they find multiple horrifying tapes. It features segments from Simon Barrett, Chole Okuno, Timo Tjahjanto, Ryan Prows and Jennifer Reeder.

HOST
Right time. Right place. Zoom meetings. Work from home horror. At the height of the pandemic came a horror film shot in the pandemic on Zoom. A familiar setting for those of us that had been working from home for months on end. While I was not particularly impressed by the film itself, in terms of the scare factor, it lands on my list because of the innovated approach it took to the found footage sub-genre. Something had never quite been done like this. Yes, there have been films using webcams as a device, but for the whole film to be shot on Zoom and pull off some of the effects was something to applaud.

THE TAKING OF DEBRAH LOGAN
A film about Alzheimer’s patients who uncover something sinister while documenting a woman who has the disease is a sad thing to watch. As it unfolds it becomes a frightening thing to watch. In fact there is one scene that will haunt your dreams forever. If you know, then you know. It’s….jaw dropping.

EXISTS & WILLOW CREEK:
What if the Patterson Gimlin tape was a found footage movie? Ok so I cheated here a bit by combining two films in one slot but hear me out. Eduardo Sanchez revisits the sub-genre that launched his career with a Bigfoot found footage film that is intense and doesn’t shy away from showing the beast. While Bobcat Goldthwait took a slightly different approach that you could say follows in the footsteps more of ‘The Blair Witch Project’ as the locals in the town of Willow Creek are being interviewed about Bigfoot before a single tension induced shot takes place in the couples tent while waiting out the beast.

THE HOUSES OCTOBER BUILT:
If you ever wanted to visit every haunted house on a cross country trip and document it then this is the film for you. While the characters at times feel over the top, they capture what can sometimes feel like the seedy underbelly of shady haunted attractions. From unsafe conditions to actors with no background checks the characters in this found footage film find themselves in some unsettling circumstances trying to figure out what is real or just part of the act.

THE VISIT:
I will be honest, I kind of forgot this film is technically found footage until I began making my list. But it certainly is just that. With some campy moments at times they are strategically placed there by M. Night to make you feel like the grandparents are just being sappy goofy people. But we come to find out they are hiding something more sinister that plays out on the grandchildren’s home video camera. This film was way better than I expected it to be and that is why it lands in my honorable mentions to round out my list.

What are some of your favorite found footage films that didn’t make my list? Drop them in the comments section or hit me up on Twitter / FB / Insta @downrightcreepy. 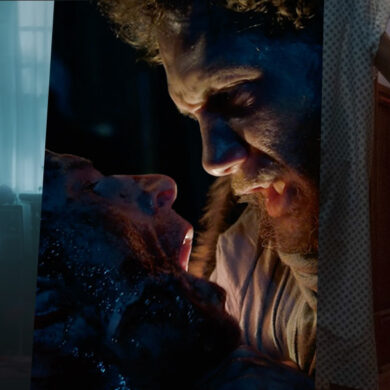