Horror Games You Might’ve Missed in 2022

If you haven't worked in hospitality.... you don't know true horror. 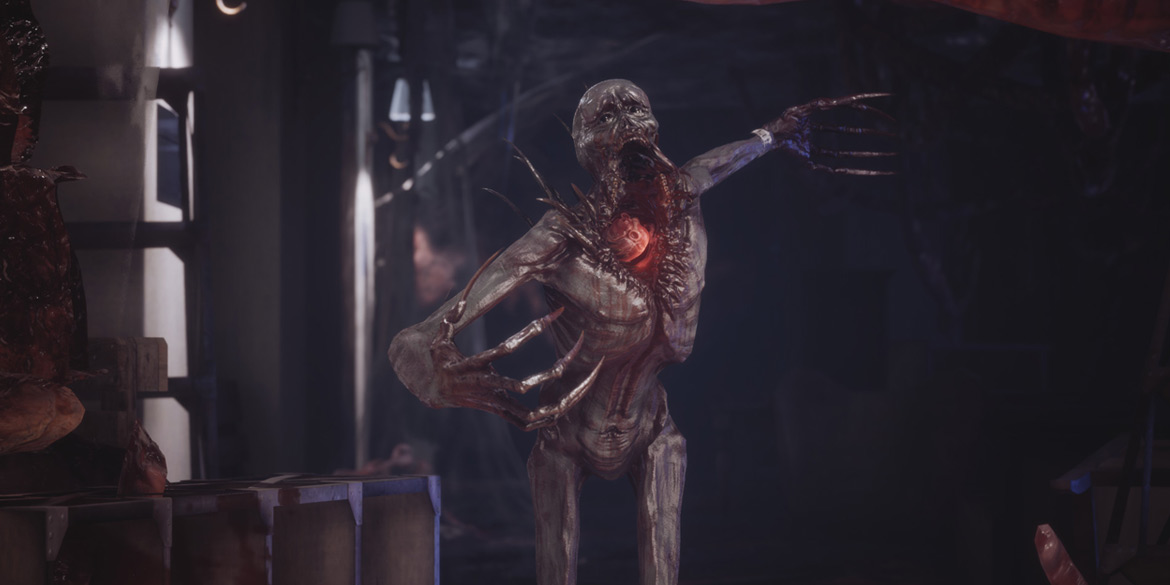 2022 brought gamers some truly terrifying and twisted horror games. With major releases from Resident Evil and A Plague Tale, it’s not uncommon for a few hidden gems to stay behind.

However, sometimes the things that hide in the shadows are scarier than the ones making the shadows. We’ve compiled a list of some of our favorite hidden gem horror games from this year – from magical lands and claustrophobic submarines to working in hospitality.

If you don’t see your favorites below, go check out our top picks list of 2022.

The Parasight’s Blacktail lives out the creation of the Slavic folk story of the Baba Yaga. After being expelled from her village from accusations of witchcraft, Yaga must decide whether to become the guardian of the woods or become the terror nightmares are made of.

In an enchanting world of magic with talking mushrooms, nefarious black cats, and repressed memories, every choice you make determines the mark you leave behind.

Chilla’s Art’s The Closing Shift is an immersive Japanese horror game following a girl’s experiences with a stalker during her closing shifts. Although stalkers are terrifying, Chilla’s Art also brings to light another truly terrifying experience: being a barista.

From the stress of trying to remember what goes in a Dark Mocha Chillappuccino to finding a strange man lurking around the store, The Closing Shift is a biblically accurate hospitality horror experience.

The Closing Shift is available for PC on Steam.

In this short horror game from David Szymanski, Iron Lung follows the stressful voyage of a one-man submarine. The claustrophobic ‘Iron Lung’ is sent to search for much-needed resources in the Blood Ocean with only limited resources. Players must navigate the submarine to marked locations using an incomplete map, proximity sensors, sound, and an old camera to capture images of what lurks in the Blood Ocean.

Leaking pipes, creaking hulls, and strange noises fluttering around just outside your submarine, this atmospheric nightmare will keep you on the edge of your seat.

Iron Lung is available on for Nintendo Switch and PC on Steam.

A pinch of crime really does make a difference in food. Bad Vices Games’ Ravenous Devils is a horror cooking simulator where you manage a tailor shop and a small, cozy pub. Players take on the roles of Percival and Hildred, whose only wish in their crime-ridden city is to get rich. While playing as Percival, players must wait for the opportune time to ambush his clients. At least Percival is eco-friendly and recycles the clothing from his victims. Once the victims are sent to the pub, Hildred processes them before serving her loyal customers. Think Sweeney Todd meets Hannibal.

As you upgrade the different businesses, you must be cautious – for someone knows your secret. But at least you can grow a cute little garden in your attic amongst the hanging corpses.

Ravenous Devils is available on PS4, PS5, Xbox One, Xbox Series X|S, Nintendo Switch, and for PC on Steam.

The idyllic St. Dinfa Hotel, home to strange disappearances and paranormal activity. After receiving a tip from a friend, an amateur journalist, Roberto Leites Lopes, travels to the hotel in hopes to break the story. After arriving at the hotel, Roberto finds a camera with a strange ability – it can see alternate timelines. With limited supplies, Roberto searches the hotel, finding grotesque human experiments, a cult, and horrifying monsters lurking in the once-grand hotel.